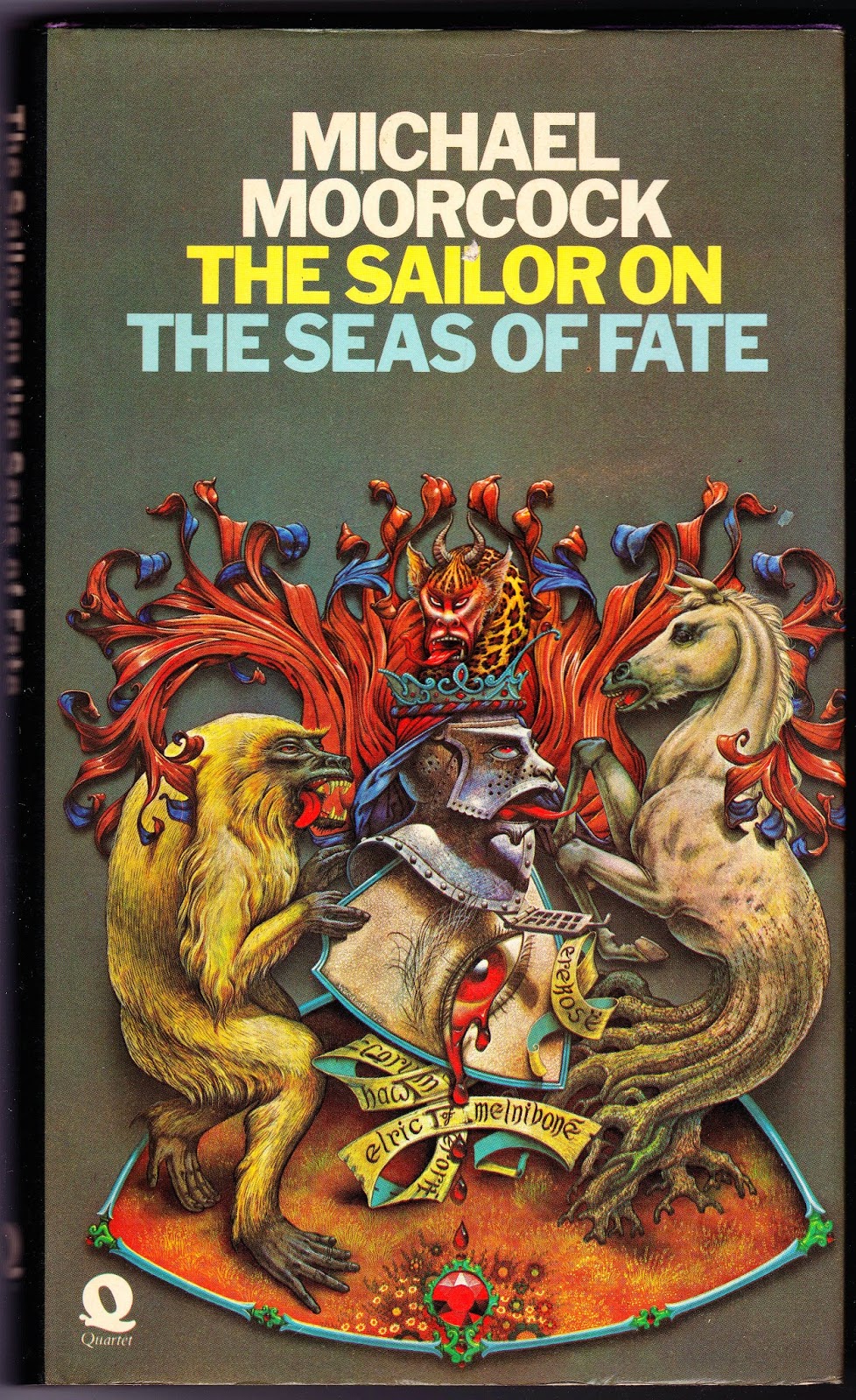 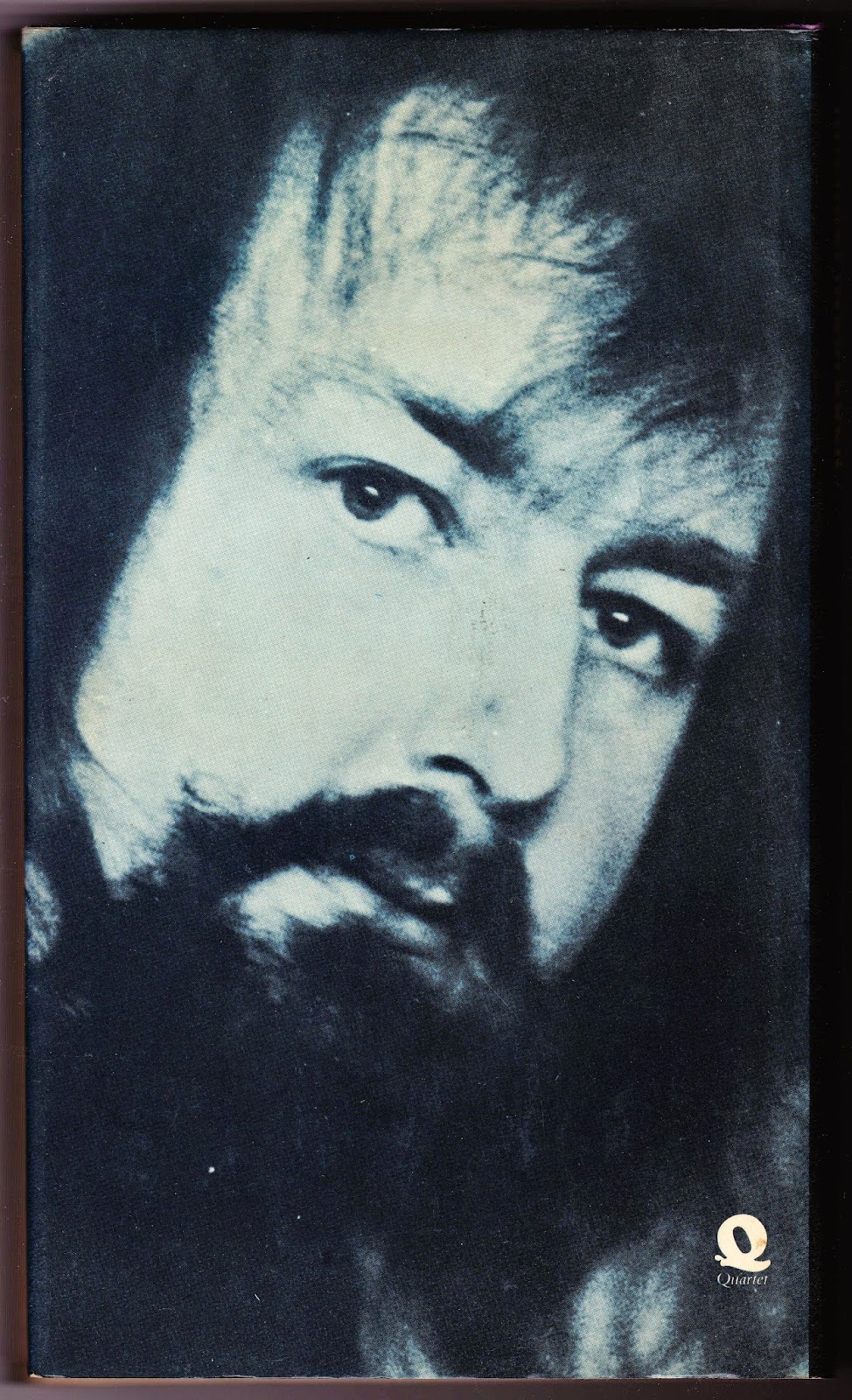 A brief note to flag up my recent rather niche Pinterest additions. You'll find scans of my dusty old collection of books by (or edited by) Ladbroke Grove's leg end: Michael Moorcock. I collected these books mainly in my late teens when recreational pursuits collided with an insatiable desire to read. There wasn't much on TV in those days.

But MM - never, it has to be said, the world's most nuanced of writers; he did churn them out, my galleries are the merest tip of a really big iceberg) - still managed to win you over with size. Not only with trilogies, quartets and endless series of novels, but also with the sheer size of his imagination. No matter that he was portly, had a big beard and probably invented steampunk (double boo! even if we didn't know it at the time, obviously). To my peer group he was cool. He even had his own pet rock band.

What's more, via the integral part he played in forging a new sci fi aesthetic as edior of influential journal, New Worlds, he was the portal to other, even cooler writers such as J G Ballard, M John Harrison, Roger Zelazny, Brian Aldiss, Thomas M. Disch, or even William Burroughs. 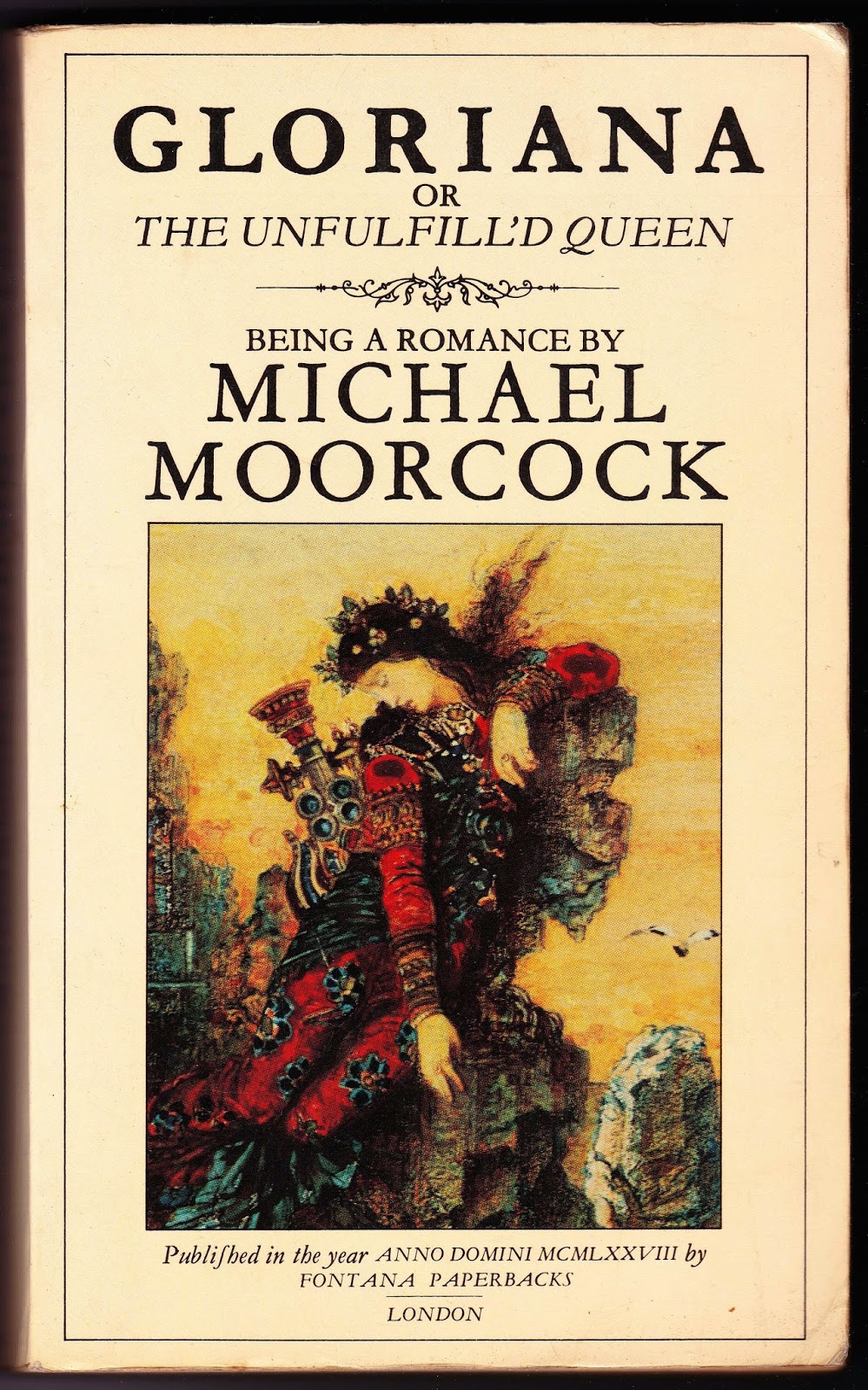 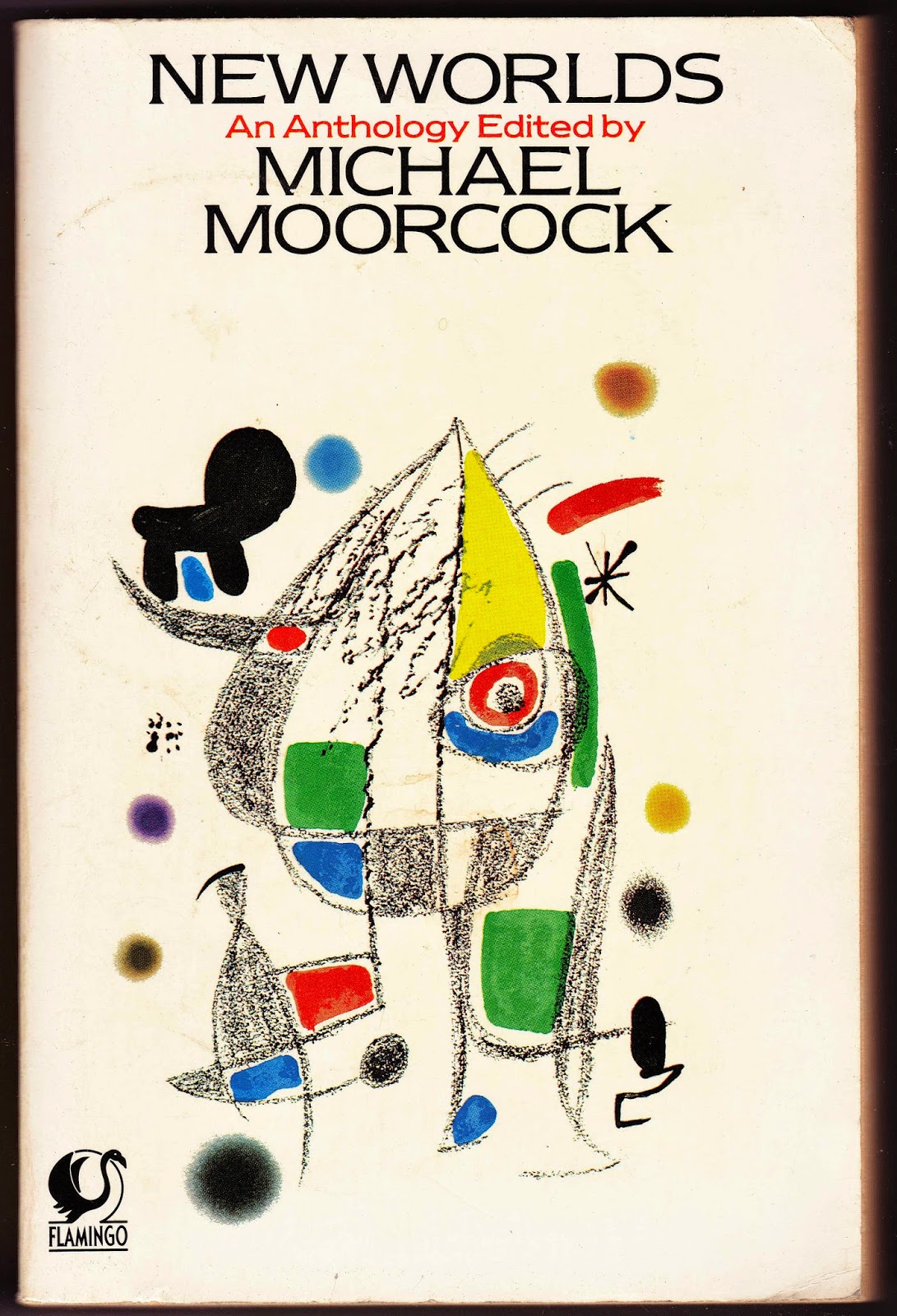 However I found that the tedious business of scanning lots of old books from my late adolescence focussed my mind on the way in which we experienced visual design a few decades ago. Was it design that brought music and literature so much closer together, or were the cultural lines merely so blurred in those far off days that illustrators could find work in more places?

Whatever the answer, the fact is that many of the artists who produced these covers also worked on album sleeves, cinema production design, magazines and more. They provided, in the absence of more than one Stanley Kubrick, the equivalent of today's brain melting CGI for the kids who, y'know, dug it. It also gave our world a kind of coherence. In the same way that Moorcock emulated his own Multiverse by writing a vast swathe of interlocking, intertextual books with recurring characters, the covers of the books connected us to other worlds, dreamed up by other musicians, writers and artists. Obvious, I know, but still true. 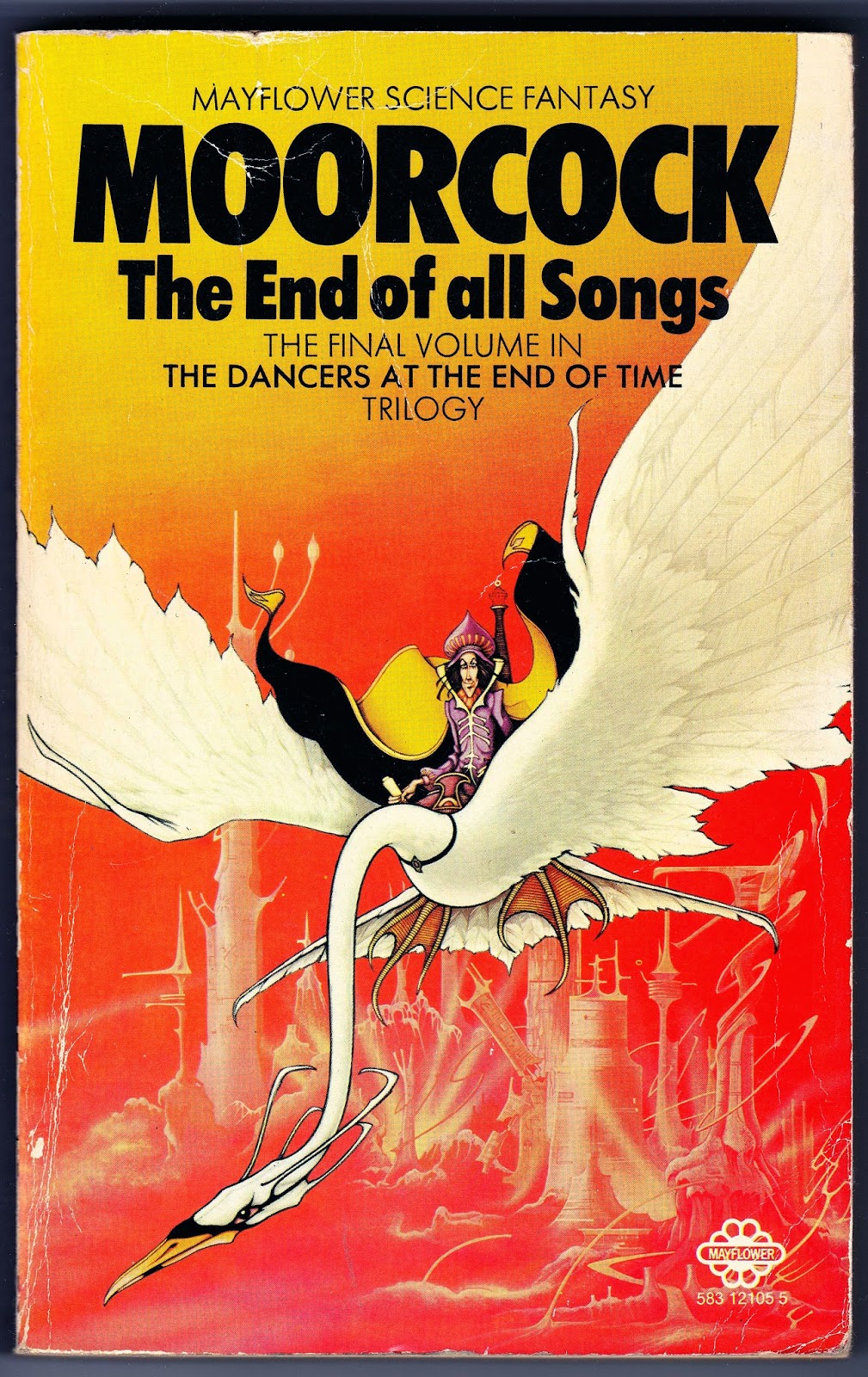 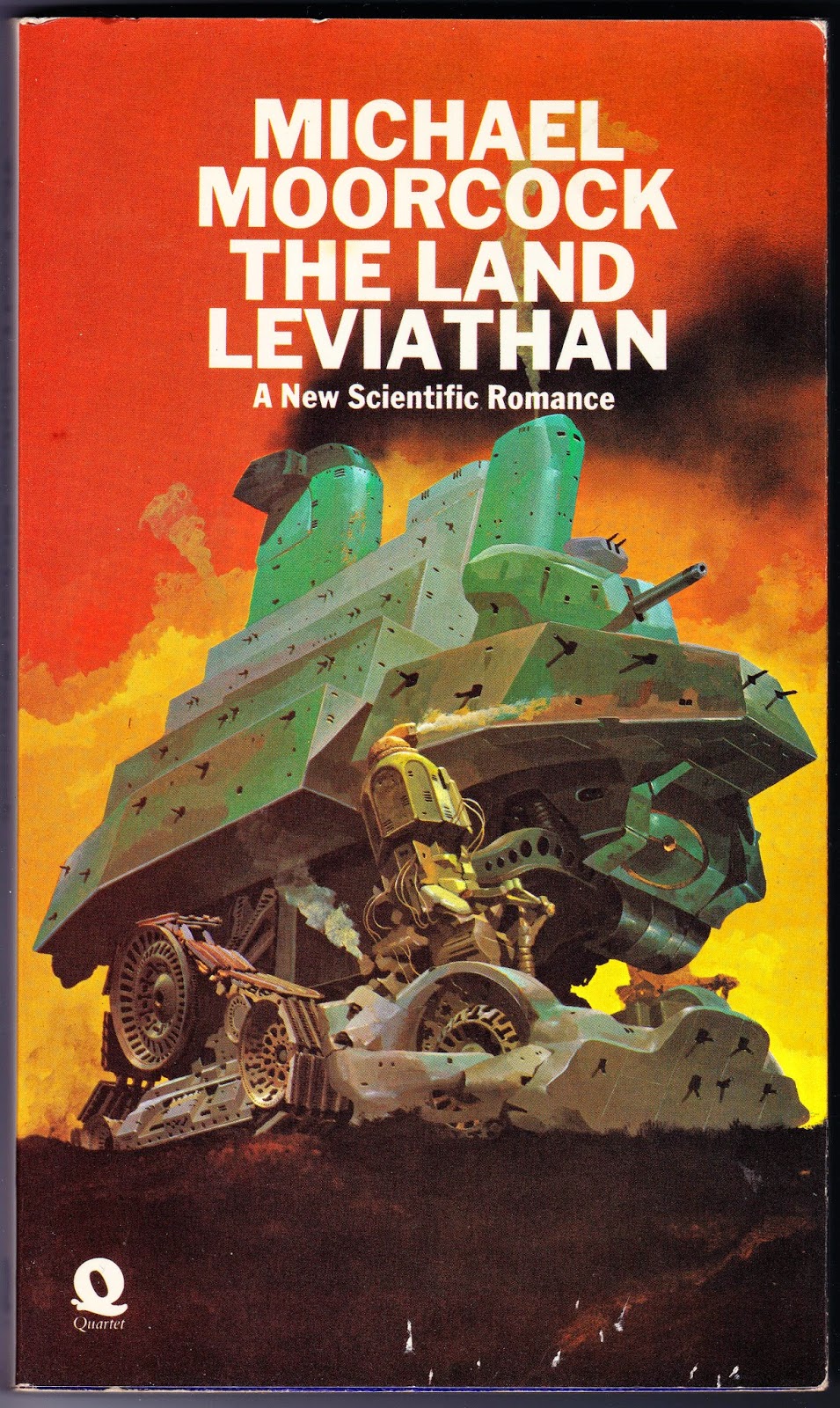 So there are covers by everyone, from Rodney Matthews (boo!), to Chris Foss (yay!), with even some real stinkers thrown in such as Boris Vallejo. The four 1979 Quartet Jerry Cornelius paperbacks are real favourites of mine. 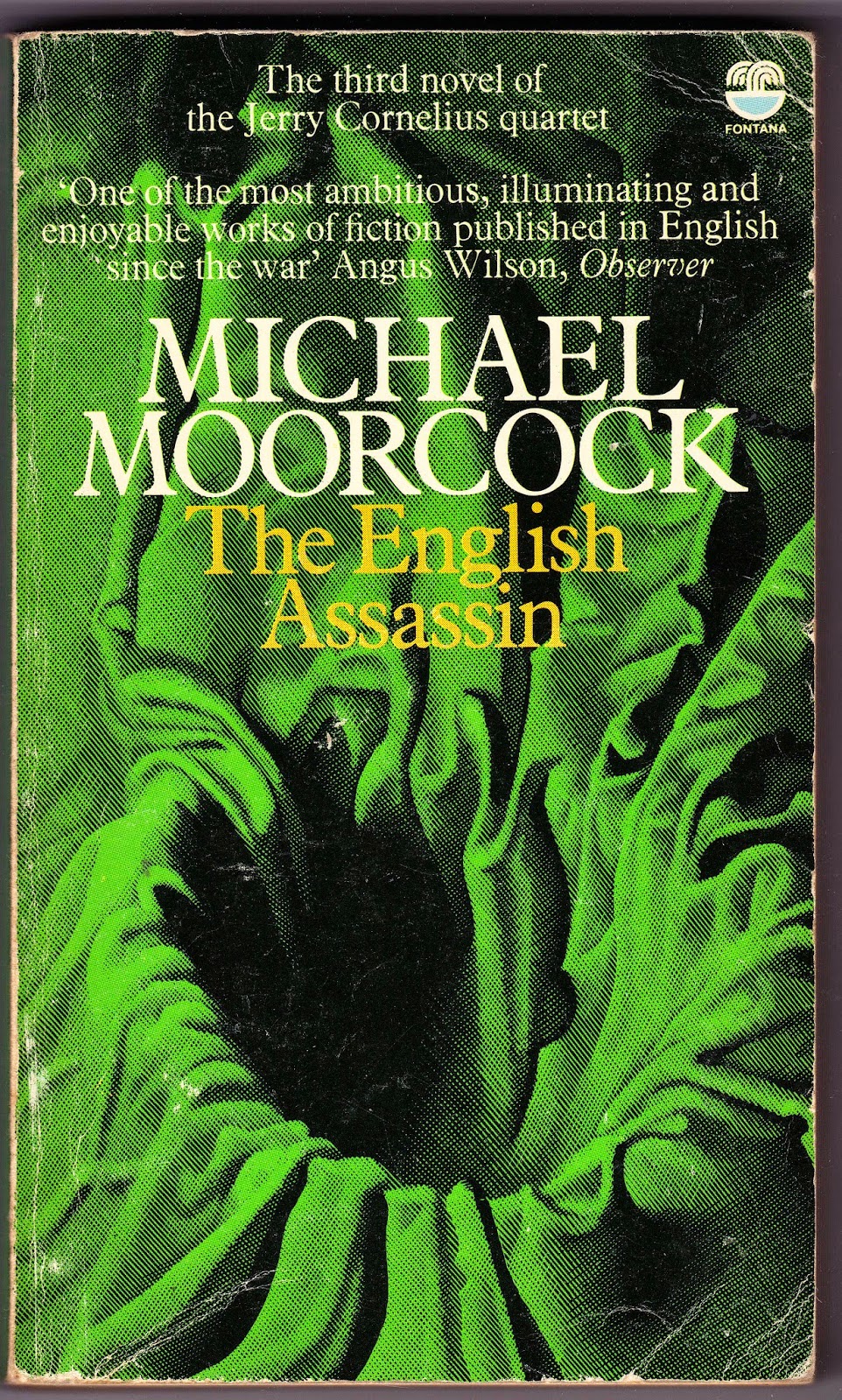 One board is entirely devoted to the work of Bob Haberfield who I know next to nothing about, except that he's Australian and (if still with us) 76 years old. At the time I found his covers brash and clumsy compared to, say, the jewel-like hallucinations of Patrick Woodroffe (above) or the elegance of Bill Sanderson's Jerry Cornelius covers. But putting them together I admire both their vigour and their variety. Does anyone else know any more about this guy? 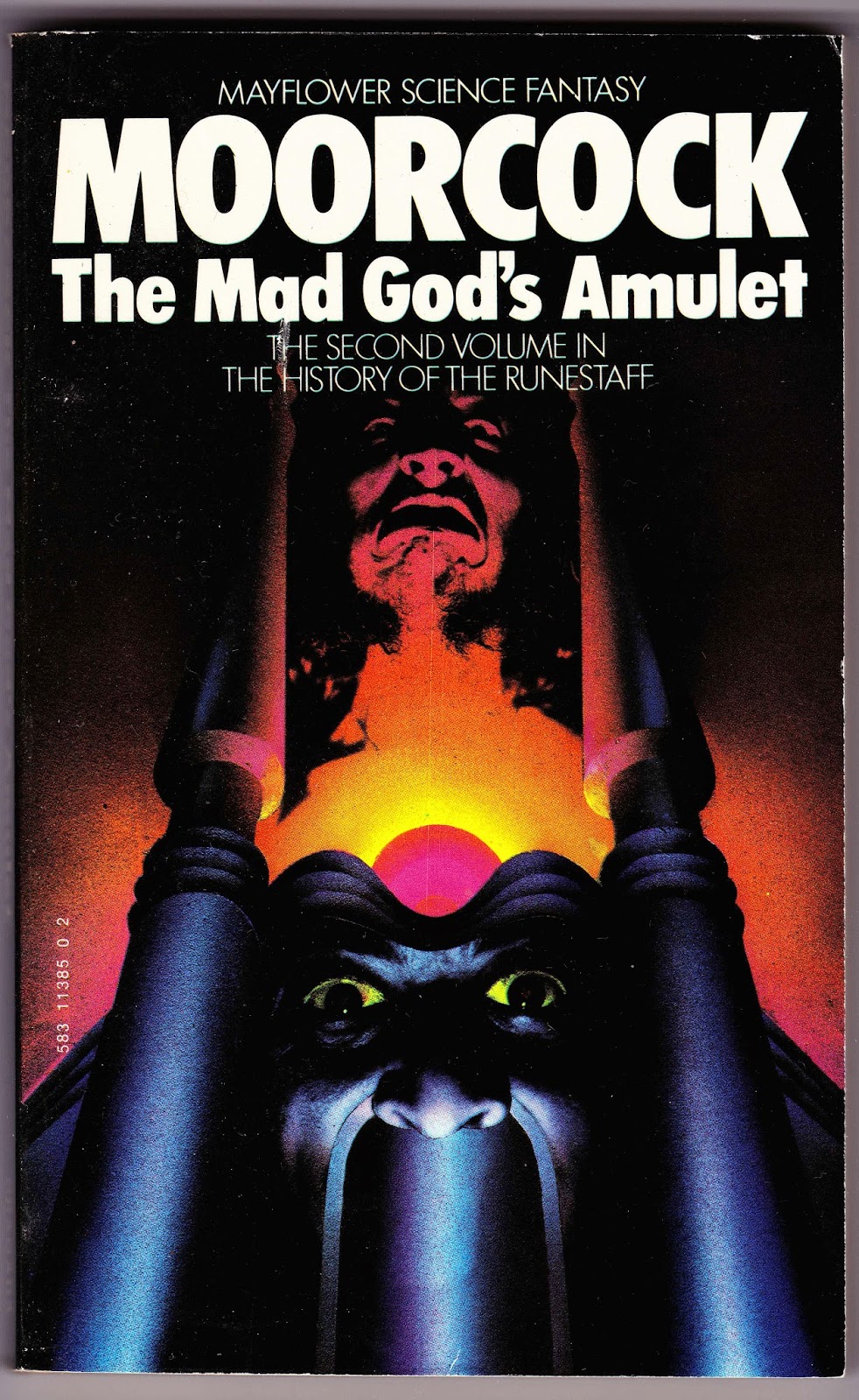 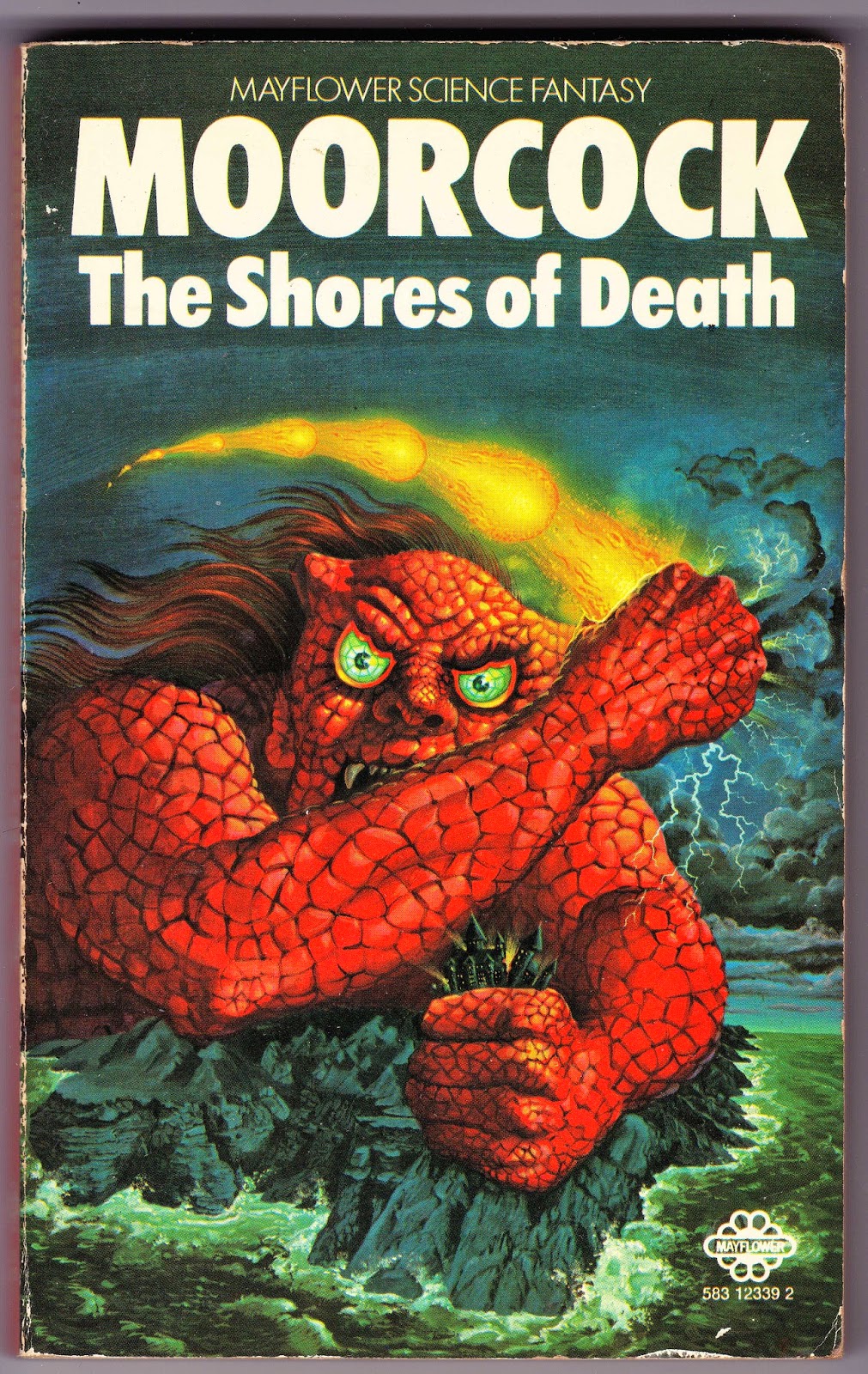 So, there you go. if you like dodgy '70s sci fi book covers, this may float yer boat...