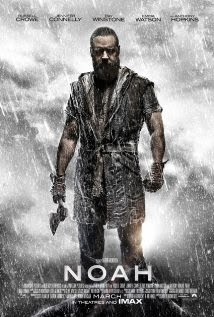 So I went to see Noah.

In a few months time I’ll look back at that sentence and think ‘WHY?’, so this post is an aide de memoire to try and describe what possessed me to see one of the dullest two hours committed to celluloid this year (yes, I KNOW no one uses celluloid anymore, but you get my point).

I’m currently fascinated by the trends in big-budget cinema. I have a theory (which I’m copyrighting right NOW) that the film industry is in a form of crisis similar to that which shook it in the early to mid 1960s. The facts speak for themselves: we’re awash with lavish, effects/costume-laden epics, unable to  restrict themselves to a length that doesn’t require two toilet breaks and a numb posterior. I almost wept for joy when I realised that Wes Anderson’s charming Grand Budapest Hotel clocked in at a mere 100 minutes.

Last week’s other big release in the grown-up fairytale department – Marvel’s latest instalment to their (rather well-constructed) Avengers franchise, Captain America: The Winter Soldier – is over two and a half hours of exposition and action set pieces (albeit laced with not only one quite politically daring sub plot but also another which can only be taken as being designed to appeal to the LGBT audience – so, yay! to Marvel). However, the superhero genre seems to now be transmogrifying into a big screen equivalent of a TV box set, so may not count in this context.

Elsewhere we have the latest 300 sequel as well as (what appears to be) a really cheap, sub-Spartacus Blood and Sand sword and sandal monstrosity: Hercules. I have yet to see either, but may succumb. I’m weird like that.

But do you see what I mean? Greco-Roman epics, magical realism, even bloated musicals have returned. If you’re a pessimist it may signal the end of small budget think-pieces for your local Odeon. If you’re an optimist we’re back in about 1965 and the cinematic underground is about to be reborn anew: Little Scorceses and Cassavetes just around the corner…

And as if to confirm the paranoia what do we now get? A BIBLICAL EPIC! Now, a cursory glance at the statistics show that anything relating to the Old Testament (that’s the Bible volume ONE, boys and girls – old Hebrew-style) has been off our screens for decades. The last version of Noah’s big bateau fest starred (I’m not making this up) John Voight and Mary Steenburgen hamming (ho ho) it up in a TV film in 1999. Even the Israelis wouldn’t go near such stuff: the 2010 Sodom and Gomorrah film, Zohi Sdom is a comedy!

So now, in 2014, the age of post-industrial, post-internet wisdom, we get not only Noah, but, coming up later in the year Ridley Scott’s adaptation of Exodus; complete with Christian Bale looking cross as Moses. To paraphrase Abraham on hearing from the Lord that he should shish kebab Isaac: WTF?

But let’s return to Noah. The only sane response to a film that Peter Bradshaw described as ‘muscular’ and even Sight and Sound seemed to think was ok, is to see why, potentially, it could have been alright and why so many critics seem to even give it the time of day. Firstly it’s a Darren Aronofsky film. Pi? Black Swan? REQUIEM FOR A DREAM??!? All of these will be as distant memories as you watch the degraded ‘filmcraft’ of Noah. As I sat amongst an audience who, judging by the sniggers, found it just as risible as me, I could not, for the life of me, see what the point of the film was: Some reconnection with Aronofsky’s Hebraic heritage? Maybe. But overall Noah comes across more as a kind of weak-willed eco-morality tale. There’s Russell Crowe (again, not in himself a necessarily bad thing – he can act) looking all forlorn as the titular man of God in a wicked, wicked world. Like some combination of Mad Max and DaveAngel, Russell’s here to tell us that eating animals is bad and our ravaging of Mother Earth is NOT COOL. Is this supposed to be an analogy for our modern world? 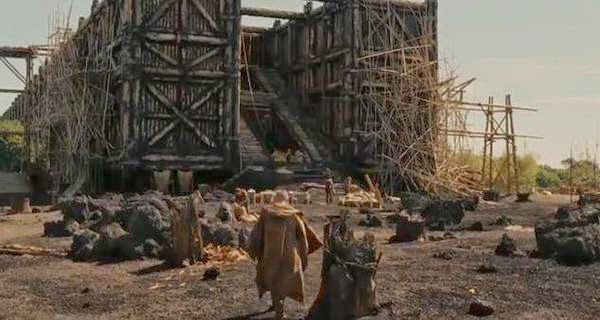 Two things struck me as really peculiar about Noah. One: for an epic film about the end of the world it feels pretty small-scale. Sticking in some sub-Hobbit rock monster/angels and avoiding too much genuine decadence or destruction in order to get the film its 12 certificate really loses a lot of potential. There's no sense of that tTechnicolour sweep which kept Charlton Heston and Victor Mature from getting too much. In one scene Noah witnesses man’s depravity and it almost approaches a Brueghel-like intensity. Almost. But on the whole it’s a simple tale of a big square boat and the ‘creator’ having a masterplan.

Secondly: the attendant publicity describes the film as ‘fun’. Yes, you read that right. Watching humanity bite the big one is fun. Well, not quite as fun as Roland Emmerich’s 2012, which pretty much did the same job, but at least was SO preposterous that it didn’t bore me. I’d rather be stuck on a boat with John Cusack than this bunch of stoney-faced old-timers. Jennifer Connelly (as Mrs Noah) looks as though she’s one missed meal short of starvation throughout. Maybe she could benefit from al that tasty livestock down in the hold? Actually, come to think of it, even the animals didn’t really get much of a look-in in Noah. Surely they were the whole point of the ark-building nonsense?

Ray Winstone mistakes a bit of leering (and a scar) for doing the job of ‘conveying the evils of humanity’ in his role as bad-guy, Tubal-cain. Emily Watson (also worryingly bird-like as Ila) at least manages to give a performance so dripping with young motherly misery as to make you believe that maybe she really should settle down now and have a couple of sprogs. Talk about broody… 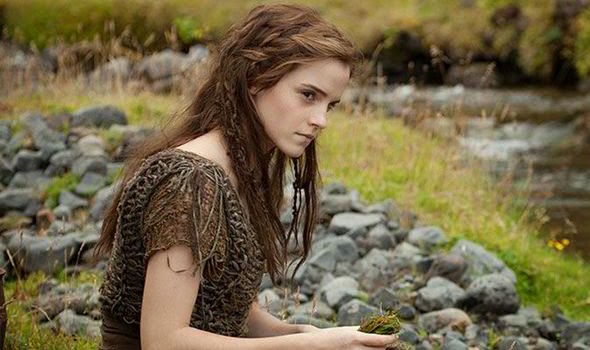 A little over 20 minutes into the film I realised what a potential the story had for a great science fiction re-telling as the ragged bunch of zealots encountered some scene of industrial destruction (this is a strangely post-apocalyptic world). How cool it would have been to imagine that a pre-flood world could have harboured modern technology, I thought. But no, Aronofsky sticks fairly rigidly to the official version (putting in a little imagination to explain Noah’s drunkenness), even leaving in the bloody dove and olive branch. Thank goodness Battlestar Galactica did the job several years ago, but it means that we’re stuck with a po-faced oddity that at times emulates Terence Mallick’s terrible Tree Of Life, only to break the spell with many inadvertent opportunities to chuckle. Biblical pregnancy tests, a young Ila asking Noah to sing to her (NO! Did she not SEE Les Miserables??!?) and the odd sight of a bunch of jews running round a big ship looking for Ham? The laughs kept a-coming. 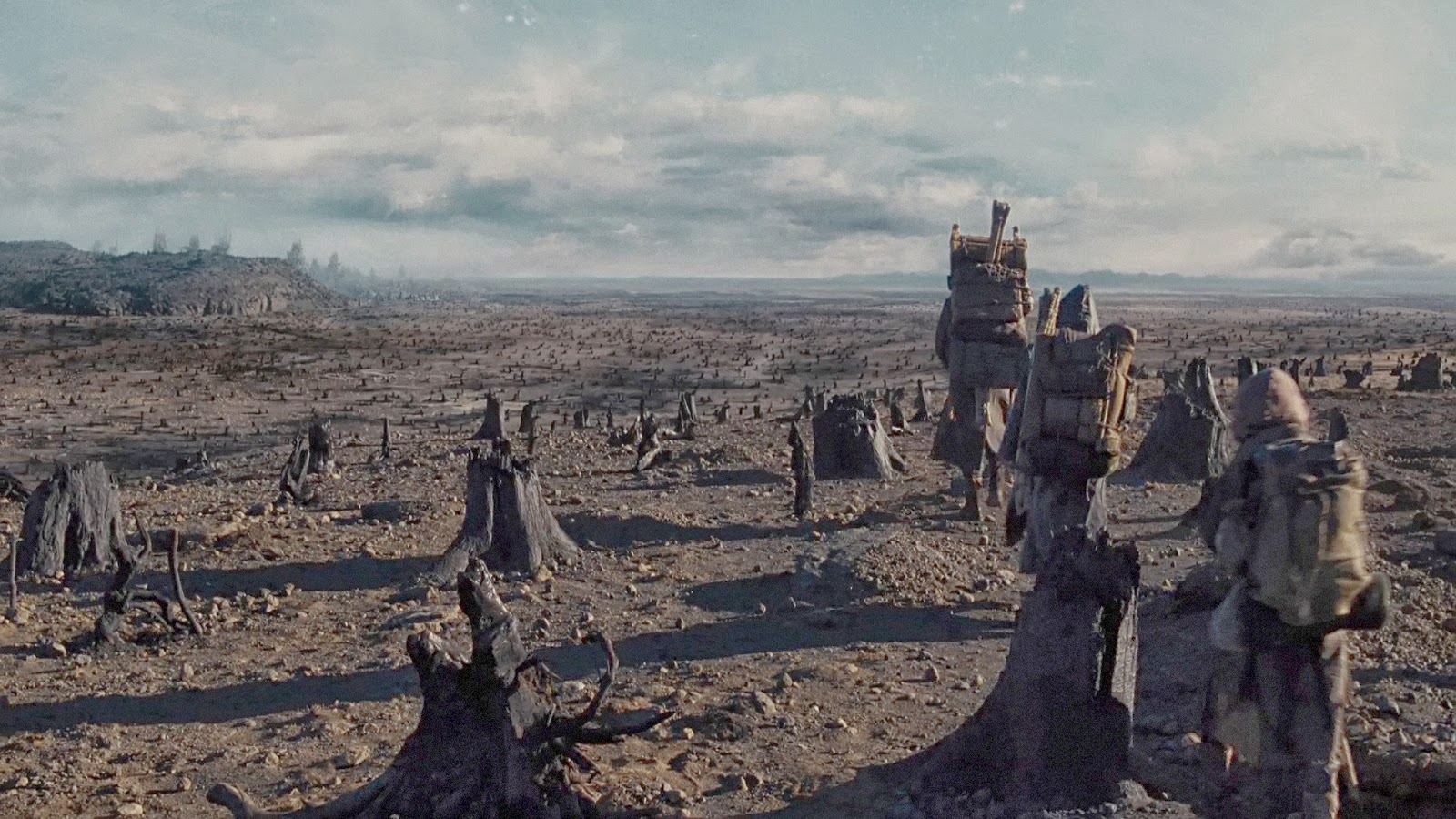 At the risk of offending fundamentalists, creationists and other such factions in my massive readership, what Aronofsky has done, is merely do what’s been happening in our cinemas for the last decade: serve up another fairy tale in a slightly polished form, merely (it seems) because we now have the awful CGI technology to do it. Just because it comes from a very, very old book, we shouldn’t see this as more significant than say jaclast years’ Jack The Giant-Killer, Oz The Great and Powerful, Clash of The Titans or (my personal favourite in awful ways to update folk tales) Hansel and Gretel: Witchhunters.

Now there was a film worth laughing at.
Posted by Chris Jones at Monday, April 07, 2014

My reaction as well. It was all quite disillusioning. Somewhere in my memory from my early youth was the thought that all these 'Biblical' stories were something quite significant. This movie, quite ably, points out that much of that so-call 'rich text' is actually mediocre Terry Brooks-style fantasy. Hmmmm! Imagine a future Civilisation based on 'Game of Thrones'!

Thanks, Laurie...
Indeed - it's totally hamfisted (ha!) CG--based hooey. Move along etc...
Which makes it all the more incredible that most UK critics seem to regard it as being quite worthy.
Baffling...