Little Things That Mean So Much pt1

A rather obscure, some may even say 'anal' one this. But listening to the Pink Floyd (as one does) the other day reminded me of something I've been meaning to do for a loooong time: start cataloguing the tiny, almost imperceptible things that make a record retain its place in your heart. I'm talking about those inexplicable noises, glitches and boinks that somehow, in some way make you love them even more than you should. For some reason these imperfections, whether they be deliberate or no, weld the public to the personal. It's actually one of the reasons that a vast quantity of music these days is UNlovable. The bottled, freeze-dried rebellion of guitar rock these days, processed to an inch of its life, may be loud or intricate, but it has an unrelenting purposefulness to it all. If Green Day want you to know that they're signifying loud and snotty it will come packaged with a guitar sound that came box fresh off the effects rack. There's a track on the first Ramones album where you can HEAR the speaker cones collapsing under the assault. The two are totally different beasts. But this isn''t a rant about how digital technology has stolen the soul of modern music. If you use your brain you can still introduce the elements of both randomness and mystery. No, this is about those tiny moments that make a record special. Contributions and suggestions as always welcomed.
Here's five to start with: 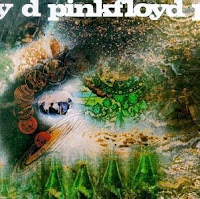 Syd Barrett's last hurrah with his old band. He plays the eery slide (with the obligatory ciggy lighter, natch). Over the rolling toms of Norman Smith (not Nick '4/4' Mason) Syd's wayward runs up and down the neck turn Rick Wright's rather lovely English psych classic into something far darker. Quite right too. But as the last echoes of his solo fade, to be replaced by a fuzz drone, we hear... something. A guitar being unplugged? Syd leaving the building in search of his marbles? Who knows. But it's a great clunk. 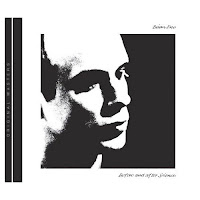 There's million Eno moments that endear the bald one to all right-thinking folk. But this was always my fave. From one of my personal top three Eno albums. It takes its own sweet time to come floating in, like the boat holding the titular Julie (there's a whole essay to be written about Eno's connection with water, rivers and the sea). And over some lovely backwards keyboards, sighing guitar and pulsing bass, resembling a warning buoy rolling in through some fog, comes the tolling of a bell. Bells are pretty evocative things at the best of times. But this one is the best. Ever.
It comes back at 3'33'' btw. 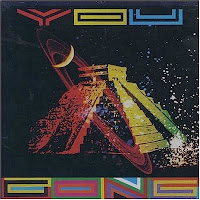 The last of the 'Radio Gnome' trilogy and the one where the band precariously balance some extended freak outs with Daevid Allen's penchant for quirkier stuff. This track ending the original side one has always been a big favourite (you should also check out the live version on the reunion gig album, 'Gong Est Mort'). Beginning with a glissando, synthesizer, tabla and bass raga, at the four minute mark it becomes a odd-metered fusion work out that transports you every time into the ether blah blah...
But representing the return to earthly hell at around the five minute mark is some fierce guitar wrangling from Steve Hillage which eventually dumps you on some desolate shore with only some drones and pan pipes for company. Then inexplicably we hear a buzzer and some bells in quick succession. It's an incongruous jolt which seems to signify 'your time on the planet of the Pot Head Pixies is OVER' Goodness knows why, but there it is. And I wouldn't have it any other way. 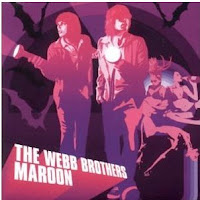 From the bruvvers' way underrated album that's all about how nasty a drug cocaine is. A song about a girlfriend od'ing? Who knows. But to reflect the tragic, empty space that coke fiends inhabit all the songs on this album come with a string-assisted grandiosity that's at once beautiful and terrible. Beginning with the orchestra and grand piano, it's like the ELO, well... on coke. Then as the vocals come in over a metronomic drum machine tick describing the girl turning, yes, powder pale, you suddenly hear the guitar getting all cranked up to burst loose over the recurring theme. Its impressive because it really signals the intention to get overblown, it sounds fucking amazing and ragged. And it may be the only song I know where the chorus has no words. Clever boys. Wonder where they got it from? (addendum: if anyone says that the chunks at the beginning of the chorus of Creep by Radiohead are better, they're wrong.) 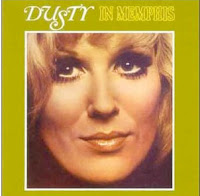 Yes, just seven seconds not only into the song but the album itself comes this beauty. The first time I heard it I was amazed. How could such a pinnacle of performance, songwriting and production be flawed? It's an almost comical guitar plink (is that you, Reggie Young?) that, for some unknown reason, made it past the ears of both Jerry Wexler AND Arif Mardin. maybe they recorded it live and it was far and away the best take, but boy, it always makes me laugh. And it also makes me love this wonderful, grown up slice of blue-eyed, southern-fried soul even more.
Go on, dig out your copy now and have a laugh...
Posted by Chris Jones at Wednesday, July 22, 2009

Gentle Giant:Three Friends
'Mr. Class And Quality'.
Half way through this 'prog' outing, there's a VERY primal blues-guitar solo. And halfway through this (at the 4:10 mark), Gary Green gives this great, guttural grunt as he squeezes out the next note. Gets me every time.

... had a little of this about it. wrt to Carol Kaye and the bassline to 'These Boots Are Made For Walking', and others.

"'The Wrecking Crew' proves how wrong my Beatles correspondent was. And I think most rock fans are probably every bit as wrong in exactly the same way. They think greatness in pop is all about soul and inspiration and having your heart in the right place. It's not. It's about the tiny details that, in the words of some musician here, "make the tune pop". If it doesn't pop all the elements - song, singer, musicians and that unspecified box of skills which we in our ignorance summarise under the word "production" - just lie there on the slab. When these musicians used the word "pop" it's as a verb, not a noun."