One of the natural by-products of a post-feminist world for old codgers like myself who did most of their ‘growing up’ in the ‘70s and ‘80s is that you often end up watching a film and not being sure if you’re even allowed to enjoy it. Remember that lesbian love scene in Mulholland Drive? I’m still not entirely certain that David Lynch should have got away with it. And there’s a moment about 15 minutes into Peter Strickland’s latest film, The Duke Of Burgundy, where you begin to question your own motives in watching the film as well as the (male) director’s for making it. But rather than leaving you about to vacate your seat Strickland pulls an almost genius trick which completely reverses your preconceptions of what, until that point, seemed dangerously close to exploitative. 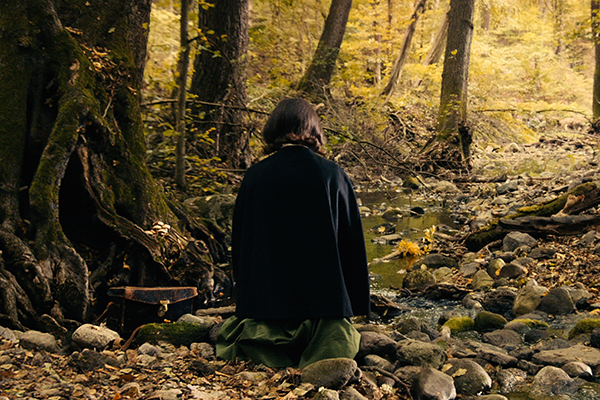 Rather childishly referred to as either ‘mucky’ in the Guardian’s review or 'kinky' in the Telegraph's, The Duke Of Burgundy actually examines a rather touching lesbian S&M relationship between Cynthia and Evelyn. The most notable immediate fact about their mannered, repressed, corseted world full of display cabinets filled with butterflies and moths is the fact that there are no men in it, whatsoever. The two women inhabit a huge villa in some academic town in some unknown country (actually Hungary), and appear to be spending the summer/autumn months pursuing a shared interest in entomology, studying in a dusty old library and attending lectures along with a whole crowd of what can only described as similarly attired MILFs. Strickland uses these lectures to up the weirdness factor (for some unknown reason, one of the attendees is a lifeless mannequin – presumably to highlight the film’s dressing-up subplot). One of them involves the entire audience of women listening to a field recording of an insect’s stridulations (I never thought I’d ever use that word): all them staring vacantly ahead, like some insect-worshipping cult. 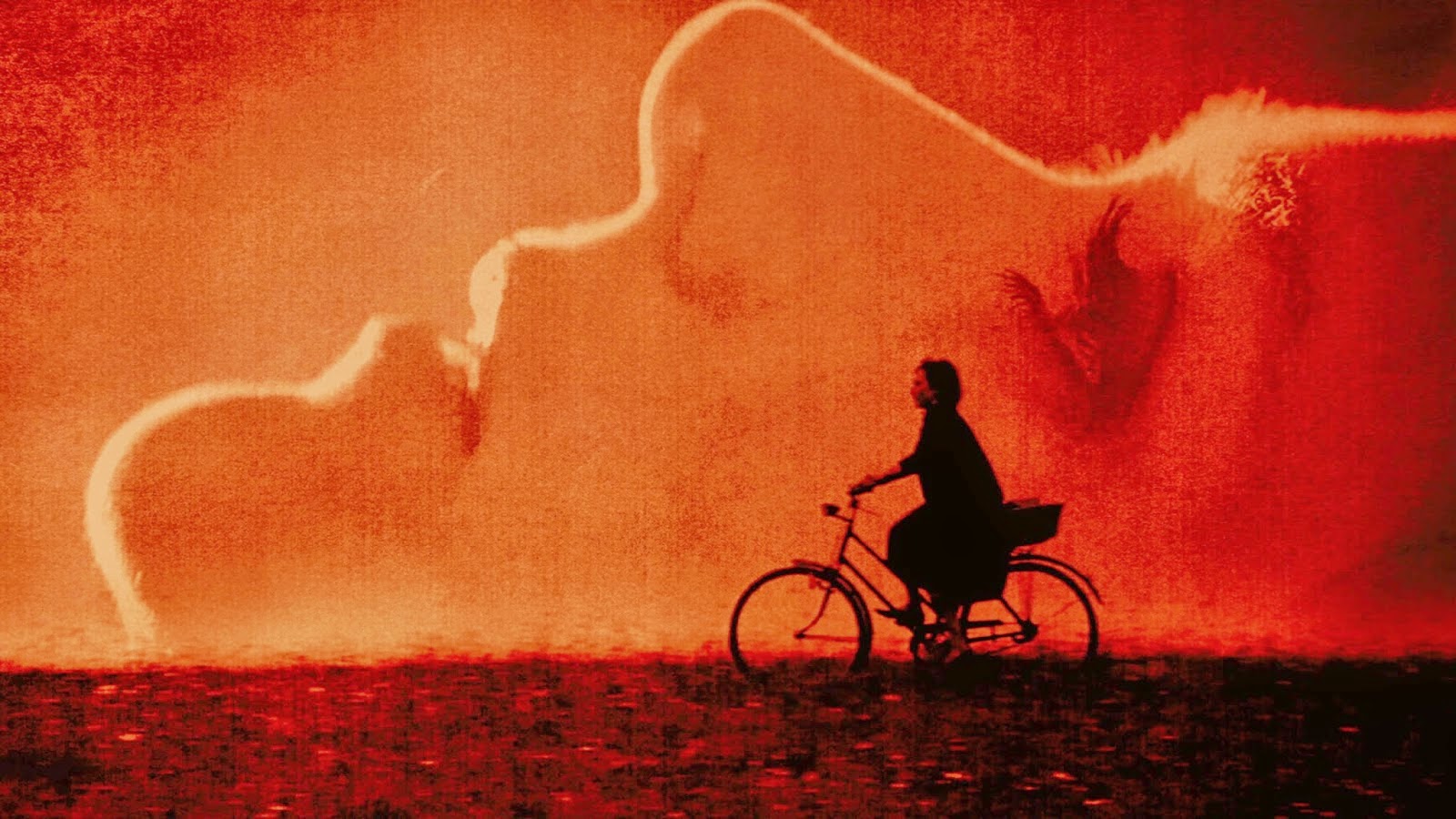 Together the pair explores the notions of power, control, fetishism and role-playing within a love affair. Their games initially entail aspects of humiliation that quickly reach levels that, as mentioned above, will undoubtedly test the endurance of the un-kinkier members of the film’s audience. 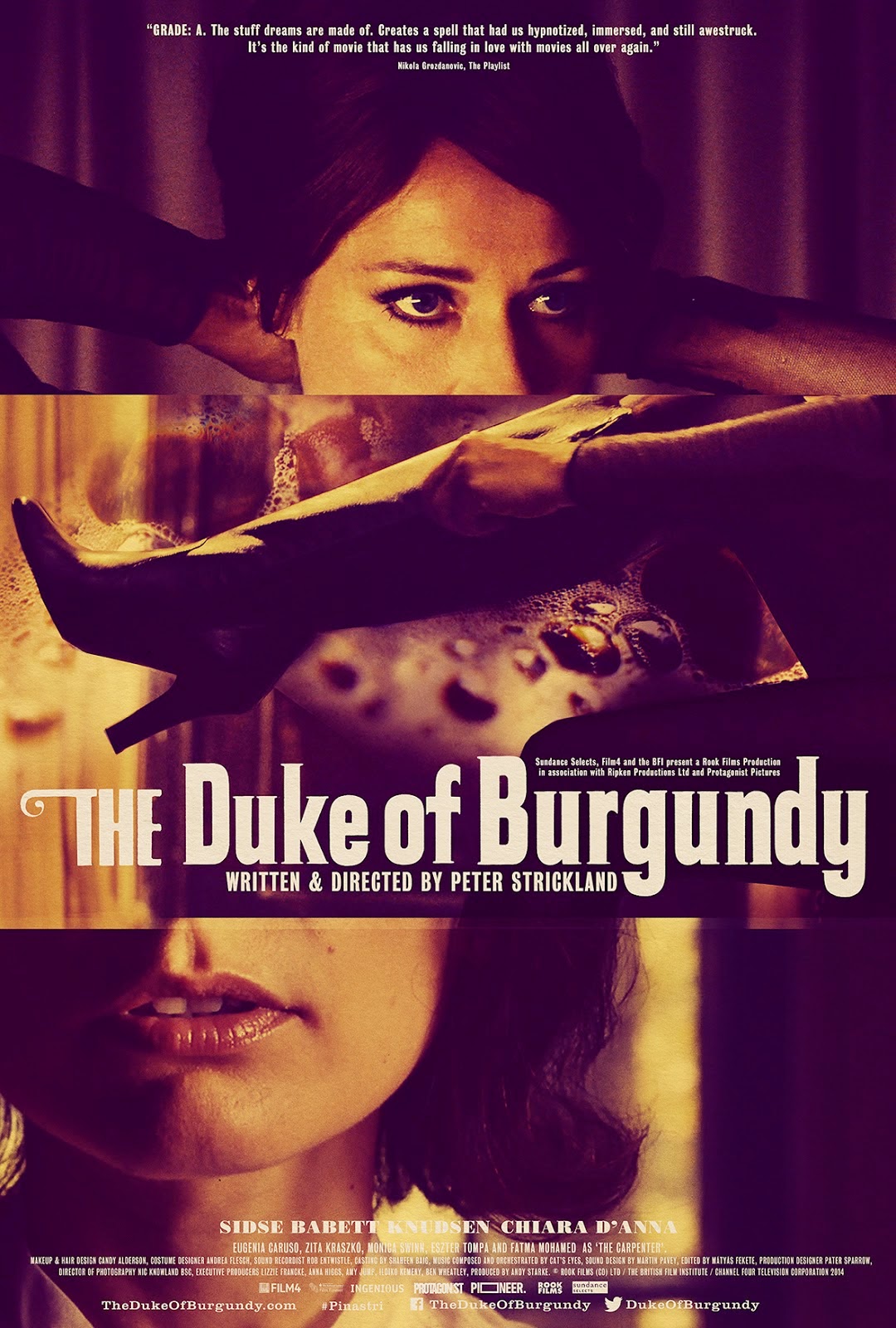 There’s an imbalance born of age difference that inevitably sees the ‘games’ become increasingly strained in their artifice. But the film’s masterstroke is in not doing what last year’s Blue Is The Warmest Colour did with its supposedly ground-breaking depiction of gay love, and resorting to an inevitable decline and break up. Just as you think you have figured out the imbalance of power in the relationship (the film’s focus of power is always ambiguous despite the pair’s well-defined ‘roles’ in their games) it takes a new turn and we’re returned to the possibility that just maybe these two women can make their very special form of foreplay work, despite the effort and commitment required. On top of this it’s a heartening depiction of an older woman as sexual and real. 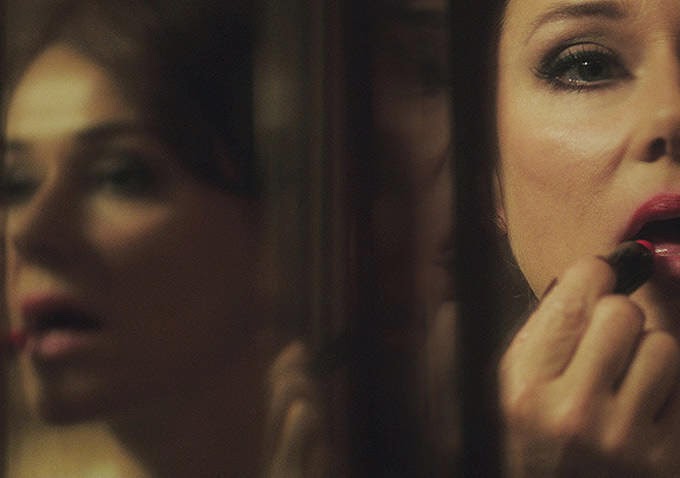 This isn’t to say that that the film’s narrative, like Strickland’s last offering, the excellent Berberian Sound Studio, ever strays too far from the psychedelic/experimental (contrasting ‘70s film effect tropes with digital technology). In fact Strickland’s modus operandi, on the surface can often seem to be a homage/resurrection of ‘70s film genres (not unlike producer Ben Wheatley, whose own next project in retro fetishism after A Field In England is a promising adaptation of J. G. Ballard’s High-Rise). Here in The Duke Of Burgundy, the source visual material is a disconcerting blend of the same Hammer/Giallo horror that drove his last film, along with distinct nods to perhaps the last taboo from my formative years: arthouse soft-porn. The opening credits ape the style of early ‘70s adult flicks, meanwhile the spirit of Ingrid Pitt constantly lurks, especially during Evelyn’s nightie-clad, candelabra wielding, night time walks.

Post-production dubbed dialogue and use of prismatic filters all add to the Emmanuelle-reborn ambience, but The Duke of Burgundy’s often cold, formal tone and mannered performances - not unlike Peter Greenaway’s best work - is also offset by humour: for example, in its opening credits for a perfume manufacturer. It’s also possibly the only film you’ll see this year that has closing credits that include the species of insects in order of appearance (trivia fans note: the film’s title is a species of butterfly) as well as notations of the exact locations and equipment used for sourced field recordings. Chris Watson would be proud. It’s also a nod to Berberian Sound Studio’s Gilderoy and his recording equipment fetish. Whether this highlights Strickland’s own, more masculine fetishes to offset the feminine plotline remains unclear. 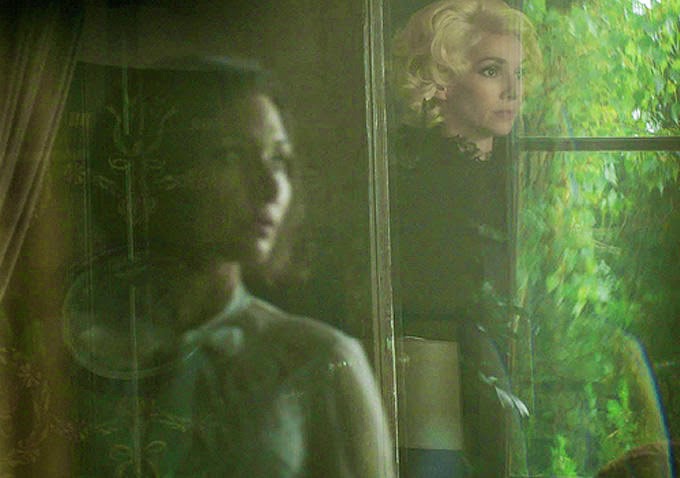 But in fact the film seems to act as a rejoinder for all the women who are so murderously exploited off-screen in Berberian Sound Studio, with the film’s main female protagonist, Fatma Mohamed reappearing here as ‘The Carpenter’, a woman who wields a tape measure like an instrument of pleasure and supplies not only bespoke fetishist’s furniture but also the film’s funniest line (about a 'human toilet' - don't ask...).

Such an audacious attempt to map the perverse means that The Duke of Burgundy is a film which tries, almost too desperately sometimes, to defy description or pigeonholing, as if Strickland wants his audiences to go back to friends and family to gasp, ‘that was bonkers!’. Well, it IS bonkers but as a protracted exercise in weirdness it falls slightly short of the mark, mainly because the trick of maintaining an hallucinatory quality alongside an almost scientific examination of the strains attendant to such a depicted relationship is an almost impossible one to pull off. Strickland still remains one of our most promising directors, despite all of this.

Perhaps most importantly, as a depiction of the possibilities of mutually agreed levels of punishment and ritual as sexual it’s undoubtedly streets ahead of this year’s most eagerly awaited piece of populist schlock erotica, 50 Shades of Grey. In fact I’d challenge any independent cinema owners out there to show the two in a double bill. While I’ve no idea (or interest, even) in how the latter will play on the big screen, I’m 99.9% certain that it won’t approach The Duke of Burgundy’s level of intelligence, daring or transgression.
The Duke Of Burgundy is released in the UK on 20th February
Posted by Chris Jones at Saturday, January 24, 2015

Thoughtful review, as ever. Actually really looking forward to this - and not to 50 Shades ;0) I like your idea of a double bill, though. I remember a double bill of Breillat's "Romance" and "Ai No Corrida" at the Riverside some years ago from which I've never entirely recovered.