In the spirit of moving things along I thought I'd jump straight back in with another of this new occasional series highlighting terrible songs that still have some redemption in the shape of twangy goodness at their hearts.

In fact, it was while researching the previous inaugural piece that I discovered the dark secret behind this particular song. Reading an interview with Brian Setzer (probably best known to my generation as the blonde leader of rockabilly one hit wonders, The Stray Cats) I stumbled across the tragic back story behind one of my least favourite singles in the history of recorded music: 'Rock Around The Clock' by Bill Haley and his Comets. 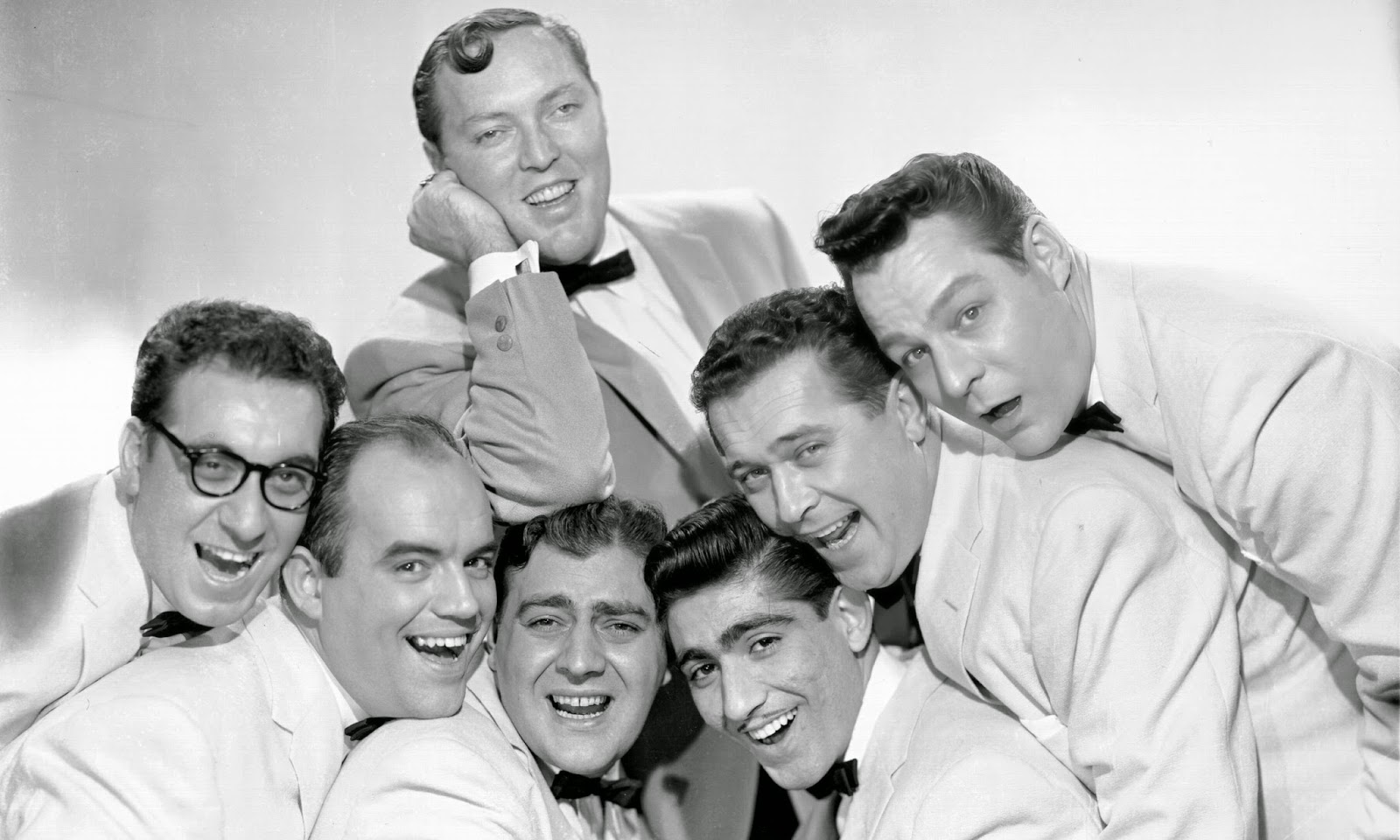 Setzer, listing his five favourite solos of all-time, chooses a selection of predictably 'jumpin'' numbers that fit right in with his (admittedly hugely enjoyable - the man really is a great musician) jive-friendly profile. I was surprised that in amongst the Cliff Gallup and Eddie Cochran credibility was Haley and his Comet's workmanlike if record breaking, err... record.

I'm fully aware of the song's importance as the first real rock 'n' roll crossover hit in 1954. Written two years earlier by Max Freedman and James Myers and originally recorded, not by Haley and his combo, but by the awfully-monikered, Sunny Dae and his Knights; the song was rock's first number one hit and unquestionably opened the door to far more exciting fare from the genre's most exciting pioneers, from Elvis to Jerry Lee Lewis and Little Richard. Yet at this distance the song sounds even more bland and ersatz as it did in my youth. My particular generation couldn't escape the simplistic 12-bar tedium of it, even in the '70s, as I distinctly remember it being re-released (undoubtedly as a 20 year anniversary celebration) and gaining the top spot in the UK charts all over again. Happy days.

And while one may argue that 25 million plus copies sold is proof enough that this is a great song, its anachronistic jump jive delivery and hokey lyrics seemed (to me) obviously cooked up to cash in on something that was already well underway amongst the youth of '50s America. Not only that, but Haley and co. looked like creepy uncles in their matching tartan drape coats and receding hairlines. This is remarkable because when Haley recorded the song for Decca he was still under 30. In fact he was only 55 when he died in 1981 (seemingly of alcoholism) - but I well remember thinking that he looked about a million when he reappeared on the TV screens in the early '70s. People really DID age faster in those days...

But I'm not here to bash poor old Bill but to deconstruct the song that, once it was featured in the following year's Blackboard Jungle, became a three-minute encapsulation of wild, untamed teens, drinking soda, ripping up cinema seats and sassing back to their moms and dads. Its attendant hour-counting lyric was tailor-made for dividing the song into three verses (four hours apiece, natch), not unlike Eddie Cochrane's similarly brain-dead 'Twenty Flight Rock', wherein our hero climbs some stairs, leaving him too knackered to 'rock' (hehe). But Eddie looked, sounded and played like a proper lithe young rock 'n' roll idol. Haley's Comets deliver a strangely lumpy melange of rockabilly slap bass and big band bluster. Coming from a country background the song's instrumentation was also odd: marking some evolutionary mid-point that prefaced the stripped-down approach that set teenagers free to make their own racket. One look at film of the band taken at the period shows the line-up boasting not only an ACCORDION player, but also a pedal steel guitar. I'd argue that until the late '60s and the birth of true country rock via The Byrds and The Grateful Dead, this instrument had no place in the birth of youthful rebellion*.

And it drags terribly. Every time this came on the radio (and due to its lack of fade out) you HAD to hear all 12 hours of the dreadful thing, and it seemed like three minutes lasted an eon. Listen today to 'Great Balls of Fire' or 'Tutti Frutti' and adrenaline still stirs in these ageing veins. This was never the case for 'Rock Around The Clock'. And yet a whole previous generation, from John Lennon to David Gilmour, went on record to say how their lives were irrevocably altered by this one song. Why?

Well, obviously in 1954, the radio was ostensibly a wasteland, devoid of up-tempo thrills beyond the odd jived-up country number from the likes of Hank Williams ('Move It On Over' bears a striking resemblance to RATC), jump blues of the likes of Louis Jordan (early rock 'n' roll's true precursor), rare airings of bop jazz or really turbo-charged big band fare. So Haley and his band - scoring the first mainstream airplay for rock - must have sounded pretty radical in comparison. But only up to a point.

I'd argue that the real gravy lay in the guitar solo that transports the song into a much more dangerous realm. And here's where the story gets tragic. It turns out that this arpeggiated beauty was performed by Danny Cedrone, a jazz-influenced session man who led his own band (The Esquire Boys) and who played sessions for Haley, when his band were called The Saddlemen. It was this band who recorded a cover version of 'Rocket 88', a song which lays claim to being one of the first rock 'n' roll songs ever written (in 1951). As to why Cedrone's superb solo represents a tragedy? Well, a mere week after the session was recorded, the man fell down a flight of stairs and fatally broke his neck at the age of 33.

Thus one of the first (if not the first), most influential and best electric guitar solos in history belongs to a man who never even lived to hear it played on the radio or earn a single cent of those 25 million sales. And what's more, it's in the middle of a lousy song. Life, readers, is NOT fair at all.

*I'd also argue that the accordion has no place anywhere, but that's a different issue altogether
Posted by Chris Jones at Monday, October 06, 2014