News just in that H.R. Giger, the Swiss artist has passed away at the age of 74 following a fall in his Zurich home.

As this news story on the BBC indicates, Giger was most popularly known as the man who conceived of the nightmarish alien in Ridley Scott's classic sci fi film of the same name. In fact his production designs for the film had been honed by his work in previous years on Alejandro Jodorowsky's aborted Dune project which I've written about at length several times on this blog. What's more he worked again with Scott on the woeful prequel Prometheus, where his paintings (and the use of designs from his Dune days) were just about the best thing about the film.

Alien made Giger, if not a household name, then certainly a bona fide cult amongst everyone devoted to both fantasy art or 'alternative' approaches to life. 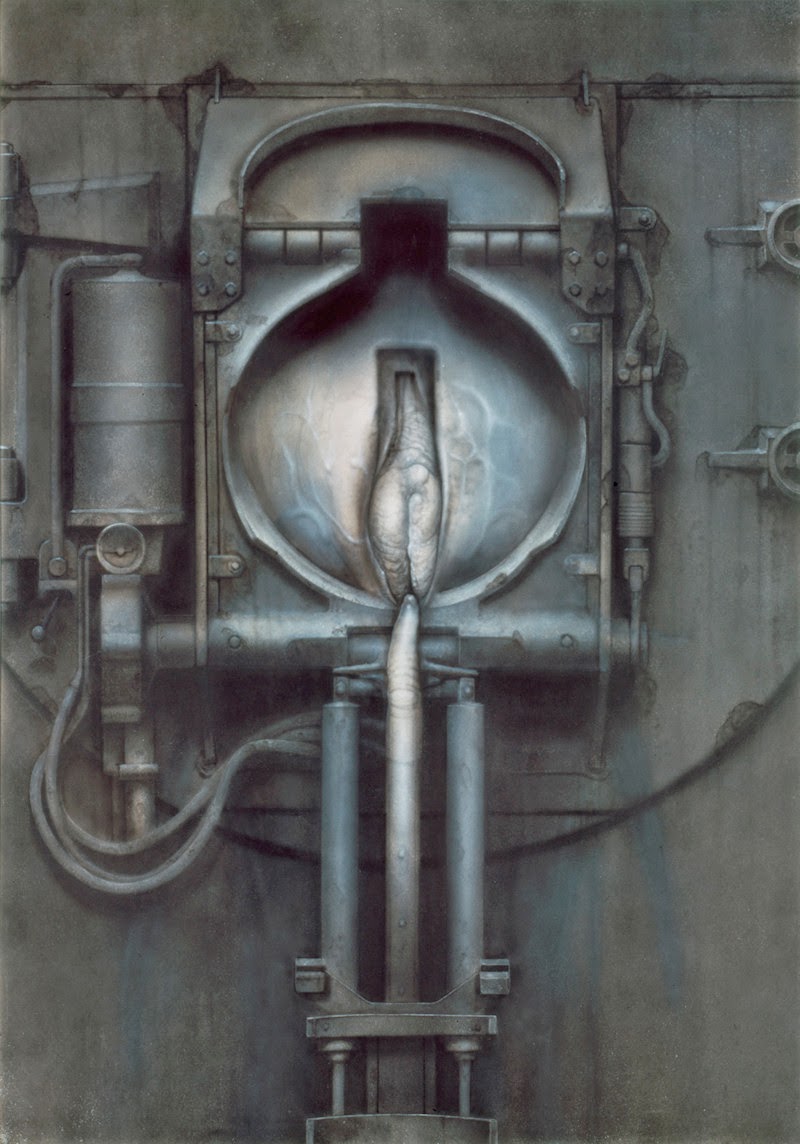 On paper Giger wasn't the kind of man you'd probably want to have sunday dinner with your parents. A complex man, by his own admission he was troubled (I recall the first time I was impressed by his candour in print when he explained the symmetry in his work as an obvious sign of insanity). The son of a chemist, as a young man he was obsessed with guns and weaponry; he suffered from night terrors, openly indulged in drugs and ritual 'magick', was a scholar of Crowley and Eliphas Levi, and had a tendency to use pornographic imagery extensively in his work. Added to this as his life progressed his somewhat louche appearance and croaking demeanour took on a decaying decadence which made him fairly repulsive to the eye.

And, of course, like most people who profess their strangeness, he was also extremely canny as a businessman (having his own museum in Gruyeres as well as a giving rise to a plethora of publications, posters, prints, not to mention the 'Giger bars' in places such as Tokyo) and continued to hawk his nightmarish visions to Hollywood via schlock such as Species, not to mention THIS beauty. 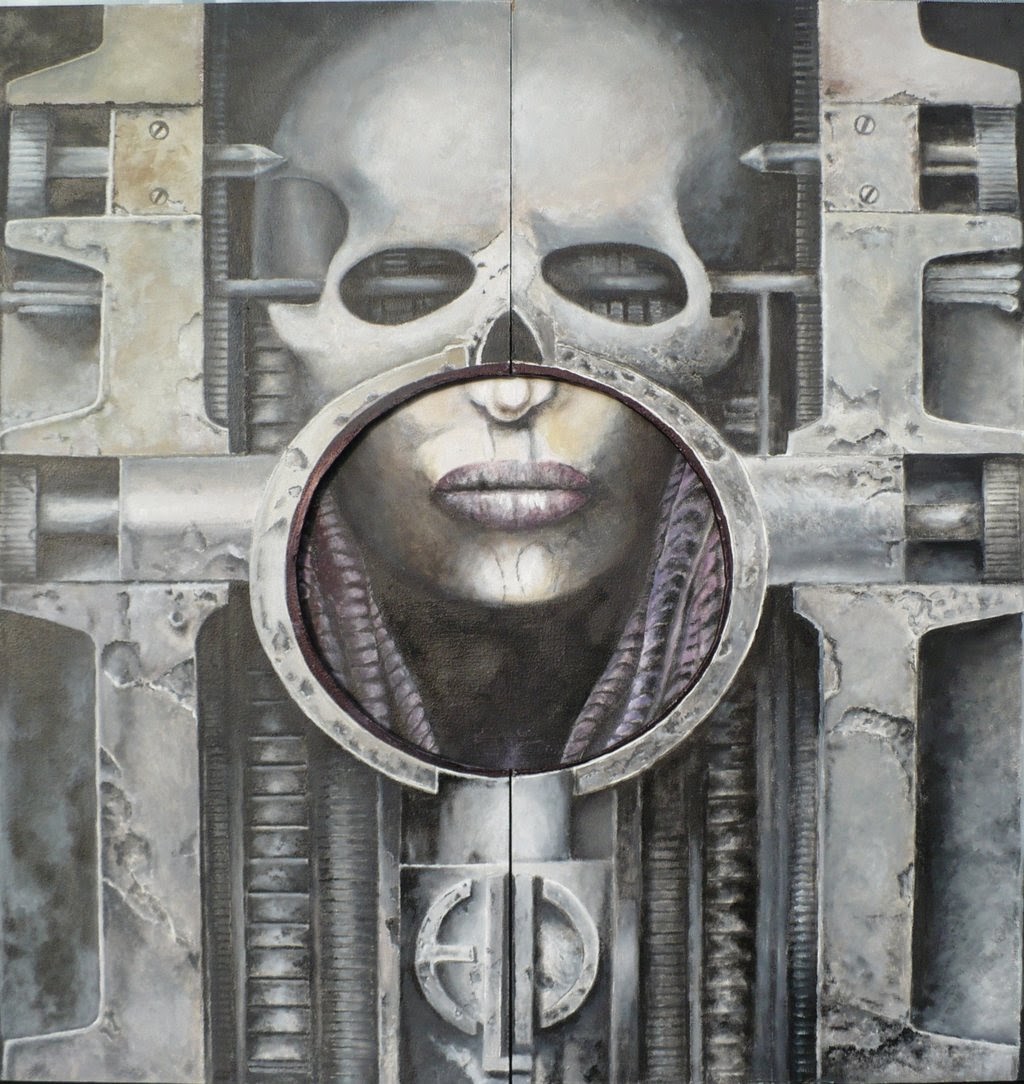 By the release of Alien I was already well aware of Giger's work via firstly the fantastically complex cover art he created for Emerson Lake and Palmer's Brain Salad Surgery (above), after which I got a copy of his first book in English, from Big O Publishers, the company that had helped blow my generation's minds with posters by Roger Dean and Giger amongst many others. The Necronomicon (named for H. P. Lovecraft's fictional 'forbidden book' written by the 'mad arab': Abdul Alhazred) is still in print (albeit only in German)  and pretty much sums up what made Giger important, both to me and to a generation of art directors, designers and visual artists who followed. There's barely a horror or science fiction movie since which hasn't been touched by his grimy, post industrial aesthetic. His palette of bluish greys and decaying flesh tones prefigured a high-definition breed of horror and computer gaming. I'm sure that feeble copyists such as Clive Barker and his 'body horror' ilk would not have existed without Giger's visionary work. 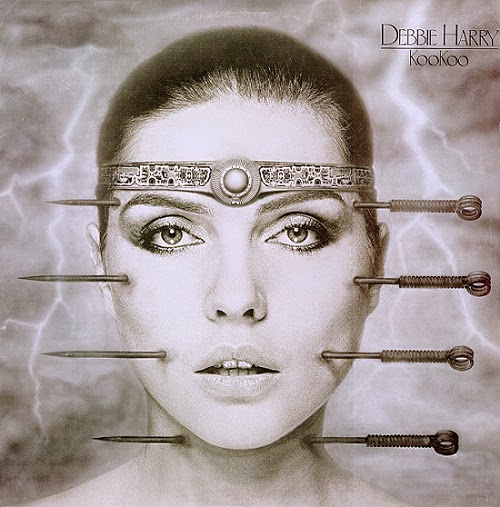 Not that all H.R's work inevitably led to schlock and lazy shorthand for 'hellish' visuals. He did regular work as a record sleeve designer, including the infamous sleeve for Debbie Harry's solo album, Koo Koo as well as for Magma and a host of others. And let's not forget the unlikely attention he garnered when The Dead Kennedys included a poster of one of his 'penis landscapes' with one of their albums, Frankenchrist, leading to obscenity charges. In the end, none of his 'followers' had an iota of Giger's originality or skill, and perhaps that too is a good thing. I, for one, never would want to live in a world where there was more than one H.R. 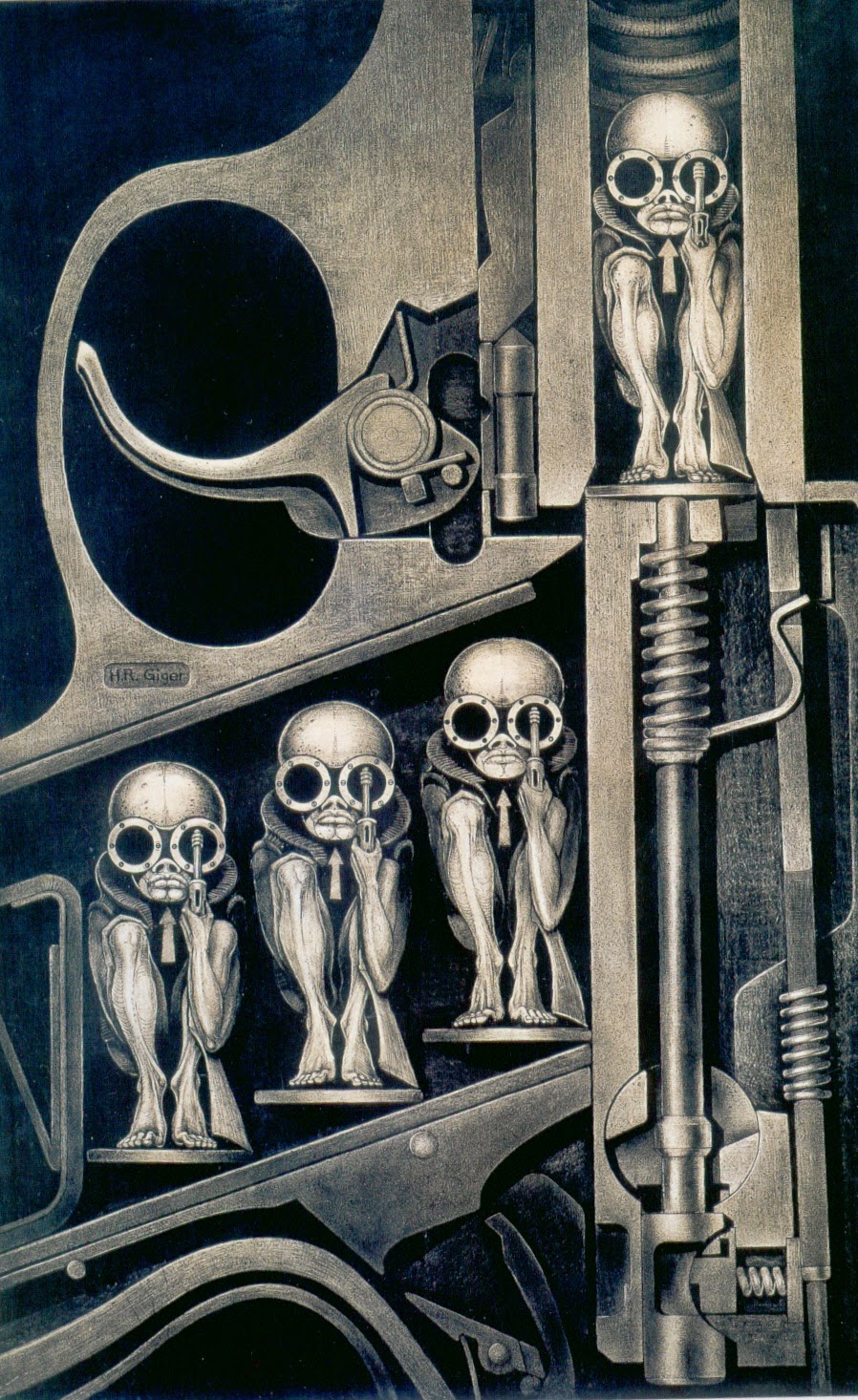 In a sense just about everything he achieved following the mainstream breakout of Alien was merely a reiteration of the personal language he'd perfected in the late '60s and early '70s through his work with theatre and fine art. Personally I was drawn to his work, not only for its nightmarish qualities, but for the singularity of vision that transcended his suspect role models in hacks like Dali, Austria's Ernst Fuchs or even Hans Bellmer. His early engravings have a grim intensity to them. Yet it was undoubtedly his discovery of the airbrush which truly liberated his style from previous shackles. It gave his 'biomechanicals', temple settings and fleshy landscapes a gruesome realism which added a very palpable sense that here was a true vision of some alternative dimension where sanity and decency had fallen prey to the more extreme prophesies of an immediately post-war Europe.

Giger's biomechanical visions are the antithesis of, say, fellow middle-Europeans, Kraftwerk, with their idyllic dreams of man and machine in perfect harmony. Compare his 'Biomechanische Landschaft' (1976) (above) with the celebratory exploration of man and bicycle on 'Tour De France'! The post-acid claustrophobia of landscapes crawling with orgiastic demons, cyborgs and instruments of torture shone a brutally honest light on a world that had experienced the Holocaust and still proclaimed itself (especially in his homeland) as rational.

Anyone who has seen Giger's recent interviews couldn't really have doubted that his days were numbered, yet it's sad that another of the key figures in my personal pantheon of great commercial artists from my youth has (along with Jean Giraud who also worked on Dune) been taken from us.
Posted by Chris Jones at Tuesday, May 13, 2014