Grin Without a Cat - Chris Marker at the Whitechapel Gallery

'Since these mysteries are beyond us, let us pretend to have derived them.' - Jean Cocteau (quoted in Chris Marker's Si j'avais quatre dromadaires). 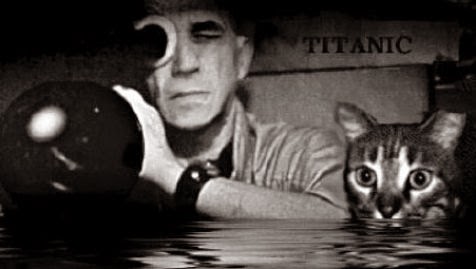 Who was Chris Marker? It seems that any piece ever written about the documentary filmmaker, writer, photographer, philosopher, artist and poet poses this question above all others. And it could be argued that a visit to the current retrospective at London's Whitechapel gallery won't really help you to answer the question.

The reasons are twofold: firstly there's Marker's own reticence throughout his lifetime in offering any personal information to researchers or interviewers. Born Christian François Bouche-Villeneuve in 1921 (possibly); unremarkably for a photographer he hated being photographed. When asked for pictures of himself he'd often return pictures of cats. And then there were the sketchy details of his origins. Was he born in Ulan Batur, or was it Belleville? While part of the French resistance during the war was he recruited by the US military? To this day no one is entirely sure. 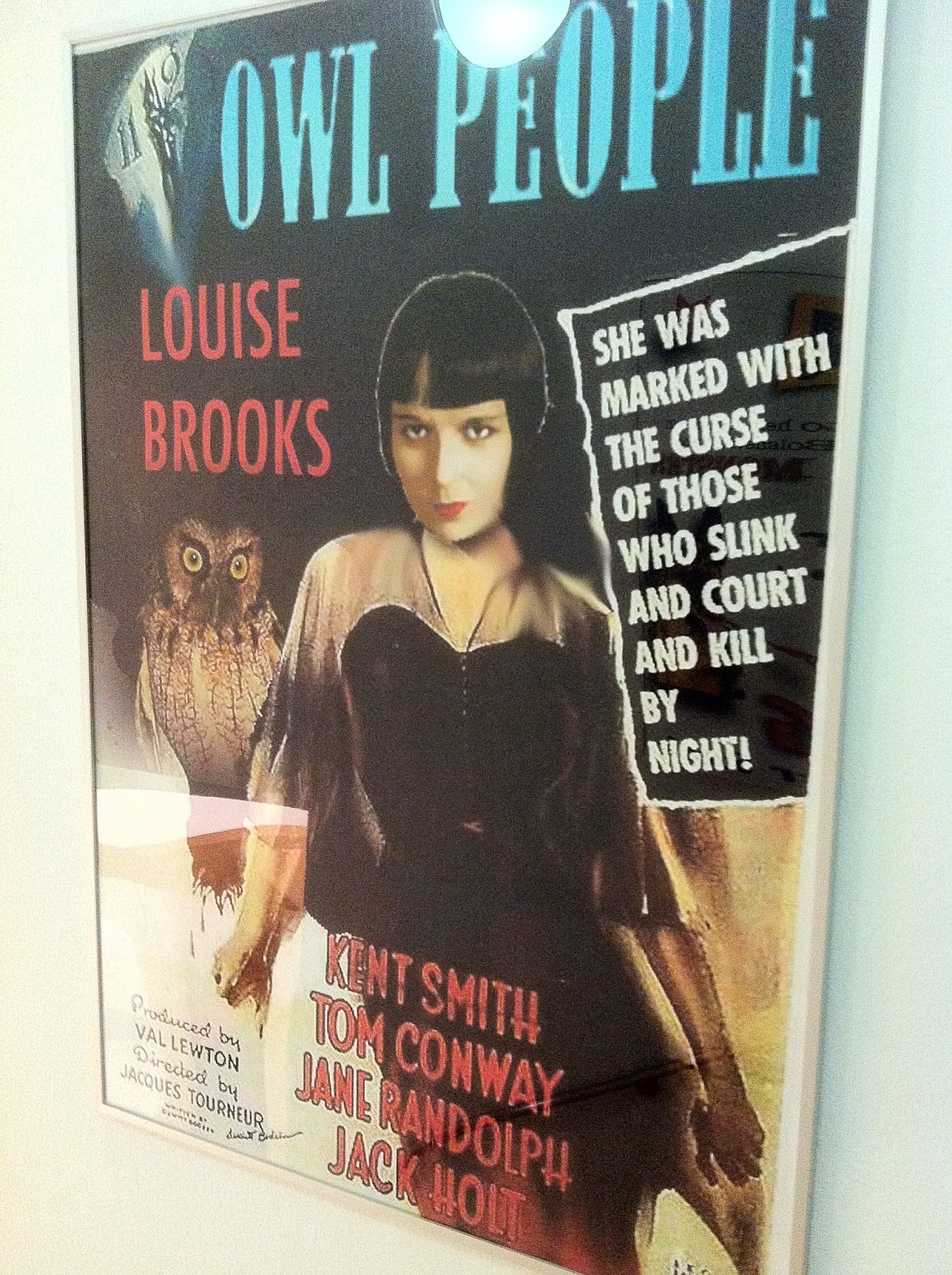 Secondly: Marker's own work, by anticipating or utilising the latest developments in representative technology, means that it often defies categorisation, sometimes even contradicting its own supposed aims while pioneering what we now lazily term multimedia work. And while this exhibition really is excellent (dividing his work into four distinct zones) it possibly requires far more than the scant two hours which I was able to give it before you'll really get a handle on what this legendary/cult figure was all about. 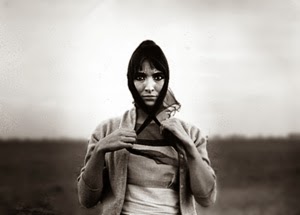 The deliberate obfustication regarding his background or origins reminds me of The Residents' 'Theory of Obscurity', derived from the composer N. Senada (himself probably a myth), wherein any biographical information or cult of personality are seen as obstructive to the process of any appreciation of the art object itself. Of course, as with Ralph Records most famous recording artists, this superficially admirable aim has the added effect of making the 'recluse' even more fascinating to obsessive admirers. The catalogue for this exhibition begins with an essay by avowed fan Chris Darke, where he's granted a glimpse of the man at work in his own studio. The awed tone is palpable.

Whether, like The Residents, this wilful obscurity is disingenuous - even an absence can be a superb marketing tool - or perhaps stems from the experience of subterfuge learned in his formative war experiences doesn't really matter. What is clear is the effect that this can have on the unthinking punter faced with rooms filled with fragments, reels, images, volumes of travel photography, installations and cartoon cats: you find yourself initially thrown adrift with only the work itself as a reference point. This may have been Marker's aim, but then a strange paradox occurs: you realise after a short time that everything here is deeply personal. And the excellent commentaries, often taken from Marker's own writings seem to back this up. 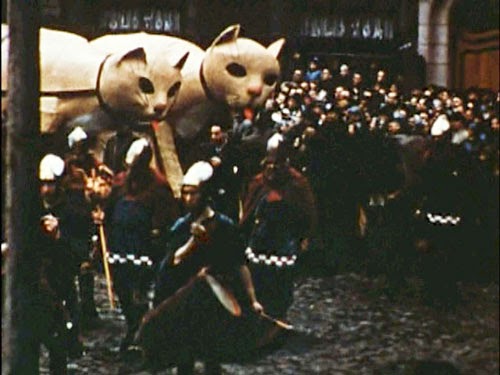 The first room in the gallery contains a looped screening of his early collaboration with friend Alain Resnais, Statues Also Die (1953) which was partly banned by the French government for its anti-colonialist stance. Even today it still packs a considerable punch at its conclusion. Resnais described Marker as "the prototype of the twenty-first-century man." and Grin Without a Cat bears this out with its embrace of every media under the sun. His Zapping Zone (1990) - a room full of monitors displaying a plethora of found footage, computer generated imagery and news channels is a fine demonstration of what Catherine Lupton describes as 'provocative tensions between the cutting-edge profile and the shock of the old'. She continues: 'Zapping Zone invites random sampling and multilateral exploration of a series of different, discontinuous video and digital hypermedia clips; yet physically it first strikes the gallerygoer’s eye as a ramshackle, junkyard assemblage of elderly televisions and computer monitors.' In other words, quite often Marker may have wholeheartedly embraced every new form of communication and image processing software (he's rumoured to have dies at his computer), yet here is an artist who has one foot very firmly planted in the 20th century. It's this tension which makes his work all the more poignant. 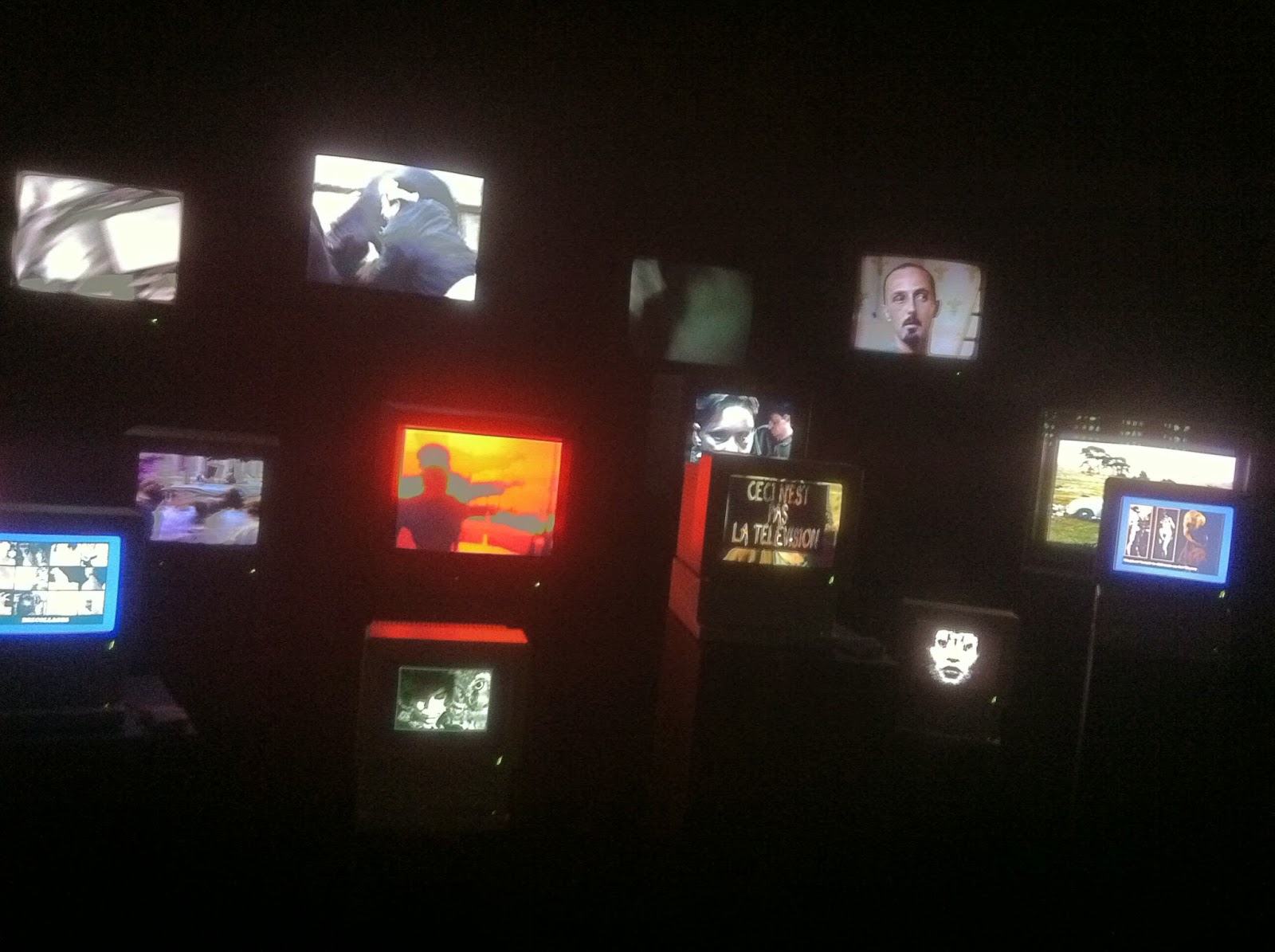 It seems that Marker existed on the very periphery of dilettantism, making his own diverse obsessions - which just happened to include the wider picture of humanity and contemporary anti-imperialist politics - into the focus of his main work.  As he himself is quoted as saying 'In another time I guess I would have been content with filming girls and cats. But you don't choose your time'. And Marker's time coincided with the seismic shifts surrounding the Vietnam and cold wars as well as the rise of radicalised European intelligentsia. 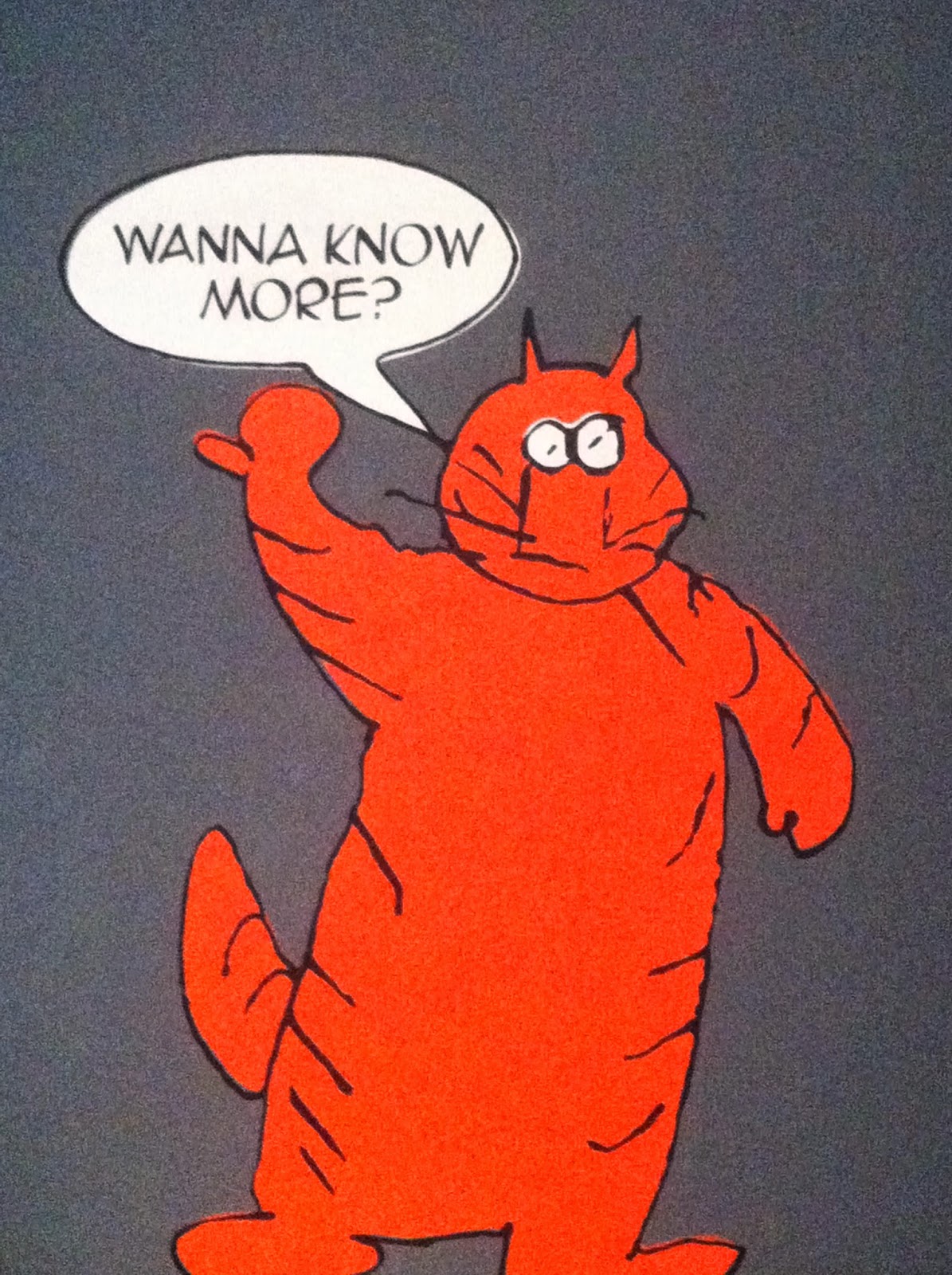 Indeed, like all the artists of his generation in Parisian Left Bank society, Marker, was a deeply political animal. What's more he used animals in defence of his politics. Not only is there his famous alter-ego in the shape of Guillaime-en-Égypte, the orange cat (above) who guides you through the personal museum of touch-points and totems of 1997 CD -Rom, Immemory, but just about every other work bears the pawmark (or talonmark) of his beloved cats or owls. 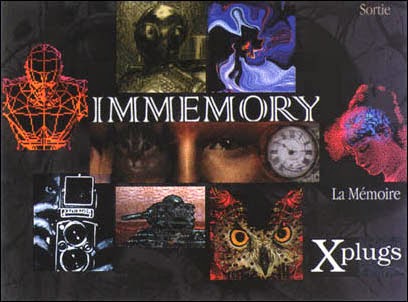 The final room contains his most ambitious opus, the titular film Grin Without A Cat: 240 minutes of footage of demonstration and diatribe focussing on '60s and '70s oppositional politics, and it's this part of the retrospective that convinces you that his reluctance to play any PR games really stemmed from deeply held beliefs rather than inverse egotism. But still, at the exhibition's conclusion you emerge doubly intrigued with such an enigma while convinced of his remarkable prescience regarding the way in which imagery and words could be sliced and compiled to construct new meanings. 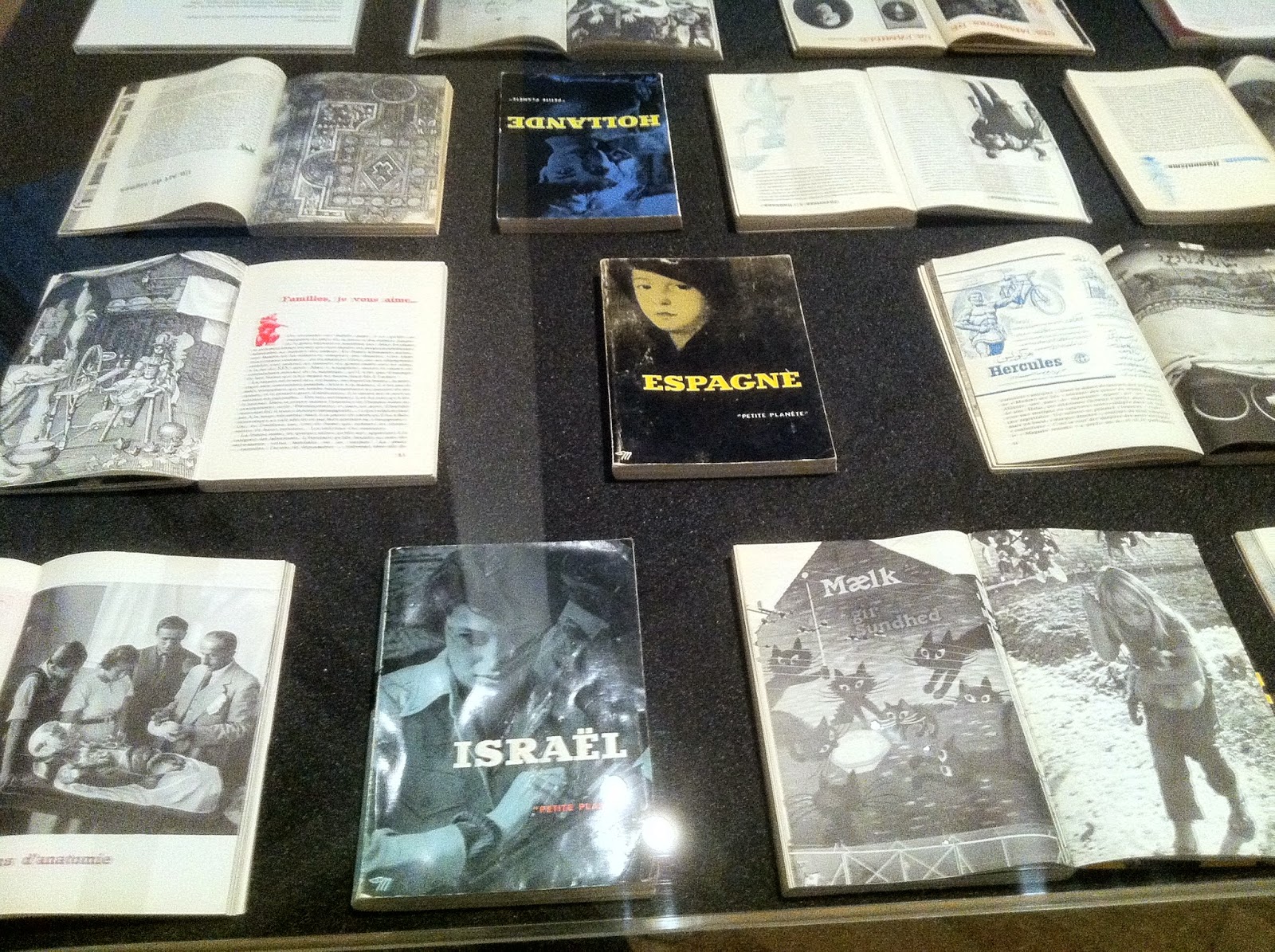 Perhaps ultimately this is Marker's legacy - the weblike tracery of 20th century historical record and poetry which anticipates our online connectivity while attempting to imbue his own world map with personal significance. An inveterate traveller, the series of photo volumes which he compiled in the Petite Planete series (and which also feature another of his very French predilections: female beauty - I've rarely seen so many beautiful women in one exhibition) demonstrate that he was a superb photographer with a singular eye. In other places, such as his homage to early cinema, the installation Silent Movie (1995), you sense his enduring attachment to the more freewheeling abstractions and coincidences of the '60s countercultural movement. At every turn there's a sense of resonance both into the future and the recent past. 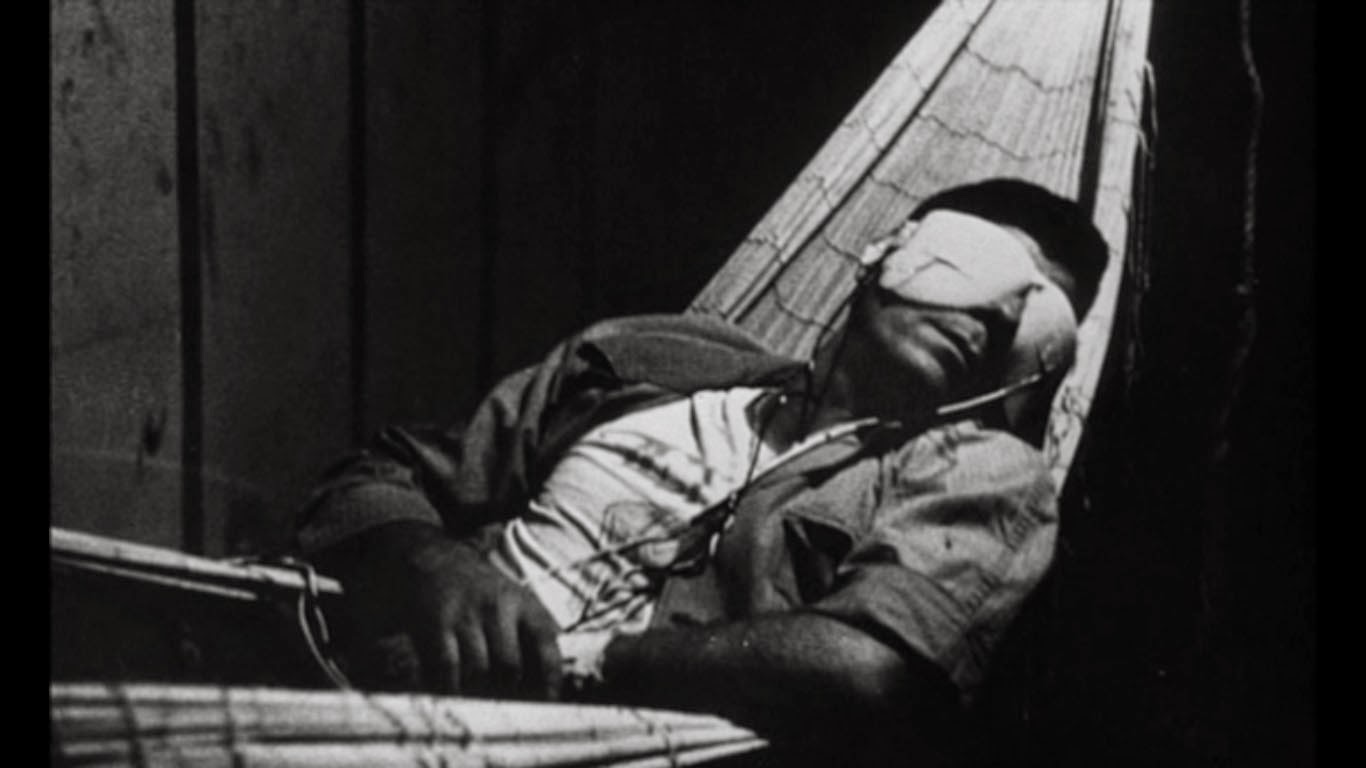 This is appropriate as Marker's most famous work is the short film La jetée, a strange compilation of (mostly) still images telling a haunting post apocalyptic tale of paradoxical time travel that notoriously inspired Terry Gilliam's Twelve Monkeys, amongst many other films. It was, apparently, a mystery to Marker, as to why this work alone should have been singled out by his fans as it represented, for him, more of a demonstration of how financial and technical constraints could hobble his creative urge. But to sit through its 28 minutes on a big screen is still unbelievably powerful. Perhaps because it contains the best of everything he achieved in every field: editing, black and white photography and as a meditation on the perception of memories. And it still retains the germs of that decade's nascent anti-establishment movements as well as acknowledging his peers' devotion to Hitchcock with its direct references to Vertigo. 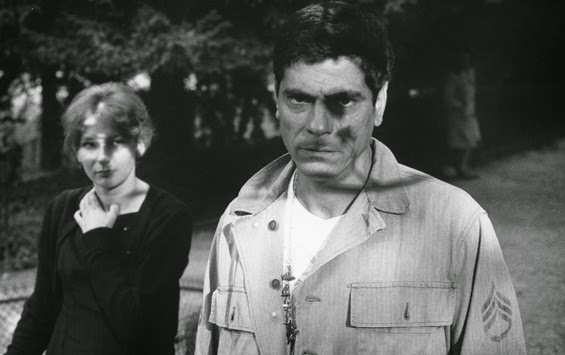 Marker's own influence on later artist's looms everywhere. From the meticulous obsessions of, say, Peter Greenaway (also a big fan of Resnais) to an entire generation of less able installationists and multimedia practitioners. Grin Without A Cat is admirably wide-ranging, yet such a concentrated combination of public and private, chance and deliberation may leave those un-indoctrinated to his cult scratching their heads. For both those people as well as the most enthusiastic worshippers, this wonderful exhibition may ask you for more than merely one visit to really understand how important an influence Marker was on our ways of thinking about 21st century art and its function. I'm certainly going back (it's free!).

Grin Without a Cat is on at The Whitechapel gallery until Jun 22nd
Posted by Chris Jones at Sunday, April 20, 2014