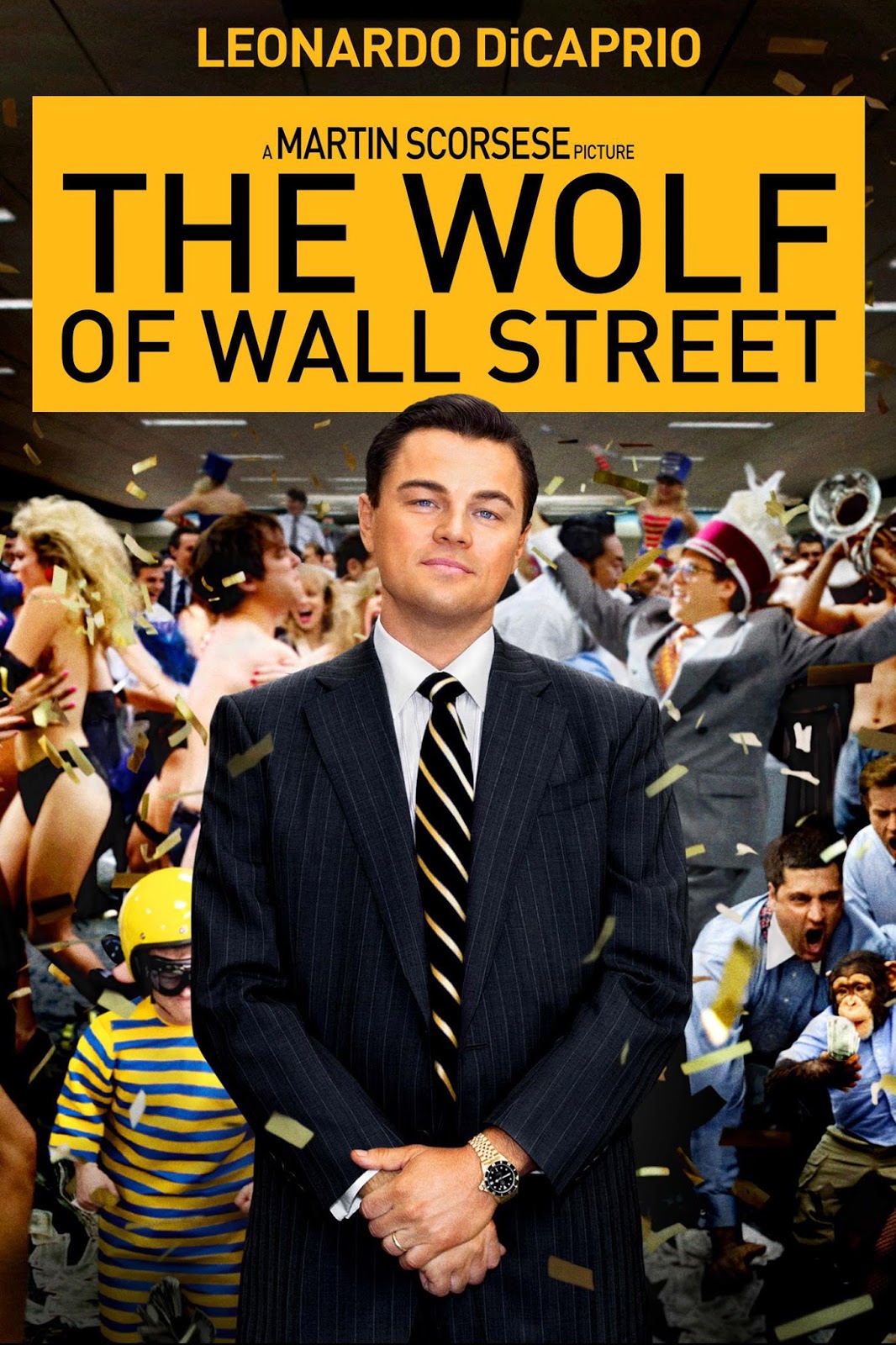 Put simply, The Wolf of Wall Street is far too much in love with the very subject which it means to parody. Based on the real-life story of Jordan Belfort whose rise to notoriety came about by the aforementioned trade in useless ‘penny stocks’ to people too inexperienced and vulnerable to realise they were being sold a dud. 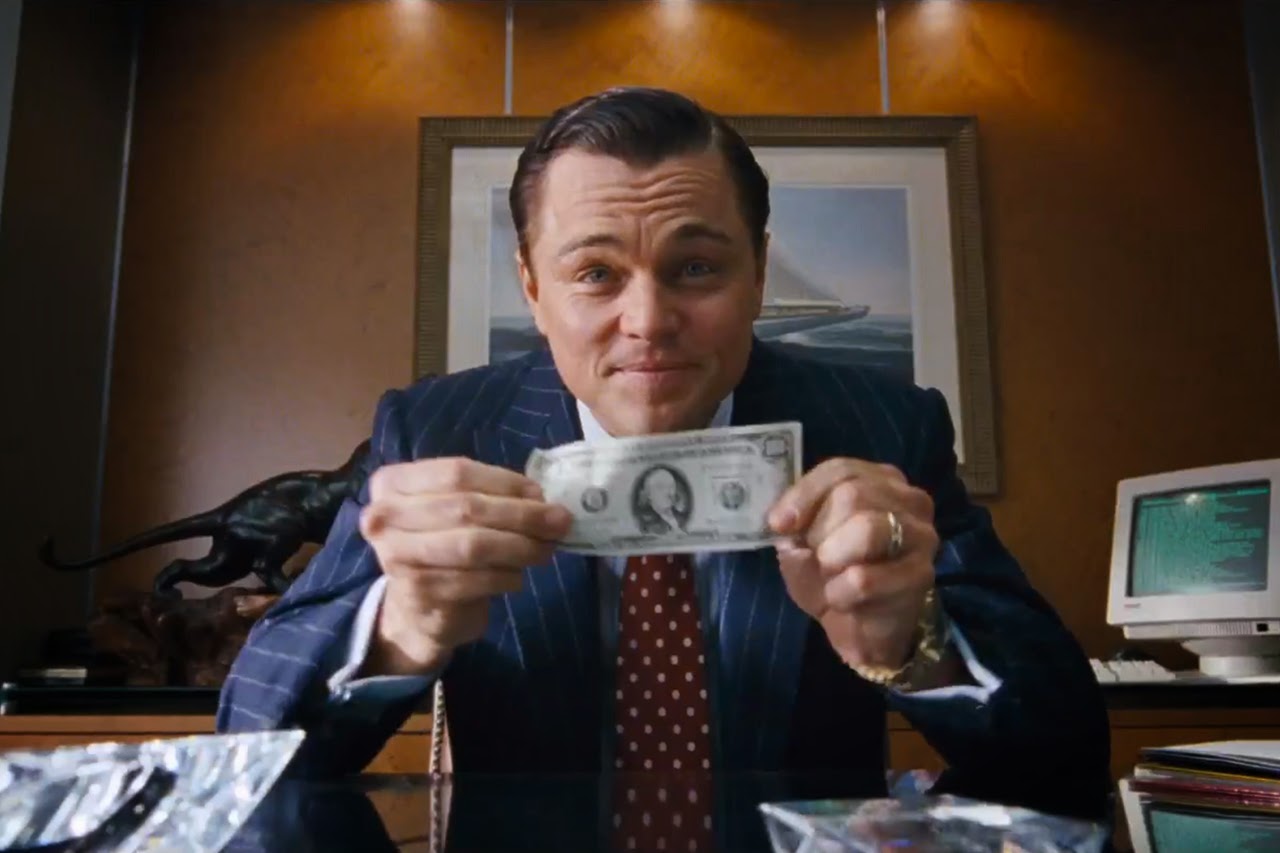 Only near the beginning of Jordan’s rise do we hear a dissenting voice from his soon to be discarded first wife who poses the question: ‘Wouldn’t you feel better taking money from the rich rather than from poor people?’ It’s a question that answers itself as Belfort proceeds to drug and whore his way up the alpha male ladder, ironically propelled by a negative interview in Forbes. Like a cut-rate Don Corleone jr., he pretends to crave acceptance, yet cannot forsake the life of moronic overindulgence which he and his buddies revel in so graphically. So no, he obviously doesn’t care, which also explains why you get an awful lot of Gordon Gecko-style pep talks about how to succeed in a post-Black Friday dog-eat-dog world of American finance.

The simple ability to sell a man his own pen is seen as a measure of a dealer’s worth in Belfort’s universe of frat-boy excess and conspicuous tastelessness. He is the Anti-Gecko. And while you’re vaguely aware that you are meant to be shaking your head in disapproval as you chuckle at the dumb one-liners and even the slapstick that has replaced Scorsese’s expected template of gruesome violence, you can’t help feeling that the narrative revels in the politically incorrect antics way too much. What is the film trying to tell us? That because the crooks here only con and steal their money via a telephone and good-old American chicanery it’s ok to empathise with the hilarious race for more quaaludes and hookers? 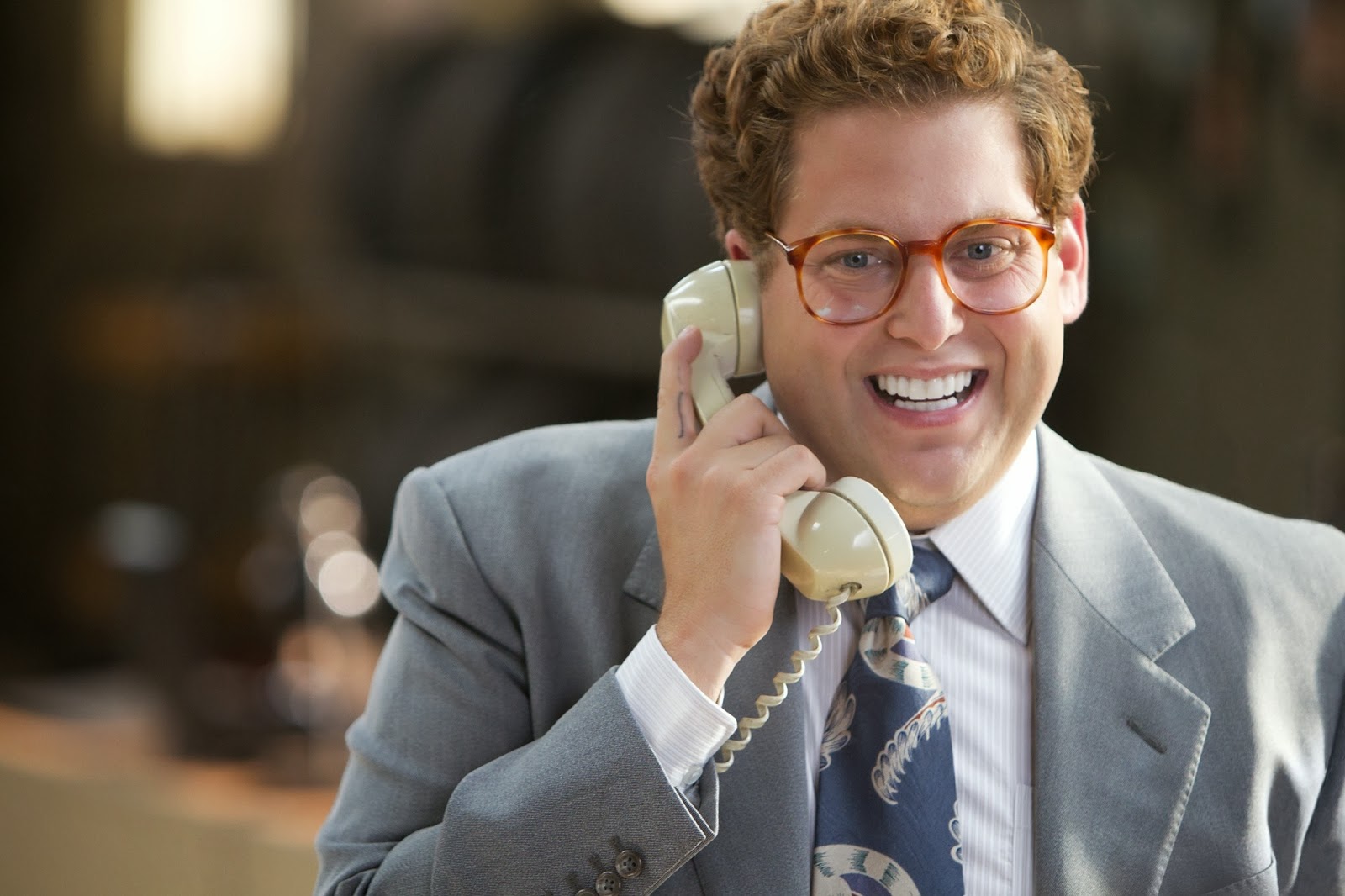 The performances here are uniformly excellent. Even Joanna Lumley as his second wife’s former hippie, English aunt, amazes. Jonah Hill as the repulsive Donnie Azoff  (above) especially comes close to eclipsing DiCaprio. And yet while I’m a big fan of Leo (I consider his best work ever to have been for Scorsese in the criminally underrated The Aviator) there’s something a little empty at the heart of this performance beyond the drug-fuelled rants and rather puffy dismay of an addict. The hair dye seems to belie the star's first wrong move in a while. Maybe we needed more of Belfort’s background to really understand the (middle class) man and his motives, but maybe that’s Scorsese’s point: here is a true hero/villain for the ‘90s – hollow behind the bluster. However, you’ll still have trouble forgetting him rolling head first down the steps of his local country club in an attempt to reach his white Ferrari while completely blitzed.

From the first freeze frame, accompanied by the obligatory voiceover, we know we’re in ‘classic’ Scorsese territory. And that’s exactly what’s wrong with this film. It feels like it’s trying too hard to be a Scorsese movie. The fights with the wife, the aforementioned voiceovers, the endless scenes of drug abuse and paranoid phone calls. It’s as if the studio said ‘Marty, we need a film like Casino or Goodfellas, but more up-to-date.’ But the women here have nowhere near the depth that was given to, say, Sharon Stone and the guffaws from all the 20somethings in the preview screening I attended seemed to bear out suspicions that here was a movie cynically designed to be quoted ad-nauseam by young film nerds just as my generation did with Taxi Driver.

I’m sure that Scorsese would say that the emptiness that resides at the heart of Wolf… is merely indicative of the way in which the American dream - broken and twisted by the characters in his previous lengthy elegies to the alternative criminal history of the USA – has now become as moribund and desensitised as the nasal passages of all the coked-up morons who inhabit this film.

But if this were the case then we shouldn’t be expected to laugh quite so much, and for quite so LONG. At three hours this film sacrifices pace for length in an attempt, I guess, to convey some weight. Believe me, by the time you reach the last third the fun really has begun to drag and you long for the inevitable fall from grace for the antihero (which actually doesn’t seem that bad, at all).  You come away feeling a little like you’ve watched a distended version of Animal House or Porkies, where the characters all grew up, and put on suits. The very epitome, perhaps, of Johnson’s dog on hind legs: surprising, but not done well at all.
Posted by Chris Jones at Thursday, January 09, 2014