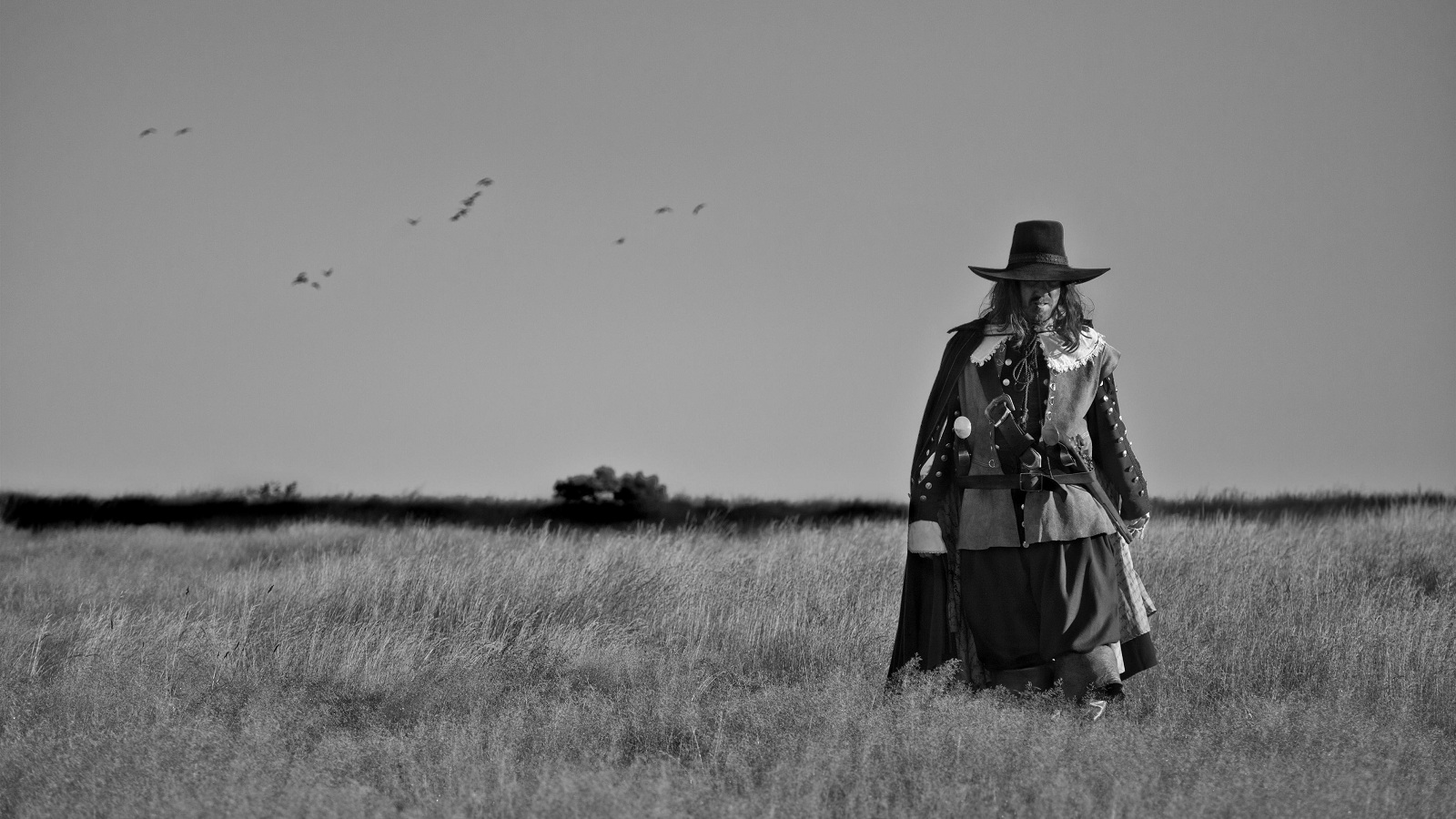 Two weeks on and I’m still buzzing following the release of Ben Wheatley’s latest low-budget slice of oddness, A Field In England. Wheatley’s a reasonably new talent to me. I saw Down Terrace about a year ago and loved its refusal to be pigeonholed, and having since seen Kill List, which I can only describe as a the most violent post-modern gangster movie I have ever seen. Sightseers, his last and best known project, was comedy at its very blackest. But A Field In England? It’s a film about a group of men fleeing the English civil war only to find themselves digging for occult treasure in a drugged out quandary. Hurrah!

A Field In England, with its tiny cast (you can tell it’s tiny as Julian Barratt gets a screen credit moments after he’s killed by a bloody big spear)  and single locale dares us to look within for answers. The notion of a small area turned into a dangerous minefield of occult forces and unseen powers is taken, of course, from Tarkovsky’s masterpiece, Stalker. But Wheatley dispenses with colour and instead relies on bewildering close ups, furious cross-editing and slow motion to reproduce the effect of ingesting psilocybin mushrooms. The pun is that the revolutionary tenet of ‘the world turned upside down’ becomes a reality, albeit a reality filtered through minds unhinged by religion and hallucinogenic fungi. What’s not to like? 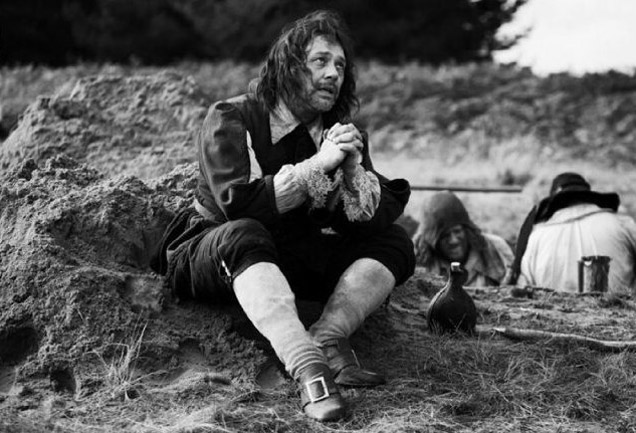 The subsequent reviews haven’t glowed, but the UK’s press seem less and less able to deal with oddity and non-conformity these days (while decrying the bland cookie-cutter CGI-heavy dross of Hollywood. You can’t win, can you?). The only possible major criticism of something this adventurous and freeform is that it weighs heavily on a rather masculine (and even juvenile) brand of weirdness. But the argument falls flat when you consider that it was written by Wheatley’s partner, Amy Jump, and that it seems genuinely interested in the period as well. But this may explain why two reviews by women seem to be a little down on it. Well, ok, one is a little down while one finds the whole thing interminable. Both, however, seem to find the first half hour completely incomprehensible. Really? Surely any child with a passing knowledge of Shakespeare wouldn’t find the language troublesome (oh, and by the way– no one would ever describe  late 17th century speech as Cromwellian). I was semi drunk – having just come off a fortnight’s alcohol free jag and it made perfect sense to me. In fact, all the interviews and reviews I’d read had led me to expect something amazingly obtuse. But Jump’s script was earthy, historically informed and had just the right amount of wit to offset the apocalyptic visions and allusions to revolutionary theology.

As for comments  that perhaps it was confusing or didn’t make sense? I’ve written about this many times, but where exactly does it say that art has to either make sense or be immediately understandable? Wheatley has teased audiences before: the ending to Kill List, while paying homage to The Wicker Man or Blood on Satan’s Claw was pretty ambiguous, but here he’s used a smaller budget and the opportunity to use a new release model (cinema, DVD, Blu Ray and VoD all on the same day) to really push baoundaries. Are we really that afraid of the avant garde? 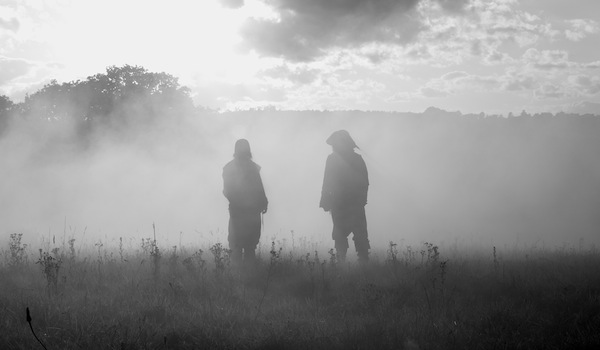 It’s the 21st century for god’s sake. Besides which, if taken as a psychedelic experience seen from the protaganists’ (mushroom-enhanced) viewpoints it’s never going to be a straight three act blockbuster is it? Instead it dared to be multi-layered, Above all what made AFIE so special was the way Wheatley never shies away from startling imagery. The prolonged slow motion appearance of a rictus-grinning Reece Shearsmith from Michael Smiley’s tent (from whence only moments earlier unholy screams had emitted) was some of the most disturbing cinema I’ve ever seen. Added to this are the living tableaus, the graphic violence (and pox-ridden anatomy) Yes, Wheatley and Co. often seem to try too hard to pack in all their favourite genres, but overall it was something like Performance directed by Peter Greenaway on the set of Witchfinder General (there’s your PR tagline, right there). But these are all British movies, and that’s what makes Charlotte O'Sullivan’s comment at the end of her review that it’s: ‘Good to hear his next film is set in the US. It's high time he moved further afield’ so depressing. It seems to imply that Wheatley’s dogged insistence on reviving British cinema as something more than just bland Richard Curtis middle class politeness or gritty northern realism is wrong-headed. But I haven’t seen something so original and odd since... well, since the great days of Peter Greenaway.

By the hilariously protracted musket shootout near the denouement, we seemed to be in some acid drenched western (making whoever decided to show Jodorowsky’s El Topo afterwards some kind of genius). I just thank the lord that someone still cares enough to make something so idiosyncratic. It also has something to  say about the apocaplypse. But I'll leave that until next time...
Posted by Chris Jones at Friday, July 19, 2013