A really quick post to get back up to date with all the good, bad and truly ugly stuff that's passed my eyes in the last couple of months as I've been lax in the review stakes. Most of these films were seen a while back but I wasn't sufficiently roused to pass comment on them. Maybe I shouldn't do it now either, but it'll serve as a good house-clearing exercise and allow me to pass on to more important stuff.

Actually, shall we just stick to the 'good' category? There's some bad stuff coming soon anyway 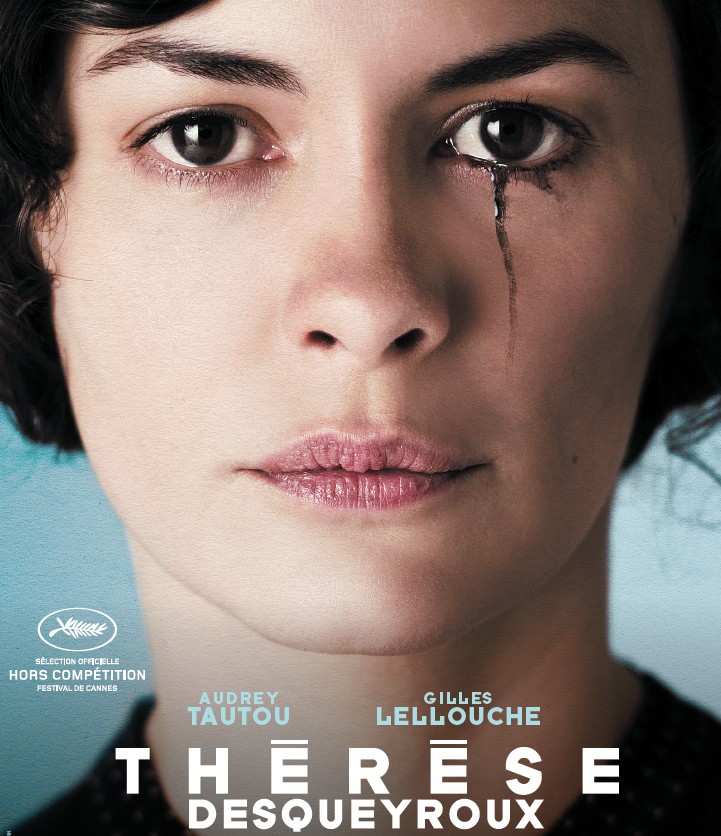 Seen at last year's Cannes, so now just released in the UK, here's Audrey Tatou finally shaking off all that cute, big-hearted, Gallic crap for a stab at a sulky, small-hearted, Gallic part. based on a story by François Mauriac. Family honour, smalltown rural attitudes and the small matter of attempted matricide are all adressed in this neat, subtle and rather beautifully shot film by the late Claude Miller. The way Tatou smokes a fag is quite something, too. One you can take yer mum to, but in a good way...

Another I saw aaaages ago but didn't realise (until I'd seen so many awful movies and put it in context) how very, very, VERY good it is. Of all the films in this post, this is the one I heartily recommend. Like Girls, but much, much funnier: Noah Baumbach and Greta Gerwig's tale of Frances, a young dancer in New York for whom nothing quite goes right is joyful, poignant and puts your faith back in young people. If you don't emerge feeling good about life, you have no pulse etc etc.

Against ALL of my better judgement, I was won over by this. I hated Moulin Rouge so much it almost hurt. I expected that the whole film would be like the odious trailer, all bling, campery and historical innacuracy, leaving Fitzgerald for dead. And none of this was helped when I read that Baz Lurhmann hadn't even bother to READ the book, choosing instead to listen to an audiobook version. But gosh, after the irritation of the first half hour (in fact at exactly the point where Leornado DiCaprio hits the screen) it calms down, grows up and becomes absorbing, faithful to the text and - most importantly - thought-provoking. A blockbuster with LAYERS? Who would have thought it etc. etc.

Gilles Bourdo's story of Andree Heuschling, Auguste Pierre Renoir's final model and the lover of his film-maker son, Jean, is disarmingly modest and ingenious. It draws you into the painter's final days in his self-created world of feminine curves and glowing landscapes while contrasting it against his son's burgeoning interest in celluloid and a desire to return to the battlefields of World War One. Again, beautifully shot, it manages to submerge the viewer in a rich stew of sensual colour, casting a new light on what I always regarded as the most 'chocolate box' of the Impressionists. The cinematography of Mark Lee Ping Bin deserves a special mention here.

In the light off my next film review (which will be of World War Z) I've finally decided to come off the fence on this one. When I first saw Neil Jordan's latest return to vampire genre movie-making I was blown away. Here was a grown up fable which adressed sexism through the ages, Then after a considerable amount of bleating that it wasn't much more than another take on the Let The Right One In-type film I thought I'd shut my yap. Was I just sticking up for it because when I attended the screening I was sitting next to some obnoxious Empire-type tykes who loudly proclaimed that they just couldn't get excited about 'any film with a British cast'?
Probably.
But all the same, the film stayed with me, to the extent that I've considered going to see it again. Gemma Arterton is great as the ultimate feral protective mother. Tom Hollander gives a great cameo, and Saoirse Ronan is perfect as the permanent teen for whom her curse can be used as gift to those tired of life. Ok, Jonny Lee Miller is a bit comic book bad guy (as always), but overall it's a return to form for Jordan. Never has the seaside looked so beautifully run-down...
Posted by Chris Jones at Friday, June 07, 2013