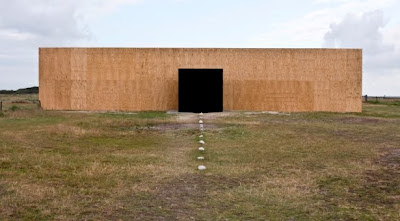 'I'm walkin' by myself, I hope you understand…' Jimmy Rogers: Walkin' By Myself

Last Sunday I took part in what i can only describe as Robert Wilson's latest project. I say 'project' because Walking - a three mile-long experiential trail across some of Norfolk's most incredible countryside defies categorisation. Part-installation, part-meditation, part-theatre, it was first staged in Holland and is segmented by 'events' in the form of structures and sound sculptures dotted along a route marked by white stones. Before the walk begins you are given specific instructions about ejecting any phones, cameras, gadgetry or timekeeping devices that would distract; walking speed (slow); and the length of the whole experience (about five and a half hours). The entire walk is conducted alone, at a minimum of 50 yards apart from fellow punters.

I mention these instructions because it seemed to be on this point that myself and other walkers were at odds. I overheard one woman describing it as a 'metaphor for fascism'. That was a shock to the system for someone who felt as though he'd been given a glimpse of nature's innermost mysteries…

I loved the whole thing. But then, I'm no stranger to the benefits of what both CBT practitioners and Buddhists call mindfulness. I practise meditation (almost) daily and have long since been a (and I hate to use this word) believer in the positive power of this 'work' on oneself. But I'm not here to proselytise, but to offer my own explanation as to why my fellow travellers (as well as Susannah Clapp in her Guardian review: but we'll get to that) found Walking to be such a disappointment.

Firstly, my own experience was issued instructions to walk at a snail's pace, feel the rhythm and 'let 'the way show itself' in silent contemplation, was pretty bog-standard fare for anyone who's done walking meditation or done mindfulness exercises. Slowing the body and maximising the sense of 'nowness' such solitude incurs run counter to our regular urban pace. Meditation seeks to remove past or future and allow the individual to fully engage with the here and now. Wilson's piece sought to share this potential with anyone willing to surrender themselves for once to something that challenged old habits.

Beginning with complete darkness, opening onto something that looked like a set from an unreleased Jodorowsky film, where a giant black pit embedded in sand offered up an ominous rumble. It was here that my first shock came. Other walkers stood in a circle around the pit, waiting to be led to the next stage. Suddenly a loud click and beep was heard. yes, the man next to me had smuggled along a huge Nikon SLR. The jarring sense of being wrenched from what felt like an arcane sharing ritual was huge. At LAST I understood what Robert Fripp hates so much about people photographing or taping a performance. Almost immediately, I wondered if he was a plant. He became more brazen and started walking around the huge enclosure while the rest of us stood as still as caryatids.

But from that point all was solitude and peace. Passing reed beds, their rustling defining the space around you, while waterfowl explored the huge blue and white skies, you entered dark green copses, crossed alien dunescapes carpeted with luminous mosses until you reached a glade filled with song.

The song, as has been widely publicised, is actually a recording by Tom Waits of crickets, slowed to the speed that matches the equivalent a human lifespan. The result does really sound angelic. Played by speakers hidden in trees as you take a rest, it quickly fades as you finally enter the strange, gothic pine forests that dot the sand's edge at Holkham Beach. By this point you're noticing everything to a degree that's almost hallucinatory. Every footstep has its own sound, every spider web is a miracle, every gnarl of bark a landscape. Small red berries positively GLOW. Who needs mushrooms?

Finally you approach the sea, through a huge mud cone with its own ambient soundtrack. I won't reveal the last masterstroke, except to say that you're left literally floating under the sheltering sky, with only the roar of the faraway waves anchoring you to the earth.

Does that sound like a metaphor for fascism? Just checking… 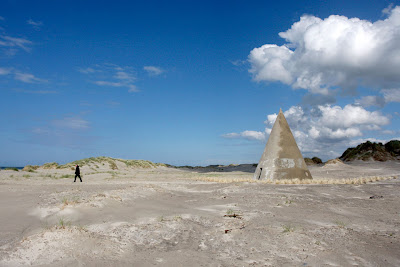 So why did people object? A simple explanation was that they were mostly retirement-age tourists who'd picked up the leaflet about Walking from some local cafe/information centre/hotel lobby,holiday cottage and had thought it looked like a reasonable way to spend an afternoon. It was heavily advertised as part of the Norfolk and Norwich Festival.

But leaving aside the counter argument that even the leaflet was pretty clear about WHAT Walking was about (and the conditions it imposed), I think that there are even more interesting reasons for negativity.

Returning to Susannah Clapp, there's certainly a case for saying that Walking failed on several levels. Wilson himself often feels his own projects fail in some way. That, for me, makes the whole thing more worthwhile. I like art with flaws. And it's obvious that Clapp was sold a pup in that Walking isn't actually an art installation. The paucity (as she sees it) of the number of 'events' along the way, makes her feel rightly ripped off even if she does seem to have got some positive stuff from the experience.

But you get the sense that it was more the PACE that annoyed her. The same woman that used the F word also seemed horrified that WHEN ASKED to walk slowly and alone people had GONE ALONG with this 'brainwashing'. Furthermore it had meant, apparently, that she couldn't 'stop to look at things'. I was flabbergasted. Ample warning had been given and yet it had angered her, and surely the slowness meant you saw far MORE than normal, albeit in a gradually, constantly transforming landscape. 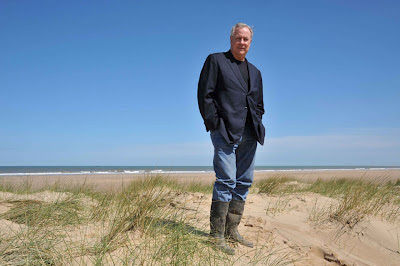 On this point I think Wilson should take some responsibility as well. Even though he'd been specific about Walking's aims in interviews in the national press, perhaps more on-site instruction would have either prepared, or completely repelled doubters. Yet, even irritation is a reaction, and maybe it's just as valid as my hippy-drippy take. Man.

More fascinating is the possibility that Wilson had merely shown smug fuckers like me that we're right about mindfulness. One thing I know, after half hour daily sessions of attempting to do NOTHING, is that it is hard. REALLY hard. I read this recently and it reminded me that to sit for extended periods can be like doing 15 rounds with yourself. You emerge bruised and raw. And it's that rawness that means you're getting somewhere. No one wants to let go of the construct, the myth of ourselves and truly face what we are, as well as see the world in all its real beauty. And when we're made to do it it can often result in anger. It leads to stuff like this, too.

That is why a slow walk, through a world of wonders we so rarely see, might not be the thing for you after all.

Here's The Jam to make my final point:
Posted by Chris Jones at Friday, August 31, 2012