London Is The Place For Me - filming the capital in 2012 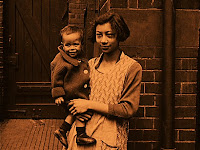 This has been a good week to reflect not only on the state not only of Blighty, but on the state of this fair capital city of ours. This is mainly due to Danny Boyle and Frank Cottrell Boyce's masterful Olympic opening ceremony giving us as close to a true picture of GB as you can present to a billion people (plus royalty) without upsetting too many tories. It was nice to imagine Cameron's ire as the NHS sequence unfolded. On reflection, I think what we should be proud of is the way in which Boyle managed to undoubtedly confuse and educate in equal measure. I have a feeling that the reason that the ceremony worked so well was because it almost dared to exclude anyone foreign. And when I say 'foreign' I mean anyone who's a stranger to our rather oblique ways. We're a nation of Grouchos: never wanting to be part of what might be too fashionable or bland enough to belong anywhere else but here. The island mentality is still with us, but we now have a country far removed from anything Cameron's cronies could imagine or indeed want. A country where culture is in constant turmoil, denying its own self-mythologised notion of what makes us a nation. Which brings me neatly onto two new documentary films.

Out this week (August 3rd), Julien Temple's new documentary, London: The Modern Babylon is an exhaustive (and almost exhausting) trawl through the archives of the BBC and BFI for footage of London, from the early days of moving images through to the present day.

As Temple himself admits, he had little idea what it was he was trying to say at the beginning of this herculean task, but by simply trusting in good fortune he immersed himself in thousands of hours of footage and emerged at the end with what's actually an incisive history of culture, race and racism in London. From East End anti-Semitism as jews fled into Britain from a Europe far less tolerant to last year's riots - Temple shows us how no amount of broom-pushing will sweep away the changes that inevitably affect a city so vast and complicated. The most amazing fact revealed is that 42% of London's population is now non-English speaking. When I mentioned this to someone last night, they returned that apparently France's 7th biggest city in terms of native language speakers is London! While there are plenty of stark moments that almost beggar belief, such as footage of interviews from as recently as the mid-70s where interviewees express racial hatred that would make even BNP members blush these days - this is not a dour dredge through the past, but a witty, irreverent and often silly love letter to a place that defies categorisation.

Ever the anarchist prankster, Temple cheekily peppers the film with choice punk and post-punk moments from his own past: clips from Absolute Beginners, The Great Rock 'n' Roll Swindle and various pop videos, as well as the documentary he made with Malcolm McLaren about Oxford Street. But this is never gratuitous and shows how Temple, with his left-wing intellectual background, has always been fascinated by the multicultural threads that bound together the city and shaped its history. Other brilliantly chosen clips show how both the financial crisis and the Olympics were being predicted as far back as the 70s (I'd completely forgotten the sub plot in The Long Good Friday about the Olympics coming to Docklands).

The prankster side can tip over into occasional jokeyness , especially with the dubbing of sound onto old silent footage. I loved the strains of 'Oh Bondage Up Yours' played over footage of suffragettes, and at one point the simple shot of someone pouring tea from an urn takes on great comedic potential just by the addition of cartoon sloshing noises. But the 'secret weapon' as Temple himself termed it on Radio 4's Loose Ends last weekend was the inclusion of Hettie Bauer - the 106-year old who not only remembers but also was present at so many of London's key moments including the Battle of Cable Street opposing Oswald Moseley's Blackshirts and even the Occupy camp at St Paul's. Her final quote to camera about Occupy Movement is priceless: 'They're asking for the basis of our society to be queried, and I think that's correct.'

London: The Modern Babylon is about the benefits of receiving culture from the entire world and somehow use that energy to transmute the fear of 'otherness' into something vibrant and possibly unique. Tony Benn expresses his pride in how his granddaughter, growing up in London no longer regards herself as British but as a world citizen. It's a film about how London has become the capital of the world, really.

Like London, Temple's documentary is multilayered and prismatic: in vaguely chronological form it weaves through the cultural shifts of the decades - flappers to freaks, big bands to blues parties. It inevitably addresses the widening gap between rich and poor and how the demonisation of social housing in the 80s drove the working classes from the capital. This is something that's been looked at in more detail by the BBC's brilliant Secret History of Our Streets series which took the social mapping of Charles Booth and picked six streets to demonstrate how money and class have shaped London. I urge anyone, no matter where in the UK, to see this if or when it's repeated. It masterfully nails the English obsession with property as investment and the national sport of bitching about house prices while sparing no mercy for the town planners, bankers or developers who have carved up Mother London. My favourite moment was in the Portland Road episode where one Holland Park-dwelling merchant banker (who seemed to be deep into some kind of nervous collapse) simultaneously skewered his own class, explaining that any bonus money was only ever going to be stuffed into property and would never reach the society that it leeched on. It's nice to know that public broadcasting can still say such things out loud, in the same way that Boyle's opening ceremony didn't flinch from showing us a GB that, if not broken, certainly resembles this song at times.

Of course, a film made by performance artist, Andrew ‪Kötting,‬ in tandem with psychogeographer and esoteric writer, Iain Sinclair, and concerning itself with a literal and metaphorical journey from Hastings to the centre of Olympic activity in Hackney was never going to be anything other than oppositional in its attitude to the corporate bastardisation of something that should embody our status as citizens of the world. Swandown records the two men taking a swan-shaped pedalo from the south coast to the Thames via Kent's backwaters.The film seemingly starts as folly - like Temple's film - literally getting lost in order to find out where the journey will take them - and ends as a rather touching tribute to a hidden England. At one point comedian Stewart Lee appears with beardy writer, Alan Moore, putting forward the notion that they're included by ‪Kötting‬ to explain what the hell the film's about. 'Iain hates the Olympics', says Lee, 'he doesn't think anything should happen in Hackney without his permission.'

While Sinclair comes across as quietly bonkers - talking about the female spirits trapped in birds' forms and directing rituals on the beach before the pair set out - ‪Kötting‬ is pugnacious and physically courageous. As the film's credits show, he wore the same clothes for four weeks of filming ('I'll miss being able to wet myself whenever I like' he says at the close) and braved rat-carried liver-threatening viruses and constant damp and mud. Sinclair, it's noted, 'was changed regularly'.

What emerges is a twofold story of England's past in opposition to its venal present as well as the relationship between a provocateur and a man of (literally) drier intellect. ‪Kötting‬ is happy to engage, in boisterous form, anyone he encounters (the swan draws many jibes), whereas Sinclair seems less at ease in such a confrontational role. One senses that it wasn't all plain sailing. At one point ‪Kötting‬ says of Sinclair: ' he claims he's descended from the templars… but I can't see it'. Their dual commentaries - often delivered by walkie talkie from the pedal, tossing in the waves -include one humorous aside from ‪Kötting‬, wearily delivered after another of Sinclair's expositions on swans, mythology… whatever: 'Iain can you…. [long pause]… shut up'. But as Sinclair leaves the boat near the O2 centre in order to catch a flight from City Airport ‪Kötting‬ seems sad to have lost his companion. 'Confabulating and mythologising… that's what he does'.

The journey ends at the police barrier preventing river traffic trespassing on the Olympic building site at Stratford. 'Stand back from the Olympics' says the official voice. Both Swandown and London: A Modern Babylon bravely do just that. Both are highly recommended.
Posted by Chris Jones at Thursday, August 02, 2012