Jonesisdying's Top Five things to NOT photograph while in London

Welcome, citizens of planet Earth to our humble, self-effacing little village! Feel free to litter, clog transport arteries and gawp at the sheer weight of history knocking at your brain. Enjoy eating at our overpriced restaurants, shopping in our ghastly generic brand shopping malls (conveniently placed near sports arenas) and generally wondering how we ever got to be a vast imperialist juggernaut all those eons ago. You are all very, very welcome. But before you put on your sensible walking shoes, white socks and unfeasibly large backpacks take note: there are some things that are uncool to us grumpy Londoners. Blocking tube entrances, standing on the wrong side of the escalator, allowing your children preferential seating on public transport while us working drones have to stand. These things will all get on our collective tits. But something far more important worries Jonesisdying: the taking of pointless pictures.

Reams could be written on the role of the digital camera in removing us from our experiences. Snapping at concerts; sports events, even art galleries ferchrissakes: these all negate the actual experience of enjoying something for the sake of a nonsensical pursuit of RECORDING an event for mythical 'later' enjoyment, or somehow validating it by simply somehow PROVING you were there. We're now all guilty of these crimes against mindfulness.

Years ago I visited the Grand Canyon. Its scale invoked a true sense of the sublime. The vast indescribable awe which comes from seeing such a crack in the fabric of the earth. I took lots of pictures. They were all hopeless. And afterwards I began to wonder if by the very act of snapping I'd somehow lessened the experience; sucked a part of the soul from what should have remained a natural wonder. In the same way I worry that too many photos of our beautiful city often mean that the buildings and landmarks themselves become 'washed out'. Drained of any significance beyond what you are supposed to see while visiting. Look at Paris. When was the last time anyone really LOOKED at the Eiffel tower or the bloody Arc de Triomphe? So, in a feeble effort to minimise the onslaught of web-shared postcards of pointless digital witnessing, I hereby present a short list of buildings and objects familiar to Londoners that are now strictly verboten as objects of your pixilated worship. I've not included such hoary old treats as Westminster clock tower, containing Big Ben, Buckingham Palace or even the London eye; to Londoners these things hardly exist any more anyway. No, these are the newest and least cool things in Londinium that you, lovely visitor, should NOT be taking photos of: 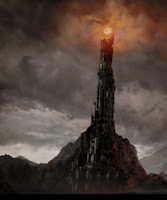 I live in Peckham and London's newest terrorist magnet is an omnipresent blot on my landscape. I didn't ask for it, I regard it as hideous (as do most people I know). I talked to someone who complained that their beautiful riverside view in Rotherhithe was completely destroyed by its huge, phallic, monstrously hubristic profile. It sends out a massively indecent message to your common or garden Londoner. It screams 'Fuck off, you have no money and you can't come in'. Aditya Chakrabortty nailed it in the Guardian with this piece. It's not even owned by Londoners. I could go on… But most importantly: it's TOO BIG TO PHOTOGRAPH. Unless you're miles away (in, say, Peckham, which you won't be because why would a tourist come to Peckham?). Every day i see people at London Bridge craning necks to capture the sheer majesty of a big piece of ugly glass towering over them. I guarantee 99% of these photos will in no way capture such naffness. And the remaining 1%? They'll just serve as marketing for the Qatari government.

Take my advice, the best response is to shake your head at the vastness of the arrogance in an age of economic meltdown, and walk quickly away.

Keen Banksy fans will now be flocking to capture his latest oh-so-incisive 'commentary on the current Olympic shizzle. Ouch - take that Boris and Cameron. Boo to the police state and Seb Coe.

While I find him and his ilk reasonably witty and creative, they deal in rather blunt discourse: broadsides against the great beast of western capitalism etc etc blah. Without getting into a tedious monologue about the evils of graffiti, the crassness of the statements and the needs of political protest in public art, the real clue is in the name. It's STREET ART. It's meant to be enjoyed in situ, on the fucking street. A book and exhibition may have ben a step too far for the Bristolian man of mystery, but selling postcards/prints/lovingly printed bits of faux canvas of his stencillings was idiocy of the highest order. Brick Lane, once the stomping ground of London's artiest art crowd, is now full of Canons and Nikons scouring the walls for something that was always designed to be transitory and fleeting. Taking photos of street art is like filming yourself having sex. It's slightly grubby, tacky and negates the whole joy of the event. A girl with a balloon has become the green chinese lady of our age. Stop that, now.

Anyone old enough will know how utterly charming phone boxes were. Designed by Sir Giles Gilbert Scott in 1926, the bright red classicism of the 'K2' hid the savoury delights of the overwhelming smell of urine, a mouthpiece that could give you botulism and a place to find the number of several post-op transexuals. To you they look quaint, to us they look like relics merely kept to keep you snapping.

Popping up just in time for you-know-what. The concept of 200+ similar public works, each one decorated by the great and the good in art and design, left dotted around in London's streets and park was, for a brief spell, charming. Cows and elephants somehow made our streets look a little psychedelic and groovy. But last year's Faberge eggs were underwhelming. And this year's Olympic mascots Wenlock and Mandeville are, frankly, awful. The cherry on the Olympic cake of bad design (starting with a logo that, seven years on, still appals). Even Huff Post agrees. Sinister? Disturbing? Creepy? Frightening? Yes, and again yes. Lovely visitors, NO ONE in the UK likes these cyclopean blobs. And we certainly don't want them to be annoying foci of attention on our busy, crowded streets. Please ignore.

This is what I mean by photography sucking the soul out of a building that deserves more. BPS is a mess. Its brickwork is crumbling. It's held up by scaffolding and steel joists. For years developers have dicked around while a building that could easily be one of the most stunning venues on the Thames And yet, and yet... you insist of capturing its post-industrial malaise, possibly because it once featured on a Pink Floyd album cover. Well, for one, the original photo shoot involving the inflatable pig went horribly wrong and had to be mocked up. And what's more, any building that's become available as a black and white Habitat print now has less than zero credibility as the subject matter of your photos. Why not devote more time to saving the place? Just saying...

6. Your turn
This list could be extended ad nauseam, but I leave number six up to anyone who'd care to comment. I could have included the newly branded Tower Bridge (see below) - for the double reason that its Victorian splendour does not deserve the giant rings, plus it's TOWER BRIDGE. NOT London Bridge!!! Or maybe I should have included just about any part of Camden High Street. But instead I'll leave you to suggest anything else in London that positively, undeniably does not need any more photos taken of it.