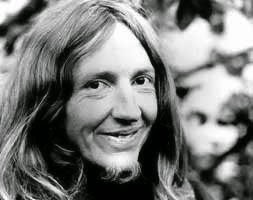 So farewell then, Daevid Allen, the one, the only real Pot Head Pixie.

Since Kevin Ayers passed away a few years ago, this leaves only two original members of Soft Machine - the ‘Canterbury scene’’s most important band - left alive. And more importantly it leaves us with one less true maverick. It seems entirely appropriate that he died on Friday 13th... 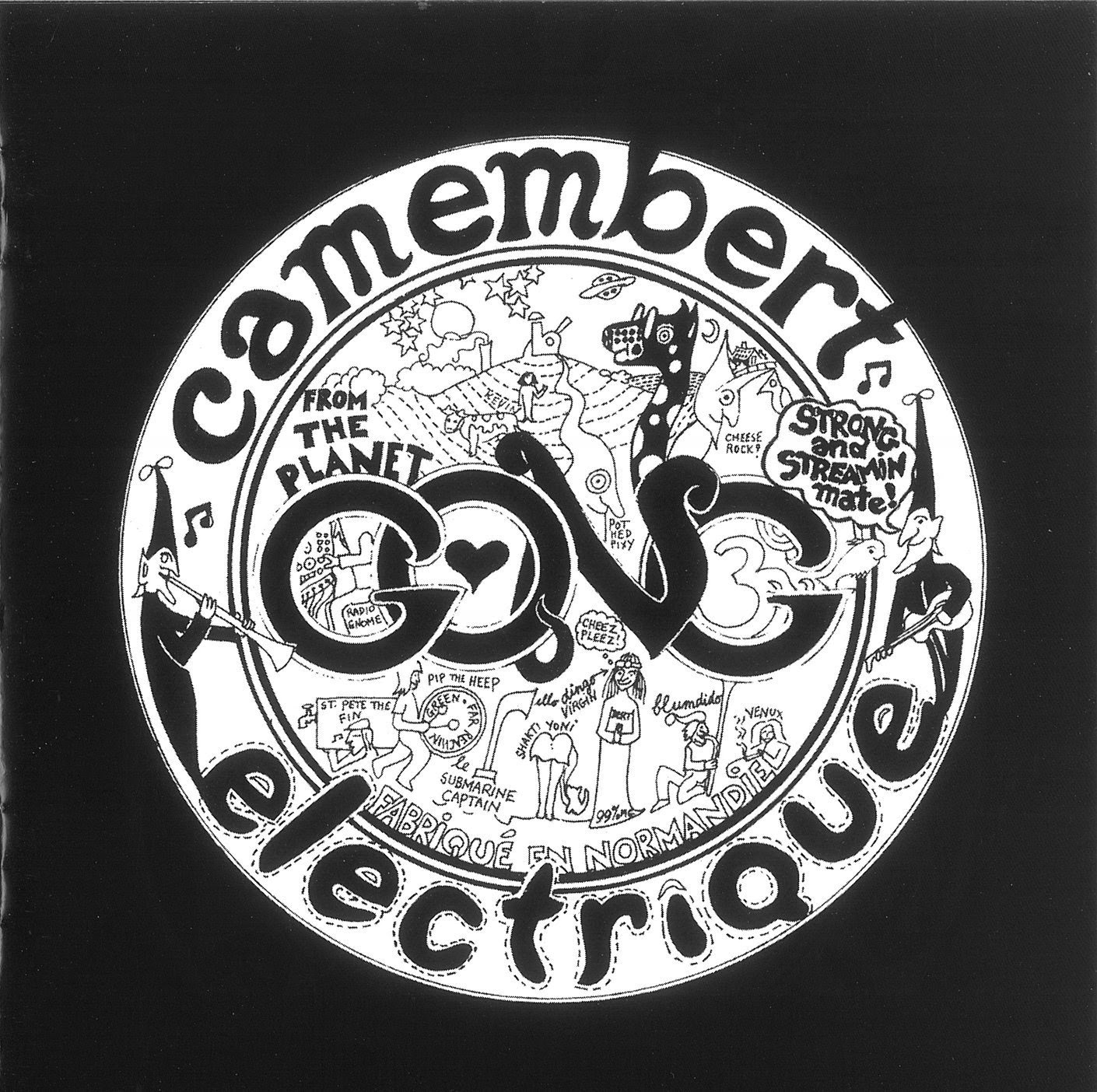 Many have already said it far better already, but the wit, irreverence and irrepressible optimism which ran through his entire canon marked him out as a true original. Ironically, like many of my generation, I have arch-capitalist Richard Branson to really thank for my introduction to Allen and the Gong clan. Regular post-school visits to the local Virgin record shop in Coventry in around 1974 were spent staring longingly at the strange album covers and spending literally hours trying to decide which to buy with my woefully limited teenage funds. Oddly the first dip into the world of Pot Head Pixies and the little green planet outlined in Allen’s self-authored mythology was with the first of the classic ‘Radio Gnome trilogy’: Flying Teapot. This is strange because at the time Gong’s previous release, Camembert Electrique (first released on Jean Georgakarakos, Jean-Luc Young and Fernand Boruso’s BYG label in France in 1971) was also available for a bargain price of 59 pence. Having fallen deeply in love with Flying Teapot and its blend of silliness, motorik funk and cosmic electronica, Camembert Electrique became my second Gong purchase. (side note: I also bought Faust’s erm… challenging - for a teenage Bowie fan - Faust Tapes for the same price. The nascent Virgin label catalogue was, at the time, composed of a truly life-influencing blend of European oddness (krautrock, electronica etc.), along with the notorious Tubular Bells and various Canterbury, jazz-rock offshoots such as Henry Cow. In fact, I really should get round to writing about how virtually everything that label released in its first few years was to influence my musical tastes. But enough of the old-man-reminiscing bullshit.) 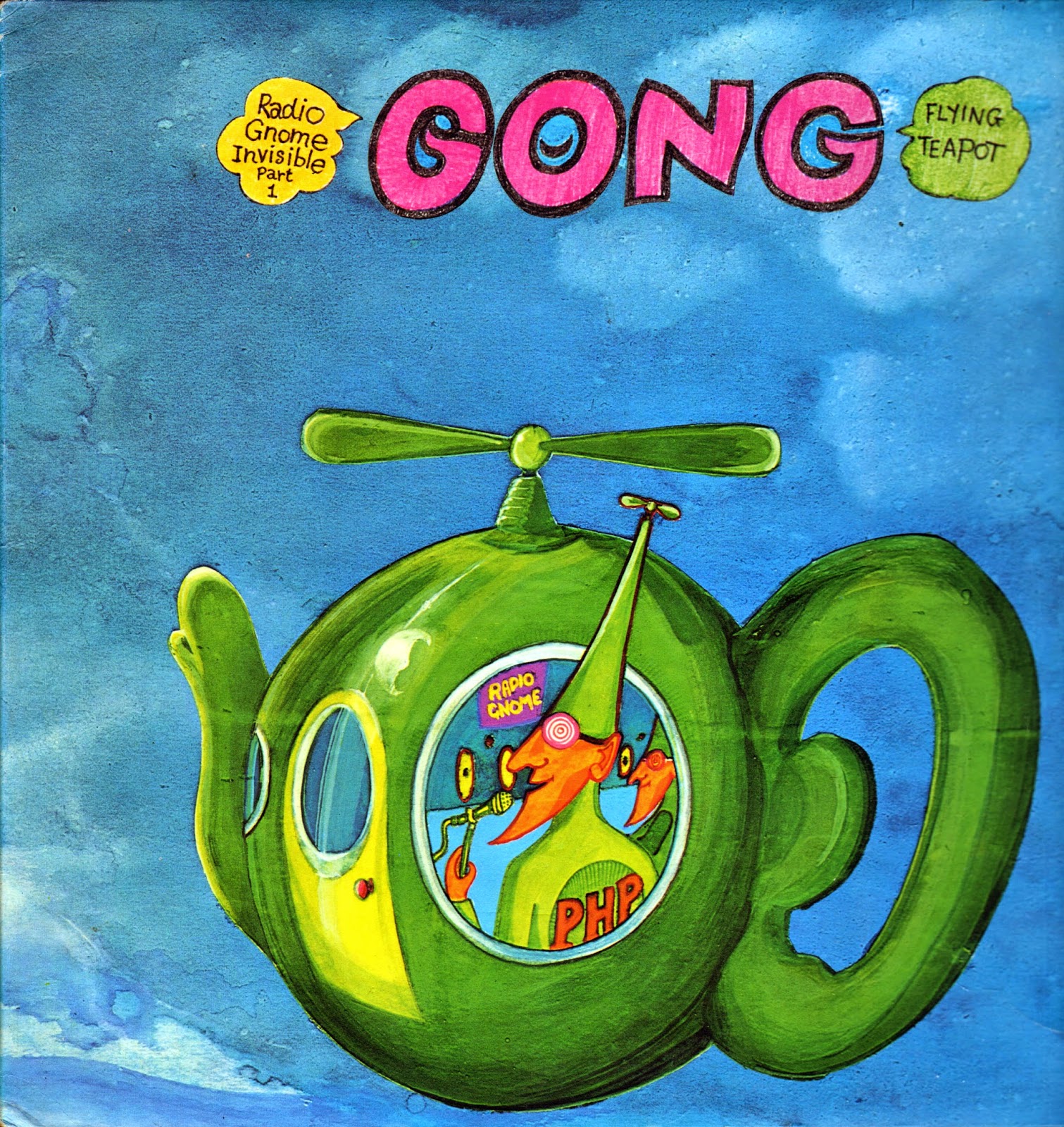 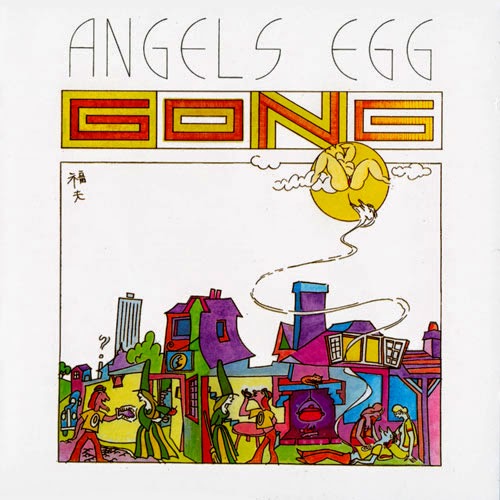 Allen’s roots lay not in the more commercially handicapped mid-‘60s hippie era but in its roots in beat culture from earlier in the decade. Moving from his native Australia in 1960 to the UK via Paris, he was a polymath more typical of the times, writing poetry and dabbling in the visual arts as well as playing jazz-influenced rock ’n’ roll. His credentials by this point even included working with William Burroughs. It was his shared love of jazz as well as his automatic status as role model due to his greater age and free-thinking, freewheeling peripatetic experience that drew the other, younger members of the early Soft Machine to him. These included the son of his Canterbury landlady - Robert Wyatt - on drums. It was only Allen’s forced expulsion from the band in 1968 (due to an expired visa that meant he couldn’t return to the UK following a French tour) which allowed the band to gradually morph from countercultural leading lights into full-on jazz-rock bores by the mid-‘70s. Back in France, Allen and partner Gilli Smyth forged the communal umbrella of Gong and their very own brand of space rock was born.

Gong’s somewhat degraded status in the pantheon of ‘cosmic’ rock (compared to, say, The Grateful Dead or Pink Floyd) undoubtedly lies in one simple fact: they were slightly late to the party due to bad business decisions and, let’s say, a somewhat ‘laid back’ approach to the revolution. The band’s first album proper (if you discount the cheaply recorded Magick Brother, Mystic Sister album on the free jazz label BYG/Actuel (home of Archie Shepp, Don Cherry, Art Ensemble of Chicago and Anthony Braxton among others) appeared in 1971. But Camembert Electrique was initially only available in the UK on import from France and was almost instantly commercially scuppered when the label ran into financial trouble the following year. Thus, their ‘classic’ period truly began with the recording of Flying Teapot at Branson’s Manor Studios, and after Branson’s new label bought the distribution rights from BYG and made the album the second release after Mike Oldfield’s Tubular Bells. 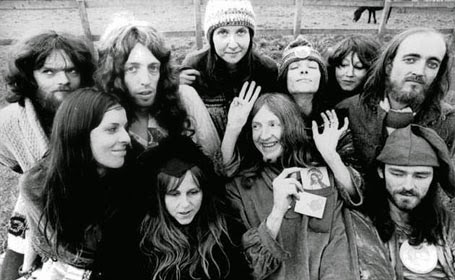 Truth be told, the appearance of a band of free-thinkers who espoused cosmic love via a metaphorical story of invisible pixies in teapot-shaped spaceships from a green planet in another dimension was at odds with the zeitgeist, and while they found a home in the ragged remains of countercultural thinking, Allen’s seed vision remained a cult proposition at best. Yet over 40 years later the mythology lives on and Allen’s legacy not only spans Soft Machine and Gong, but a whole heap of solo projects that saw him work with everyone from Bill Laswell to Sting.

Musically, DA was (as in all things) an oddity. In many ways he resembled a more cosmic John Mayall, drawing a ream of talented players into his fold while remaining true to his own idiosyncratic path (to the point of leaving Gong just as they looked set to make it big). Each of these players drawn, almost mystically into Allen’s lunar orbit, was comically re-christened as they became part of the Gong cast of characters. Thus, bebop and world music sax specialist, Didiere Malherbe became ‘Bloomdido Bad De Grass’, and future Hawkwind electronics alumni, Tim Blake was dubbed ‘Hi T Moonweed’ etc. He himself used the names Bert Camembert, Dingo Virgin and many more. The band’s revolving roster of musicians included ex-members of Magma (Francis Moze), Yes (Bill Bruford), The Nice (Brian Davison), Kevin Ayers’ band (Steve Hillage) and even jazz rock legends Pip Pyle, Laurie Allan and Pierre Moerlen (as you can maybe tell, the band had trouble hanging on to drummers): the latter of whom went on to lead the band once Allen quit in ’75.

Unlike Mayall’s sturdy and (musicologically) important but intrinsically dull blues appropriations, Daevid had chops that put him in a class of his own, both philosophically and aurally. A friend often used to point out that early Softs and Gong recordings (before he teamed up with Steve Hillage) bear the mark of a true original on the guitar. For a thorough exploration of his technique I recommend the aforementioned Camembert Electrique, or his earliest solo album, Bananamoon. But in terms of true innovation on six strings he struck gold much earlier in the ‘60s. Following the Soft Machine’s appearance at the legendary Alexandra Palace 14 Hour Technicolour Dream in 1967, Allen witnessed Syd Barrett’s Pink Floyd in their full acid-drenched glory. It was Barrett’s technique of ‘stroking’ the strings with a polished zippo lighter (itself, a technique borrowed from AMM’s Keith Rowe) that led to Allen ‘inventing’ ‘Glissando guitar’ (also referred to by him on occasion as ‘aluminium croon’): a method of using massive delay along with the use of polished surgical instruments to coax ethereal sounds from his guitar. It was adopted by Steve Hillage and influenced a slew of other guitarists (including… ahem… myself), and if there’s ONE thing alone that Daevid should be remembered for, it’s this. 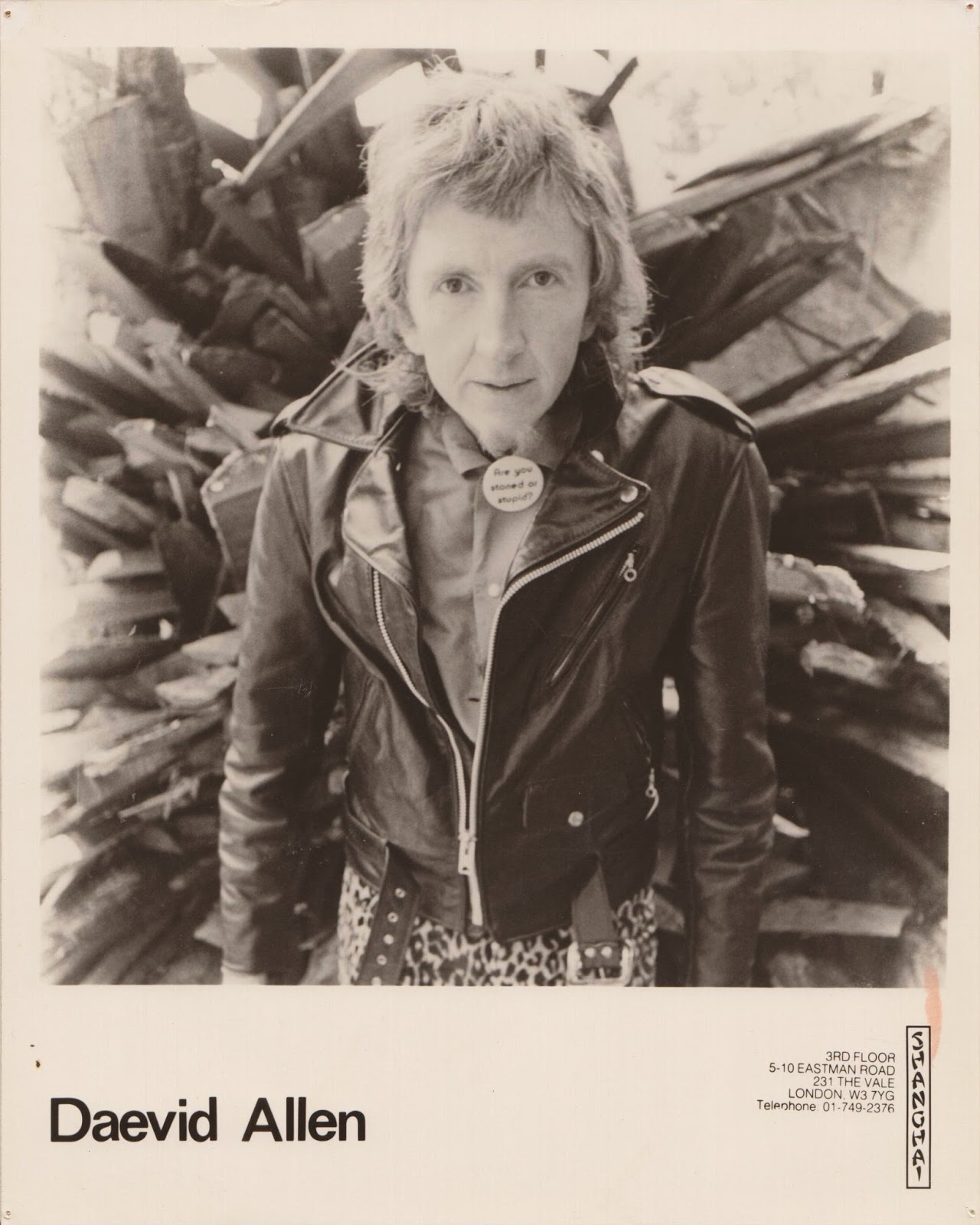 Allen himself was a gloriously self-effacing and honest man who played the holy fool: part guru, part inane joker. His two volumes of autobiography make great reading, not only for his unshakeable belief in the spiritual quest which marked his muse, but for the honesty with which he paints himself as no saint, caught up in a business which rarely suffers such eccentricity for long. Despite the plaudits currently flowing about the man’s generosity of spirit, he, himself admits his tendency for an occasionally fiery temper matched with an egotism that stood at odds with his world view but was necessary to get his message across. But overall Daevid was a true idealist who never quit the search for real alternatives to late capitalism, and it often seems a shame that his adoption by the Glastonbury/Hebden Bridge brigade perhaps hampered such dialogue from reaching a larger audience. While the musical imprint of work he was involved with was immeasurably deep on my own tastes and directions, the world which he envisioned and the simple, playful ways in which it was explained were my first true introduction to so many things; from Eastern philosophy to consciousness-expansion. Like the fading traces of an acid trip, the end result always saw you returned to earth with a bump (just like Allen’s alter-ego, Zero The Hero at the close of the You album) but the journey was always so much fun. 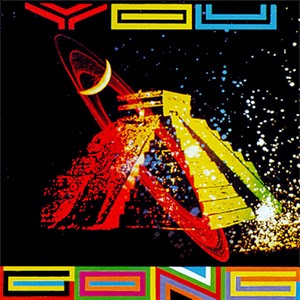 A few years back I finally saw the classic band, along with all the attendant offshoots and followers of the Gong family, at their Unconvention in Amsterdam’s Melkweg. That one weekend still stands as possibly one of the most joyous, warm events in my life. The sense that everyone was there for the same reason was overpoweringly positive and for a brief spell I truly felt like I’d come home.

Thank you. I go to listen some of his music right now. Just remembered him warmly yesterday, not knowing about his death. I'm happy that I could meet him few years ago when he was on tour with University of Errors. So, no more music from him, still lot of to lear...

Many thanks, Gamilan
How lucky to have met the old PHP. He was a very special man...