A break in my fallow blogging period to let you know about my latest project - a new EP under my Jonesidying pseudonym entitled: Noble Truth. 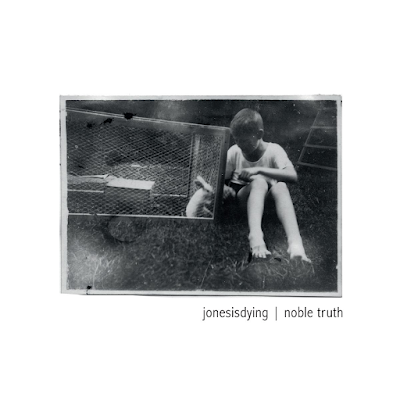 The EP is released as a digital download through the new label of my great friend Simon Hopkins: DGMFS Media. Below is the press release.


jonesisdying is the performance name of Christopher Jones, a South London resident who specialises in making guitars sound as little like guitars as possible and who takes inspiration from space rock, psych, krautrock, Norwegian jazz, classic country and much else besides. Using electronic processing, found sounds and post-production, Chris seeks to express concepts rooted in Buddhist meditation and other more esoteric traditions, as well as primal emotional states.
noble truth contains four ambient pieces originally commissioned for an abandoned project. The initial recordings were then rescued, overdubbed, remixed and re-mastered when Chris realised that the work contained a core that existed entirely free of any external motivations.
Track list:
Credits:
The EP is available on iTunes and Amazon (it's a bargain!) and is also streaming on Spotify (link below).

Many thanks to Simon, Sarah, Vera, and everyone else who said nice things.
Enjoy!
Posted by Chris Jones at Tuesday, November 03, 2015