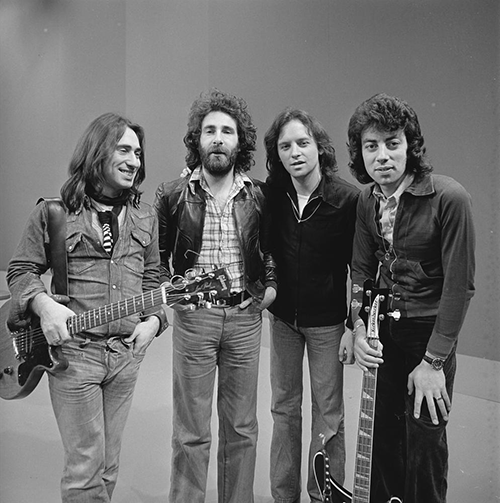 By 1977 English art-pop perfectionists, 10cc, were in crisis. Actually, they weren’t just in a crisis, they were fucked. The only thing was: they didn’t know it.

Famously 10cc were born from the ashes of nascent careers writing hits for the Hollies and Yardbirds (Graham Gouldman), paying dues with Wayne Fontana (Eric Stewart had actually sang lead on The Mindbenders' biggest hit, 'Groovy Kind Of Love') or just being jobbing session players and studio rats (Kevin Godley and Lol Creme). Following a reasonably lucrative period running Strawberry Studios in Stockport and masterminding other faux-bands' singles, as well as a minor hit as Hotlegs (with 'Neanderthal Man'), the band were signed to Jonathan King's UK label, given a questionable new name and they were off. 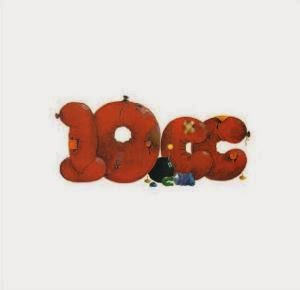 The next four years had seen them put into effect what was almost a masterplan of pop strategy, moving them from cheeky chart contenders to album conceptualists. Their self-titled debut album's parodies laid their stall out with aplomb. It was full of 50's pastiches such as 'Johnny Don't Do It' or 'Donna' and the censor-baiting rockers such as 'Rubber Bullets' while displaying a fearsome grasp of studio trickery. Here was a band that not only had the ironic detachment of, say, Steely Dan (a band with whom 10cc are most often compared, both bands having learned their trade via the '60s equivalent of Tin Pan Alley on either side of the Atlantic) but also the smarts to make top 40 gold out of what was far more grown-up fare than that of contemporaries such as say, Slade or Gary Glitter. The following year's album, Sheet Music, saw the pastiches jettisoned and the band truly find their own sound. What was effectively a pair of duos combined Godley and Creme's cerebral love of art rock and musicals with Gouldman and Stewart's ear for an irresistible tune. sardonic, knowing hits 'Wall Street Shuffle' and 'Silly Love' rubbed shoulders with hilarious deconstructions of the ridiculous trade in which they worked such as 'The Worst Band In The Word' ('Never seen the van, leave it to the roadies, never seen the roadies, leave 'em in the van') or 'Old Wild Men' (possibly the first song to conceive of rock stars ageing), while third world politics and terrorism, were also fair game to these clever boys. 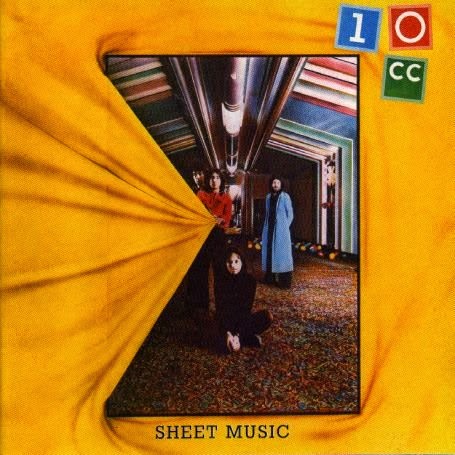 Of course the following year's Original Soundtrack contained THAT SONG and the world now seemed theirs for the taking. However the cracks were beginning to show. The differing approaches of the two pairs was becoming more obvious with Godley and Creme's post-modernism ('The Film Of My Love' or the overlong tri-part 'Une Nuit A Paris') sounding at odds with Gouldman and Stewart's more straightforward rock and pop craftsmanship. It was still a fantastic album, however, and by 1976's How Dare You! these cracks seemed less apparent, to the point that the album could stand as their masterpiece, containing suites in miniature like 'I'm Mandy Fly Me', 'Art For Art's Sake' or 'Don't Hang Up'. But in the studio the four had reached breaking point and Godley and Creme headed for the hills (and a future in video pioneering) holding their art school credentials high and leaving the remaining duo to wonder whether to carry on as 5cc. 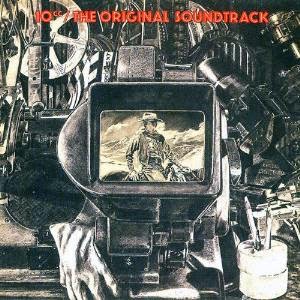 The unfortunate decision was to draft tour drummer, Paul Burgess as a full-time member, recruit some other fine session players and soldier on. The sense that Gouldman and Stewart did this just to show the quitters just how much they didn't need them is borne out by later interviews. Both parties now admit culpability with Godley and Creme admitting that maybe they could have gone off to make the overblown Consequences album (ostensibly a triple album vehicle to advertise their patented Gizmotron guitar tool which was hamstrung by a little too much self-indulgence and weed) and simply brought the resulting lessons learned back to be used by 10cc, Gouldman and Stewart meanwhile found it impossible to sanction any hiatus by the others while they were at the peak of their earning powers. Ah, foolish youth… 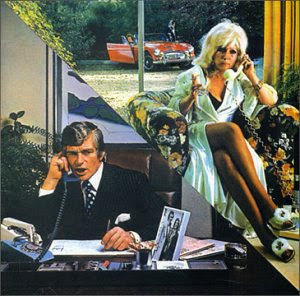 But be quiet, big boys don't cry; this lengthy back story serves as a scene setting for what came next: the truly awful Deceptive Bends album. Although by no means a total disaster (especially when compared to the following studio album, Bloody Tourists which contains 'Dreadlock Holiday'. The world's most racist hit? You tell me…). Obviously Graham and Eric weren't dunces, and their ear for a hit hadn't deserted them, but somehow without the worldly cynicism of Kevin and Lol they had to rely on their own more forced sense of humour. Deceptive Bends contains ten of the cleverest, most slickly produced cuts, but somehow it's a joyless affair. Just compare 'I'm Not In Love' from two years previously with 'The Things You Do For Love'. or 'People In Love'. The sly irony has vanished and instead it's replaced by something utterly impressive and yet lifeless. 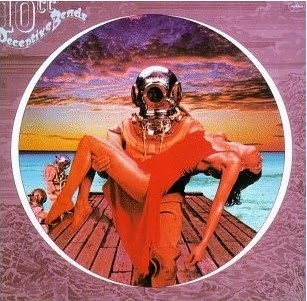 But worst of all was the lead track which when released in 1977 made it to number 5 in the UK charts: 'Good Morning Judge'.

For starters, there are the lyrics, concerning what Allmusic describes as 'a career criminal'.  Let's have a look at the first verse:
Well good morning Judge, how are you today?
I'm in trouble, please put me away
A pretty thing took a shine to me
I couldn't stop her, so I let it be (repeat three times) etc.

So in the very first verse our 'hero' is admitting to what exactly? It sounds suspiciously like an 'ironic' reference to either sexual assault or under age sex to me (good grief, what was I saying about Gary Glitter?), especially when you examine the following verse's reference to a car theft ('I found a car but I couldn't pay. I fell in love so I drove it away').

Riding on a jaunty beat that  drives home the repeated refrain at the end of each verse, it also contains what by now had become the band's stock in trade, the doubling of lead vocal with a bass voice an octave underneath. In other words, with this, the first song of a post-split 10cc, the band have begun to parody themselves. If this isn't warning enough, the stand-in for a chorus ('I didn't do it, i wasn't there' etc…) sounds like the pair are making excuses for their own musical crimes.

And yet, at the end of each verse there's something strange happening. Eric's ultra-nimble slide guitar which had appeared in the middle section of the previous year's 'I'm Mandy, Fly Me' reappears to make a startling little interjection before droning up the fretboard and away. Clearly the chops hadn't deserted them. And, as if that wasn't frustrating enough, at the 1'31'' mark the slide returns to usher in perhaps Eric's finest moment: a solo that manages to combine Bakersfield with a call-and-response chickenwalk and blows your head away, all before the 1'58'' mark when it gives way to a bottom end riff (again, merely reiterating the band's superior earlier work) that signals a return to the laugh-free irony fest.

It's doubly annoying here because not only is it a blinding solo - perhaps one of my top five of all time despite its brevity (or maybe because of it) - but also because it resides in a completely shit song that objectifies women, trivialises crime (Rubber Bullets at least knew it was springing from a tradition that included 'Cell Block Number Nine' or 'Jailhouse Rock') and, worst of all, was catchy as hell.

To be fair, at the age of 16/17 I thought it was very clever and loved it to death. But age, wisdom and a heavy heart now lead me to cringe every time I hear it. All except for those scant 25-odd seconds of six-string heaven in the middle...
Posted by Chris Jones at Saturday, November 22, 2014

Nicely said. I bought the single when it came out but it wasn't for a while till I realised that the protagonist in the song appeared to be up for car theft and some kind of sexual offence...there is/was a slightly questionable air running through some 10cc lyrics (see 'Iceberg'). But it is a great solo (and beautifully recorded/rendered too)...