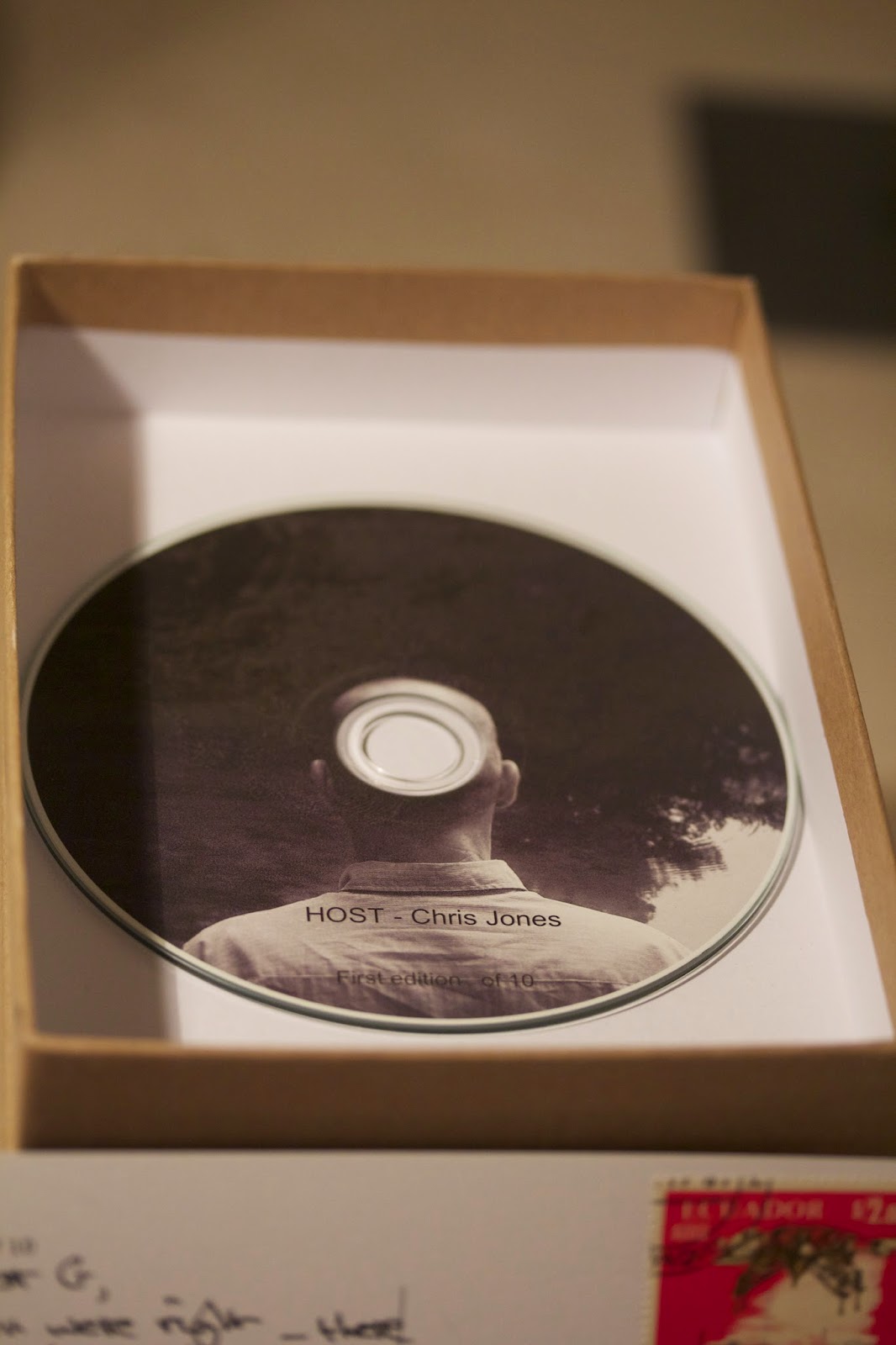 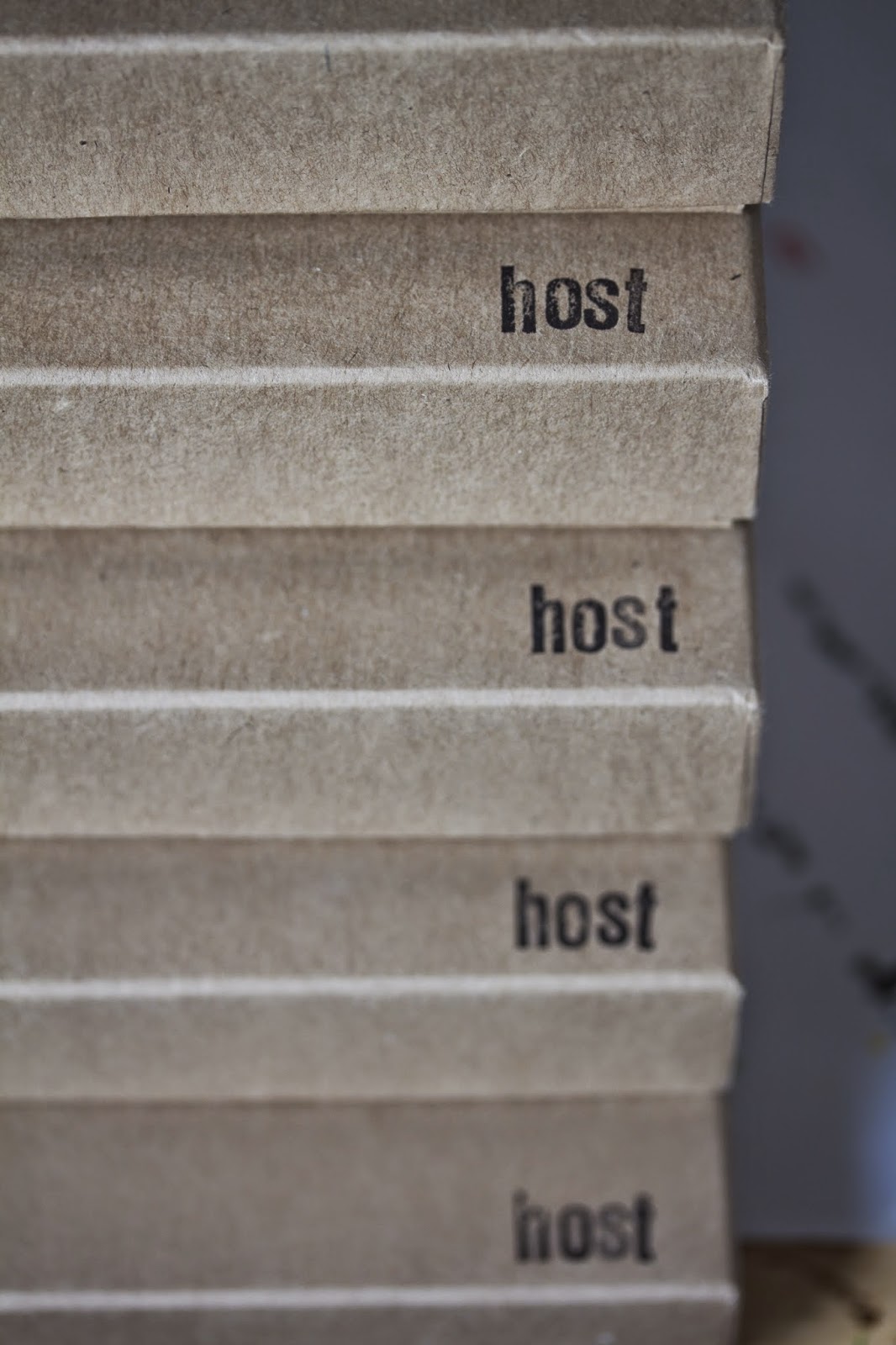 A couple of weeks back I posted about the new improved (?) Bandcamp site that I now have with new artwork, links and such, and also promised I’d write when my latest project was ready for public consumption.

Host is a multimedia project created initially for Auflage #1: an artist’s book fair hosted over two weekends at Galerie GUM, in Bielefeld, N. Germany and curated by Gabriele Undine Meyer and Vera Brueggemann. The original idea was to publish a book of photographs which would come with a CD of new material, but time constraints (and the lack of a decent printer) meant that the concept changed. Host is now a limited edition of ten signed box sets containing ten hand-written postcards (complete with neat space-themed stamps!) and a CD of ten new tracks. 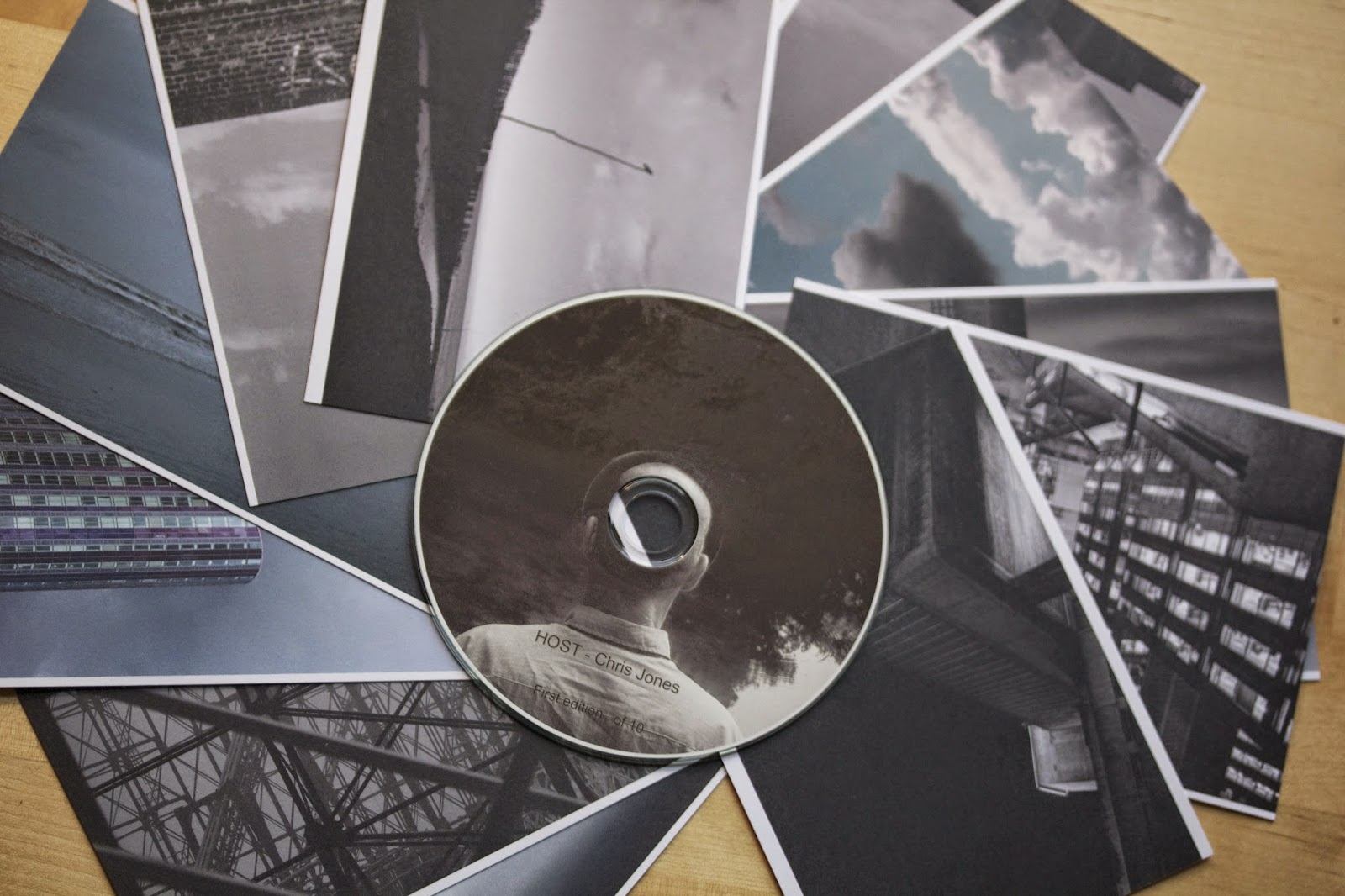 The five boxes taken to Germany amazingly all sold and the few remaining copies (three at time of writing) are now available to buy on the Bandcamp site for £70. If all copies sell I will be creating a second edition before the end of the year. 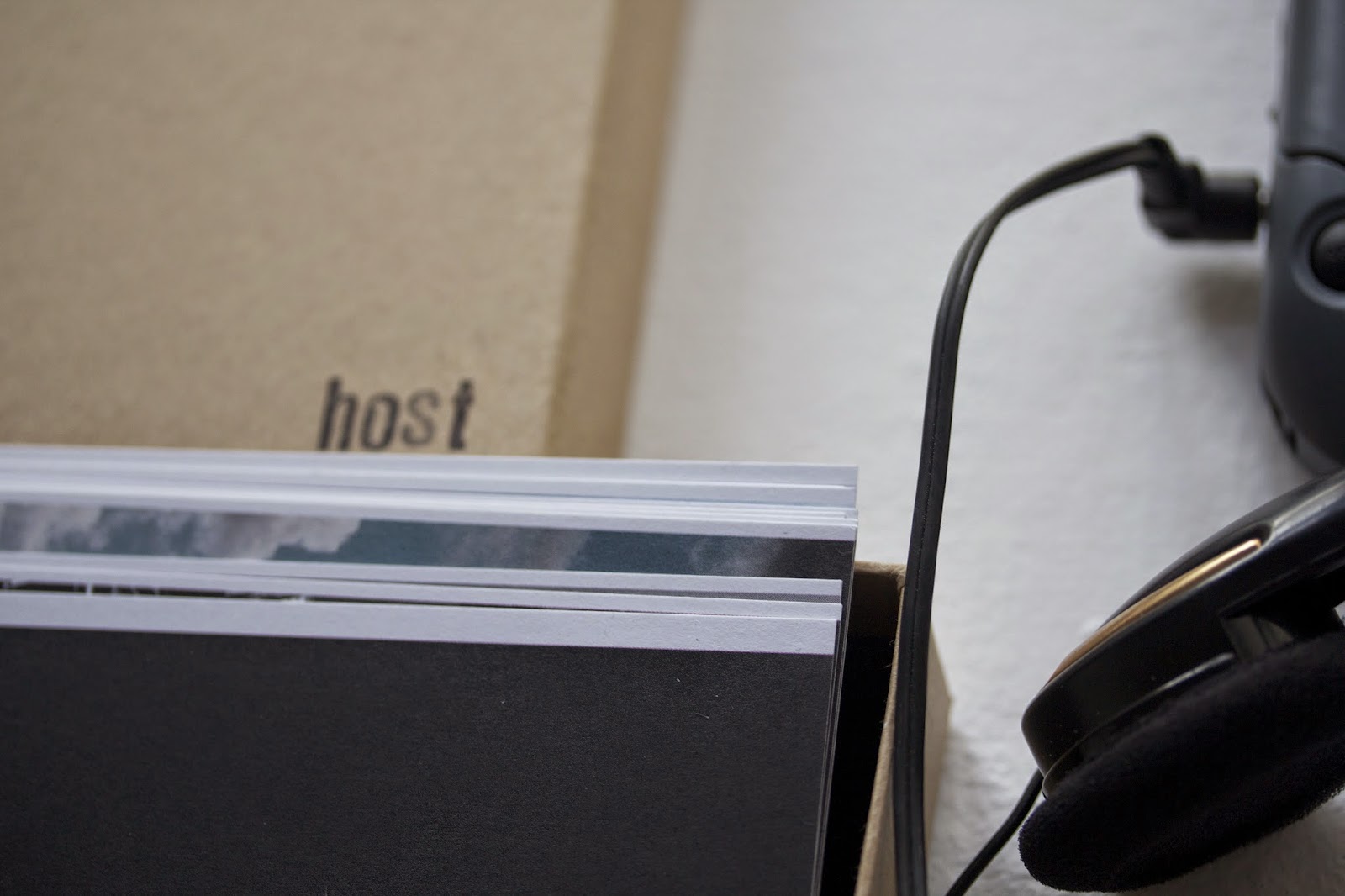 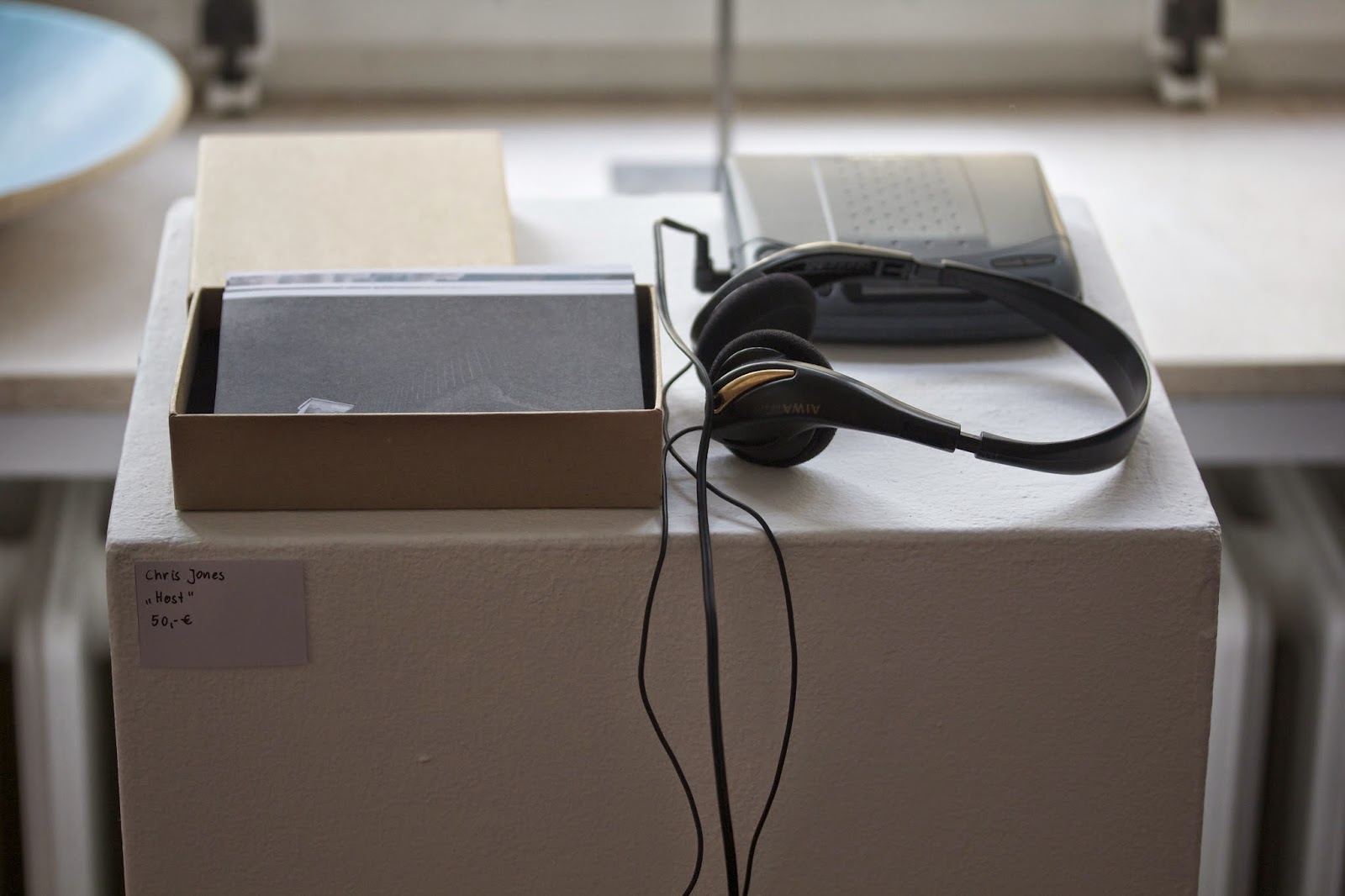 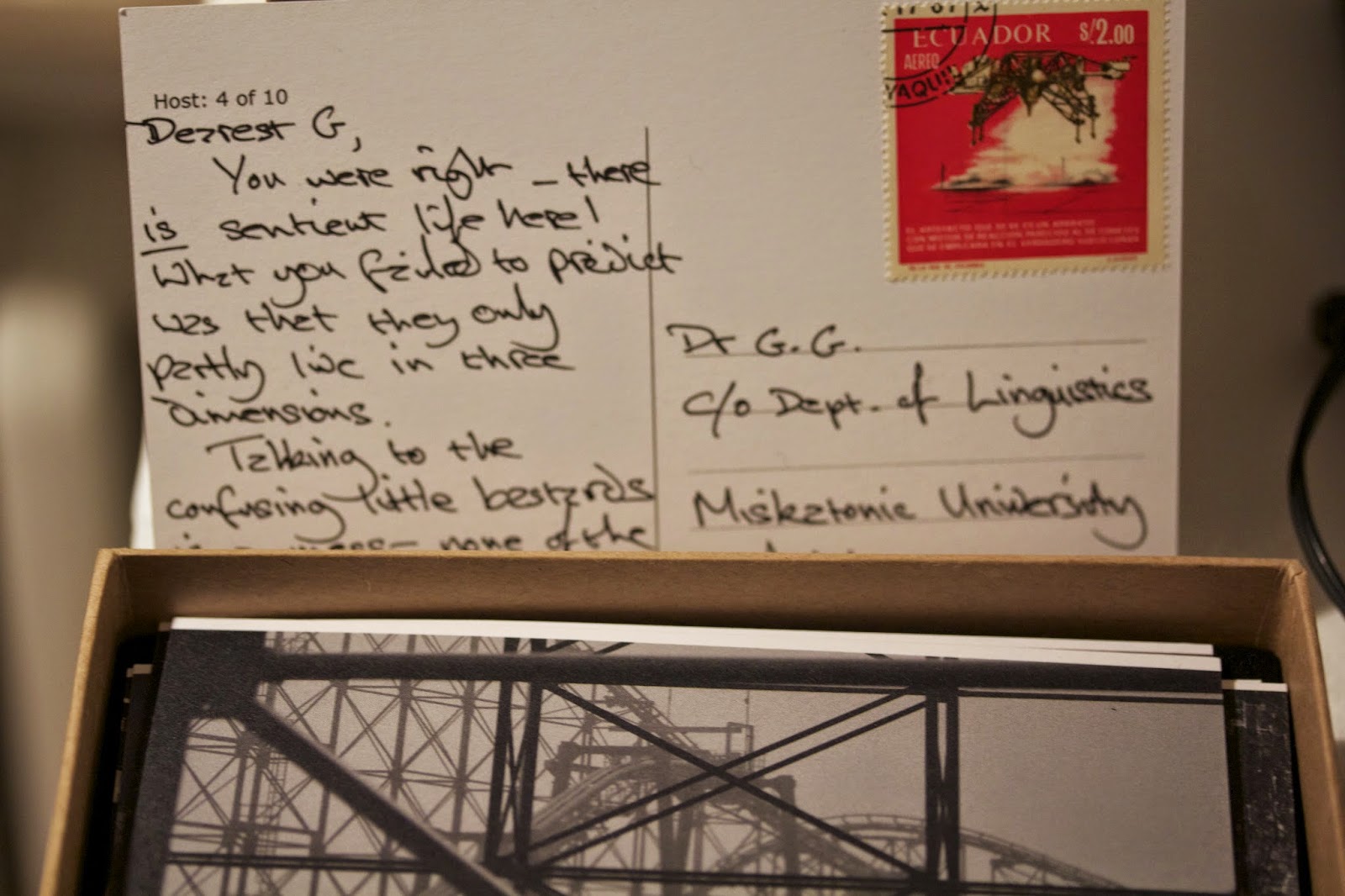 The idea was a particularly neat solution for the problem of what I could confidently bring to such a gathering of talented people, mainly because it plays to my three main areas of interest, music, writing and photography. Each card (the images can be found on my photography blog here) depicts a landscape that somehow conveys an otherworldly quality (hence the stamps). Each short message/story may or may not relate to the image featured: the same being true for each of the ten pieces of music. The listener/reader can choose exactly how much meaning they wish to imprint onto these sets. 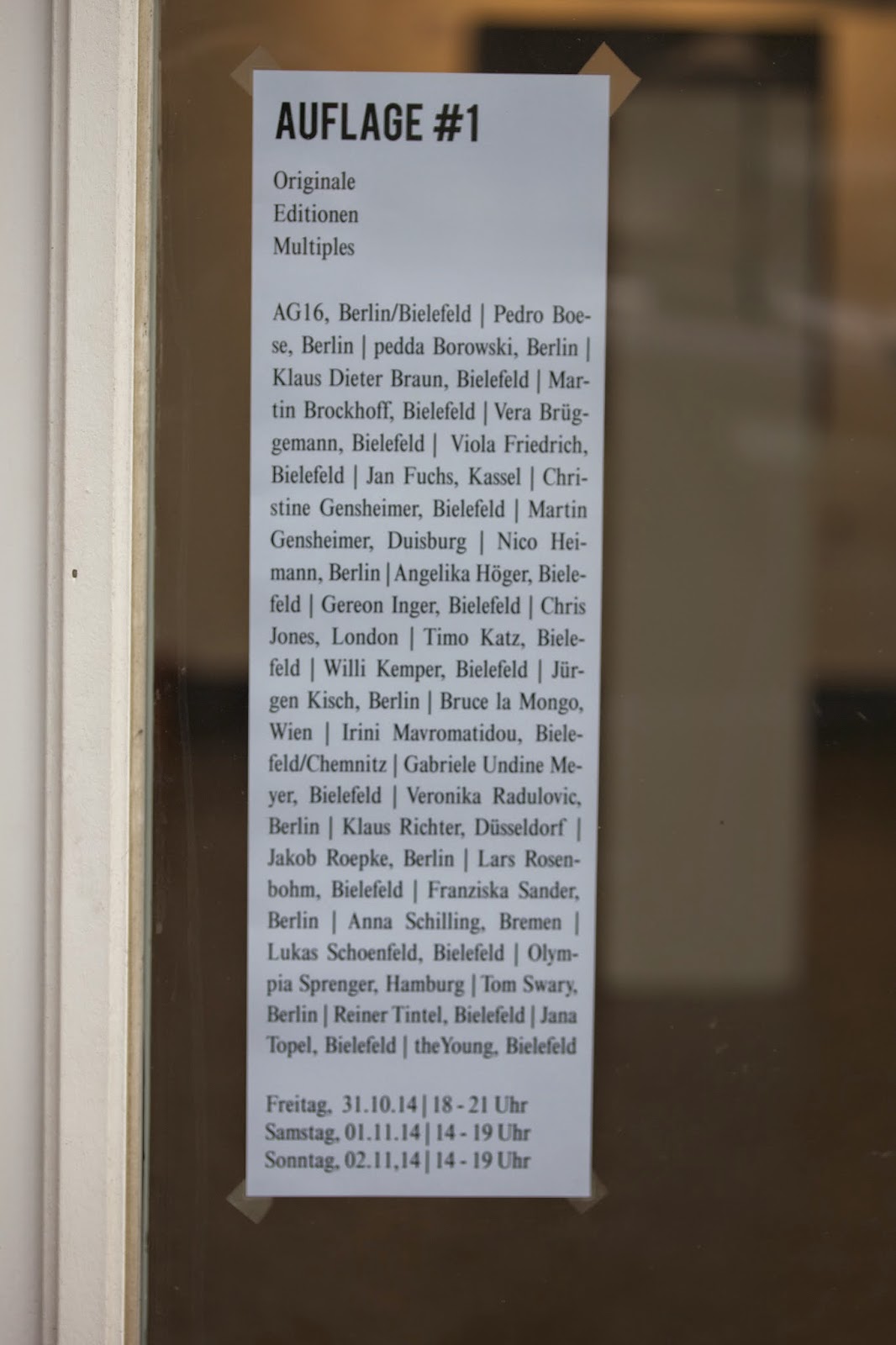 The music is also available separately as a digital download from the Bandcamp site. 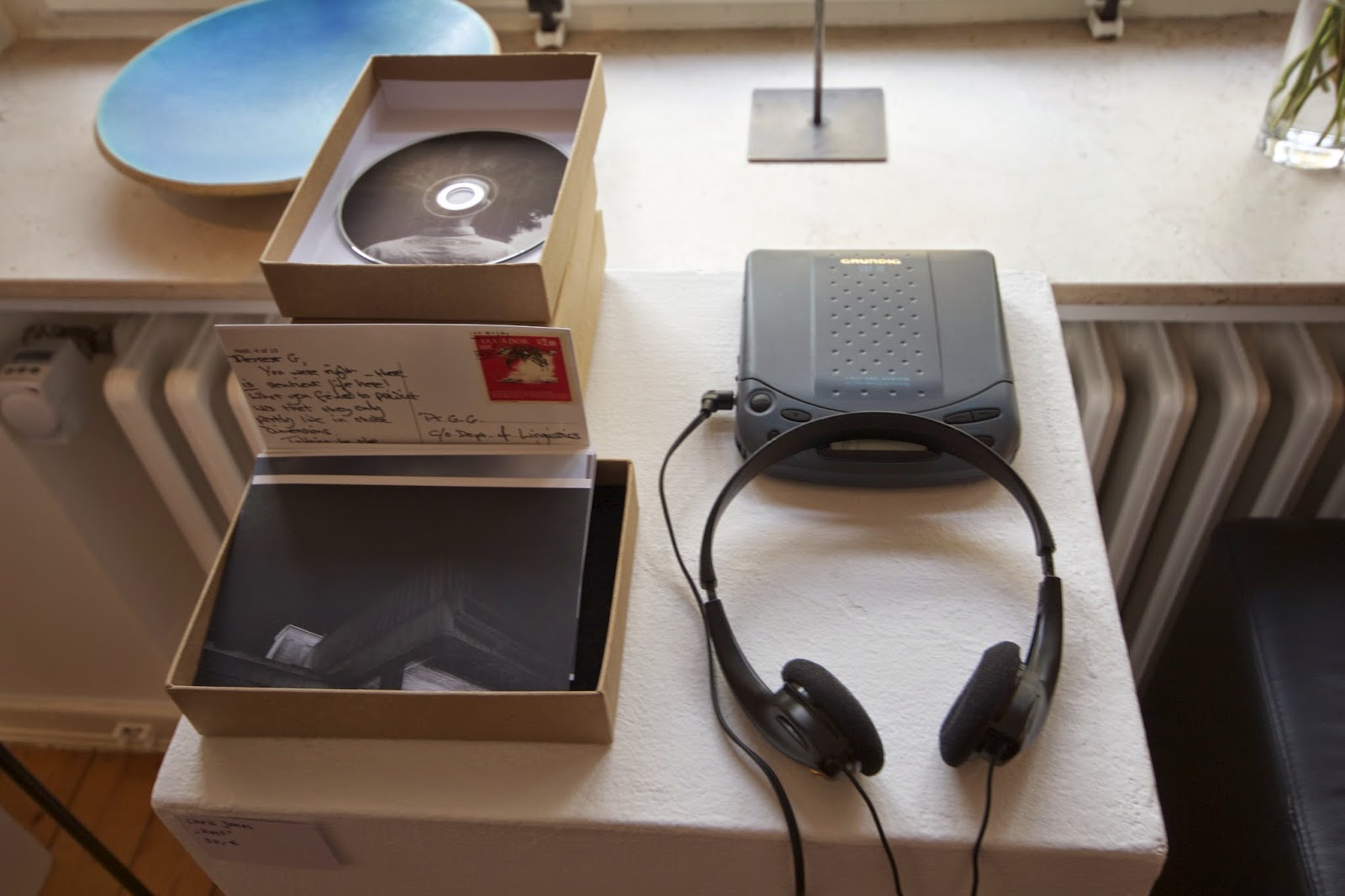 The project has been a considerable amount of work over the last month or so, but I have to say I’ve been thrilled at how it seems to have turned out exactly as I envisaged it.

Thanks to everyone who encouraged me or bought the box, and especial thanks to Vera and Gabriele for being so generous with their time and their opinions.