For some unknown reason I've been playing Wooly Bully by Sam The Sham and the Pharaohs a lot today. It's an odd song.

How odd? I hear you ask…

(BTW I love the explanatory comment under this video, it somehow compliments the dumbness of the song it's introducing.)

Recorded in 1965, it was, by all reasonable accounts, originally written as a reaction to a dance craze at the time: the Hully Gully. Domingo “Sam” Zamudio (born 6 March 1937, Dallas, Texas) - who had already failed to have hits with previous, totally different incarnations of 'The Pharaohs' - hit gold when he played this to his record company. After a change of title due to legalites, the organ-driven, Mexican-flavoured wig-out that we know and love today was born. 11 months later, the band had split (predictably over money) and Sam went on to have plenty more novelty hits (with new Pharaohs) and even waxed an Atlantic solo album called Hard and Heavy that featured Duane Allman, as well as contributing to Ry Cooder's soundtrack for The Border.

But back to Wooly Bully (NOT 'Woolly', you'll note). Banned by some radio stations - who couldn't hear the lyrics and so assumed they must be obscene - its simple structure masks something more strange.

In the words of Wikipedia: 'The chord progression found in "Wooly Bully" has an unusual 15 bar structure. It is based on an abbreviated 16 bar blues format (itself an extension of the 12 bar blues), where the move to the sub-dominant IV comes after only 7 bars of the tonic I, instead of the expected 8 bars. This device contributes to the energetic drive of the song, effectively starting the chorus before the verse has had time to finish.'

If this weren't enough, the words manage to skilfully blend impressionistic imagery of lovers (Matty and Hattie), a bison, and some dancing. Or something. But that's the point: Wooly Bully is for doing the Hully Gully to, and is being sung by a man dressed in a turban and a cape and who drives to gigs in a 1952 hearse (see above). He was even called 'The Sham' reputedly because he couldn't sing. It is not something to get hung up about the meaning of. Which possibly explains why in another Wikipedia entry, the song is said to be about Sam's cat.

There is, however an interesting bit of hep slang in the second verse, when Sam sings:'Hatty told Matty, "Let's don't take no chance.
Let's not be L-seven, come and learn to dance."' , the 'L-seven is shorthand for the shape you make with your fingers when indicating that someone is a 'square'. Well, I never… etc.

Spotify has hundreds of variants, mainly of the weak-kneed karaoke (or even kids' party) type. Sadly no reggae versions (I must, at some point get around to writing my piece on why any cover version sounds good if it's a REGGAE cover version), especially if you discount Bad Manners' execrable 'ska' attempt (which I very much do). Other versions to definitely avoid are Los Brisks' (Spanish? Mexican?) cheesy stumble, Love's stoned jam and what can possibly be said about Vinnie Jones' sub-Blues Brothers rendition? Nothing.

However, after a brief search I found at least these four groovy variants on the tune about the bully that is erm… wooly. Here we go, Uno… Dos… One, Two, Tres, Quattro! 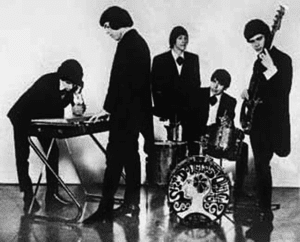 Sir Douglas Quintet (1966)
Doug Sahm was a fellow Texan legend. Ably dispatched by a band couldn't actually sound less like their name. If you see what I mean. 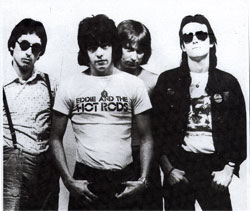 Eddie And the Hot Rods (1976)
Their second single. rough proto-punk with Lew Lewis on harmonica. I seem to remember that he had some bother with the law. 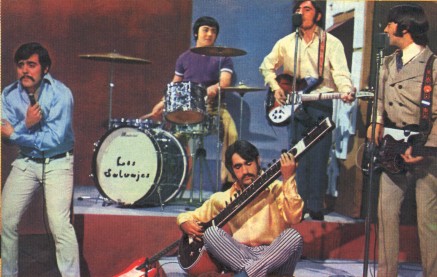 Los Salvajes (1968)
Spain's answer to the Stones (no, really, they were huge), this is a taut version that gives the r'n'b boiler a good stoke. Gritty. 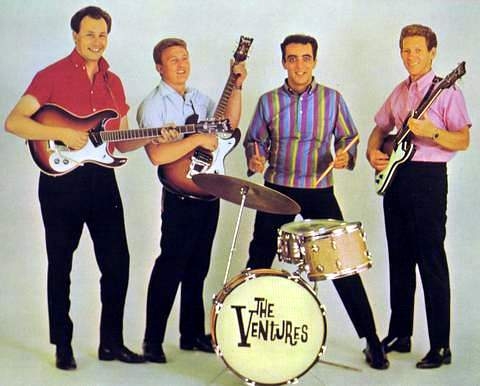 The Ventures (1967)
Did I mention that if you can't get a good reggae cover version, then often a good twangy guitar one will do? Bob's your uncle!
Posted by Chris Jones at Tuesday, June 12, 2012

Labels: music, Sam the sham and the pharaohs, wooly bully