Current Buns No.12 (beating around the Bush) 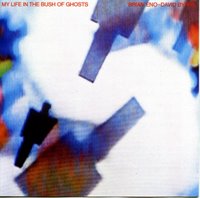 I figured seeing as every other blogger in town is getting hot under the keyboard about the re-release of Eno And Byrne's My Life In The Bush Of Ghosts, I'd weigh in with some lightweight comment of no worth.
A record bought on day of release (strangely by an ex-girlfriend who had a weird knack of knowing EXACTLY what would get my cultural antennae twitching - she introduced me to both Elvis Costello's awesome Get Happy AND Alistair Grey's Lanark; a book that makes more sense with every day that I grow nearer to death) and it's never really been off the Jones turntable for more than a couple of months since; it's THAT important to me.
What can I say, other than it still sounds amazing, though the digital buffing has made it sound more indebted to global dance music. 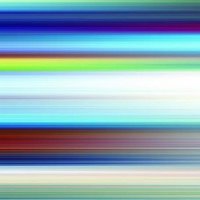 The cover swap is absolutely outrageous (esp. to a man who has a tattoo based on a King Crimson cover that was then changed on re-release) and seems to serve no purpose other than to distance it from its divine origins.
And yes, that means that "Qu'ran" isn't on it either...But the extras - earlier versions recorded before Remain In Light - are genuinely listenable. The final track "Solo Guitar With Tin Foil" goes so far as to be unspeakably lovely.
It's not two boffins coming to terms with the new relationship between song and singer (as I read somewhere), it's two boffins coming to terms with the fact that, at long last, the things we'd always dreamed of doing were now achievable (unless you were Holger Czukay - who did it all with sellotape, rubber bands and a dictaphone). We could now REALLY experience the Middle East mixed in with our industrial funk etc. Well done chaps...
Posted by Chris Jones at Sunday, April 16, 2006

Addendum: Apparently the cover is just a slipcase over the original. So what are they ashamed of eh?